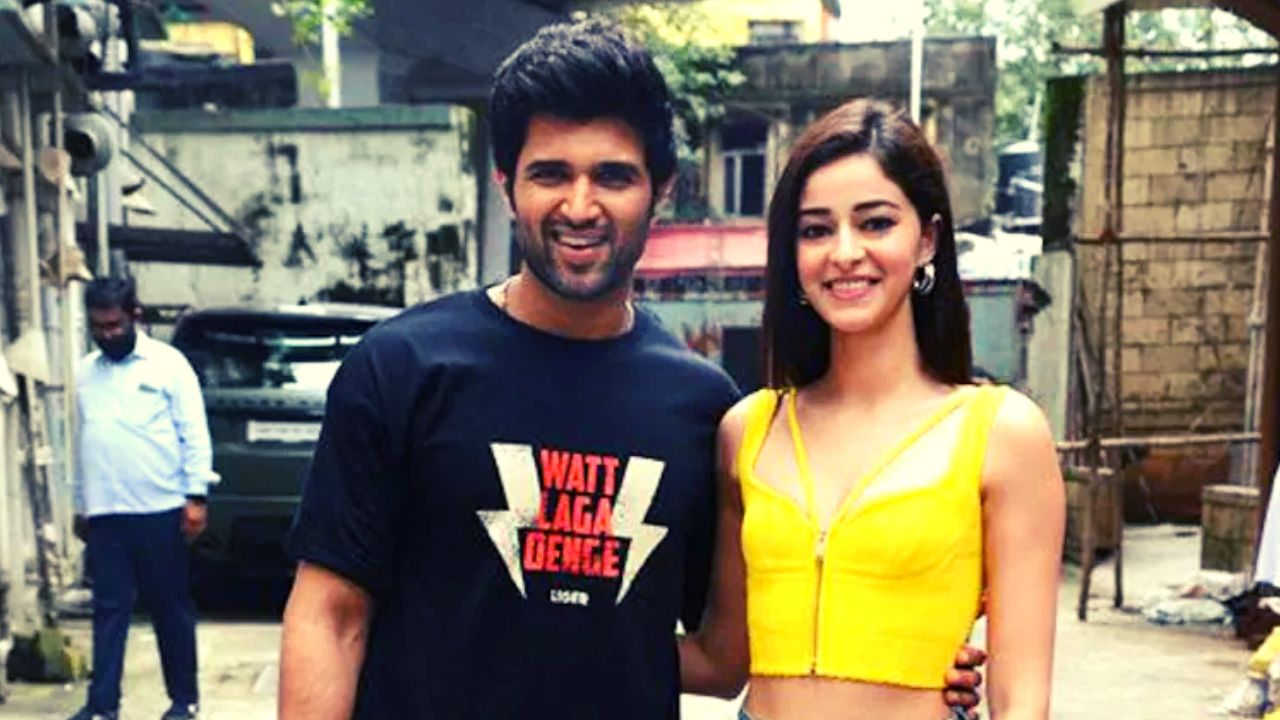 Due to their extensive marketing efforts for the upcoming movie, co-stars Ananya Panday and Vijay Deverakonda have quite the busy schedules. The south superstar will soon make his Pan India debut with the film Liger. On the couch of Koffee With Karan, Vijay and Ananya were last seen spilling some beans about their personal lives. There, they made some sizzling, insightful, and entertaining revelations. As Liger's release date approaches, the actors are doing everything in their ability to ensure its success. Vijay and Ananya are busy marketing the film and making stops at different sites to meet with people. However the team  recently had to postpone one of their promotional events, and the reason will shock you.

As we all know that Vijay acquires a mass following not only in South but also in Hindi belt and this crazy fan following of the star landed the whole team into trouble. According to a report in Etimes, Vijay Deverakonda and Annaya Panday toured a mall in Navi Mumbai to promote Liger. The moment the fans saw Vijay, though, they went bonkers. The craze reached such a height that few female fans even fainted while yelling ‘Vijay we love you’. Fans were seen crazily crying, yelling and cheering his name as soon as he entered the venue. As soon as fans realized they could see the actor, they rushed to the center of the stage, creating a swarm situation. Vijay and Ananya were forced to leave the event in the middle to safeguard their safety.

As per a source revealed by E times, “The moment Vijay took to the stage, there were sounds of swooning all round. The organisers and volunteers were shocked to see that a few female fans fainted and a few other girls started crying. Loads of fans had posters and sketches of Vijay and then the chants of ‘Vijay we love you’ started”

Puri Jagannadh is the writer and director of the forthcoming Indian sports action movie Liger. The movie, which was simultaneously filmed in Telugu and Hindi, will be released on August 25, 2022,under the banner of Dharma Productions and Puri Connects.