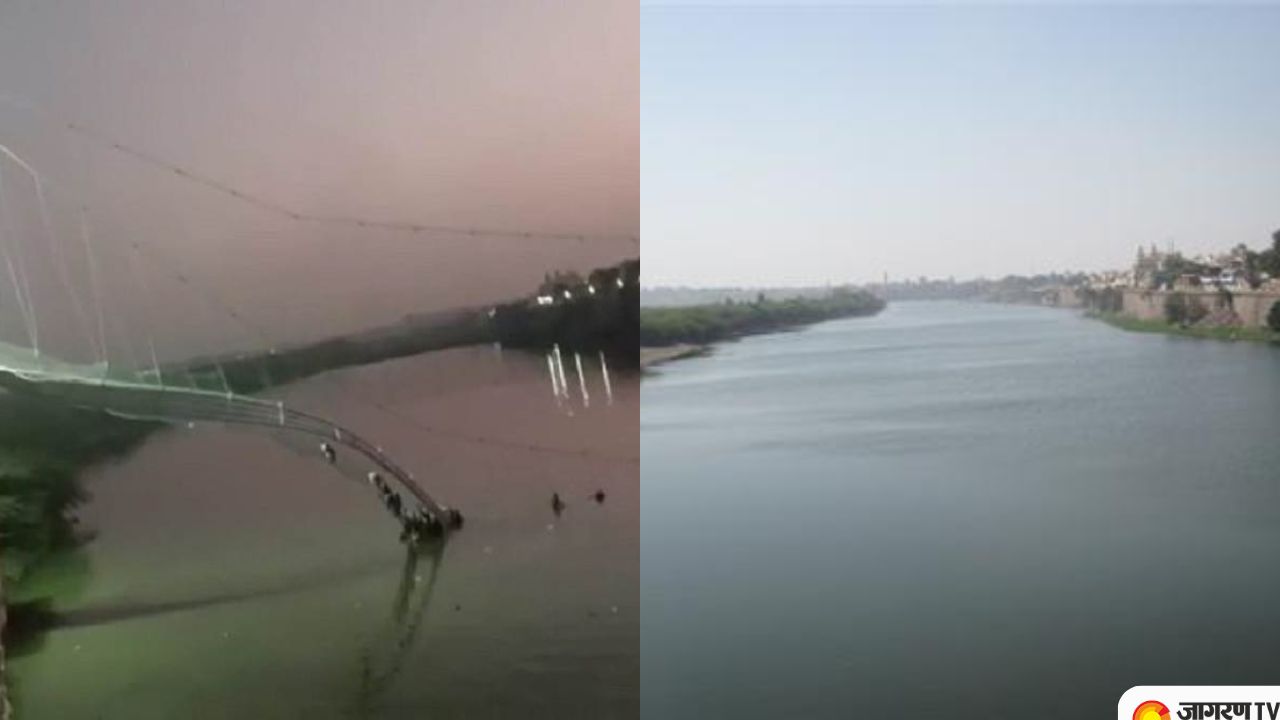 Morbi River Bridge:  On Sunday evening, the suspension bridge over the Machchhu river in Gujarat's Morbi collapsed, killing 141 people. According to the CCTV footage, people shook the bridge, causing it to collapse.

The Machchhu River at an elevation of 220 metres above sea level and located in Gujarat, western India, originates in the Madla hills. Its basin reaches a maximum length of 130 kilometres. The basin's total catchment area is 2515 km2. The river is also sometimes transliterated as the Machhu River.

More than 90 feared dead due to failure of suspension pedestrian bridge built across Machchhu river in the town of Morbi, Gujarat due to bad renovation and overcrowding. Machhu river is known for the worst dam collapse in Independent India on Aug 1979, killing >5000 in Morbi 1/3 pic.twitter.com/kYwsaH5M2m

At an elevation of 220 metres above sea level, the Machhu river rises in the hills of Jasdan near the village Khokhara in Chotila taluk of Surendranagar district. This is one of the north-flowing rivers in Gujarat's Saurashtra district. The Machhu basin is located between latitudes 22 o 10 and 23 o 10'North and longitudes 70 o 40'to 71 o 15'East. The river Machhu rises in the hill ranges of Jasdan, Sardar, and Mandva in Rajkot district, and Chotila in Surendranagar district, and flows in a north-westerly direction along the district boundaries of Surendranagar and Rajkot up to village Beti, then flows mostly north in Rajkot district, and finally disappears near Malia in the Little of Rann of Kutch.

Machchhu River is the tributary of which river