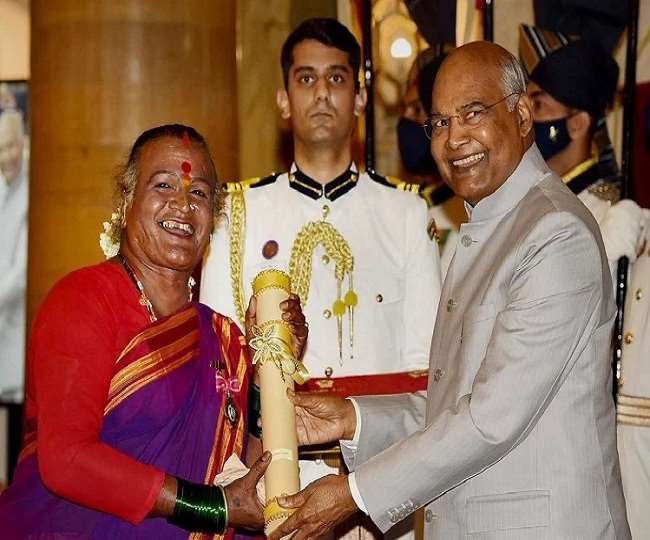 Born as Manjunatha Shetty, Manjamma Jogathi is an Indian Kannada theatre artist, dancer of Jogti Nritya, which is a folk dance form of North Karnataka, and a singer. Manjamma Jogathi in the year 2019 became the first transwoman to lead The Karnataka Janapada Academy, the state’s top institution for folk arts. While in the year 2021, Manjamma was conferred with the Padma Shri award by the Government of India for her extended contribution to the field of folk arts.

Padma Shri Manjamma Jogathi used to perform all across the state of Karnataka after she became a permanent dancer in Kaalavva’s Jogati dance group. Followed by Kaalavva’s death, Manjamma took over the group and worked towards making her dance popular among the people. In the year 2010, Manjamma was conferred with the Rajhotsava award by the Government of Karnataka.

It must be noted that Manjamma was initially appointed as a member of the Karnataka Jaanapada Academy, and later as the president of the same institution by the Government of Karnataka.