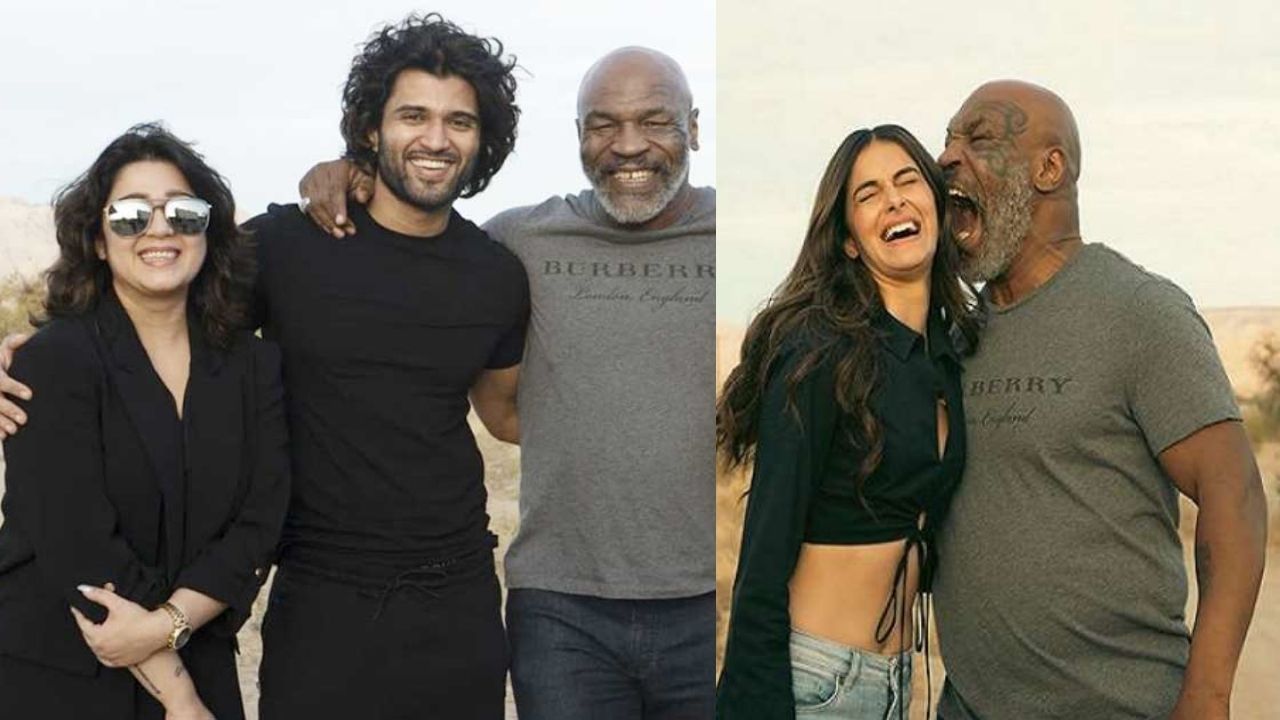 Legendary boxer Mike Tyson will soon be appearing in the much awaited ‘Liger’ alongside Ananya Panday and Vijay Deverakonda. Recently the trio were spotted shooting for the action packed movie where Mike Tyson recreated his famous Bite fight move with Ananya Panday. Those who used to follow the battle might be knowing the controversial ‘Bite fight’ of Mike Tyson’s career. The film is currently being shot in the United States.

On Wednesday, Ananya took to her Instagram to share the picture from their shoot schedule. Ananya uploaded a photo from the film's set in Las Vegas, in which she can be seen making a goofy pose with Mike. Tyson was seen recreating his bite style on Ananya Panday as they posed together for the photograph. While posting the picture, she wrote, “We’re clearly getting along really well."

For those who are wondering what this bite fight is about then let us tell you that it was one of the most controversial match of Tyson’s career and probably became one of the way to refer the boxer. The match that took place in 1997 was one of the turning point in his career after biting off Holyfield’s ear during the match he was disqualified, and his boxing license was snatched from him. This became one of the unforgettable moment in the history of sports.

Liger is an upcoming high on budget sports drama starring Vijay Deverakonda and Ananya Pandey. The movie will also mark the Bollywood debut of the legendary boxer Mike Tyson. Helmed by Puri Jagannadh the film is backed by Dharma Production. The film was supposed to be released in five languages in September, but it was postponed because to the rising COVID-19 instances.
India’s Got Talent 2021: Know Date, Time, Channel, Judges, Host, Past Winner and more
यह भी पढ़ें