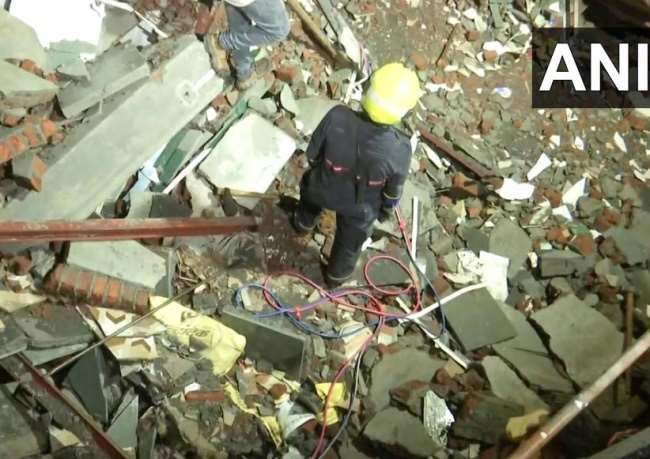 The Monsoon rains are wreaking havoc in Maharashtra currently. A four-story building collapsed in the Andheri area of Mumbai on Tuesday night. Five people are reported to have been injured in this incident. The injured people have been admitted to the hospital for treatment and more information is still awaited.

On Friday i.e., 23rd July 2021 too, a residential building collapsed in Mumbai's Govandi area at 4:58 AM in which four people were tragically killed and 11 people were badly injured. All the people who died in this accident were members of the same family. The condition of all those injured in the accident was said to be critical.

Maharashtra: A four-storey building collapsed in Andheri area of Mumbai last night. Five people sustained injuries in the incident and were admitted to a hospital. pic.twitter.com/cHu9euJOyH

The injured were admitted to Rajawadi Hospital in Ghatkopar and Lokmanya Tilak Memorial Hospital in Sion for treatment. However, two of the injured people died in the hospital itself. This incident is of plot number 3 of Shivaji Nagar in the Govandi area of Mumbai. BMC and fire brigade personnel reached the spot for rescue work as soon as the incident was reported. Seven fire tenders and a rescue van of the fire department, personnel of police, and other agencies were present at the spot for rescue operations.