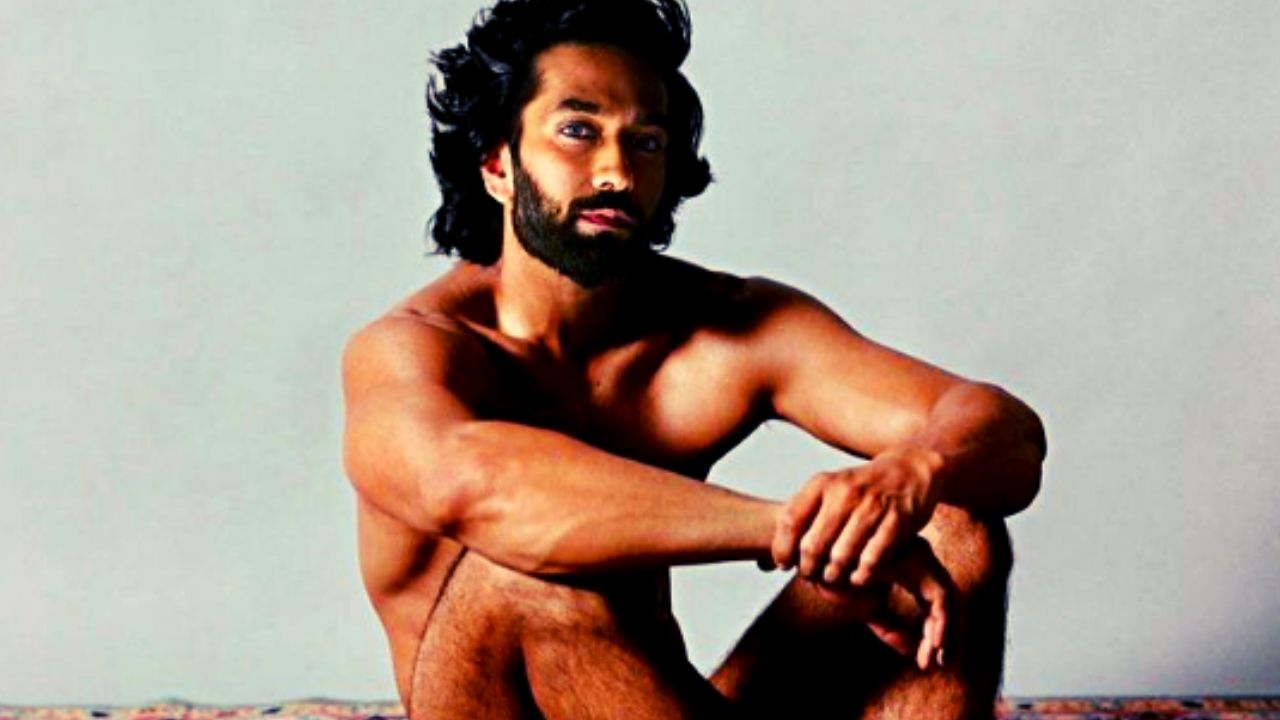 The internet has been bustling with views and opinions ever since Bollywood heartthrob Ranveer Singh stripped off for the paper magazine photoshoot. In the midst of all of this, TV actor Nakuul Mehta made a funny entry into the trend, and fans can't stop giggling. Following Ranveer's tweet, a number of memes bloomed online, but TV personality Nakuul Mehta recreated the shoot using a morphed photograph, and the outcome is hilarious. Furthermore, his wife Jankee Parekh's remark is the cherry on the cake.

Nakuul Mehta, a widely known television actor, uploaded a morphed image that had his face instead of one of Ranveer's naked images. While the image itself is too amusing to ignore, "Stone" rather than "Paper" was written in bold which left fans go rofl in the comment section. Nakuul captioned the photo as “Haters will say i borrowed @ranveersingh ‘s 𝓬𝓪𝓻𝓹𝓮𝓽STONE Editor in chief: @crayartistetmet. Take a look

Nakuul likes to experiment with different looks, but his most recent one caught attention after he joined the naked photos craze initiated by Bollywood sensation Ranveer Singh. Not only the fans but Nakuul’s wife Jankee Parek too cannot control her excitement and commented a funny reply “Dunzo’ing your boxers right away. Put ‘em on Now 😉”. His other industry friends too took the opportunity to tease the actor Reena Aggarwal wrote, “Stone or stoned”. Sharleen Sethi wrote, “Fabbbbb Naks uffff,  Karanvir Bohra commented, “I think you should go for it....