Navratri colours list 2021: Know all the nine colours of the Navratri, their dates and significance. 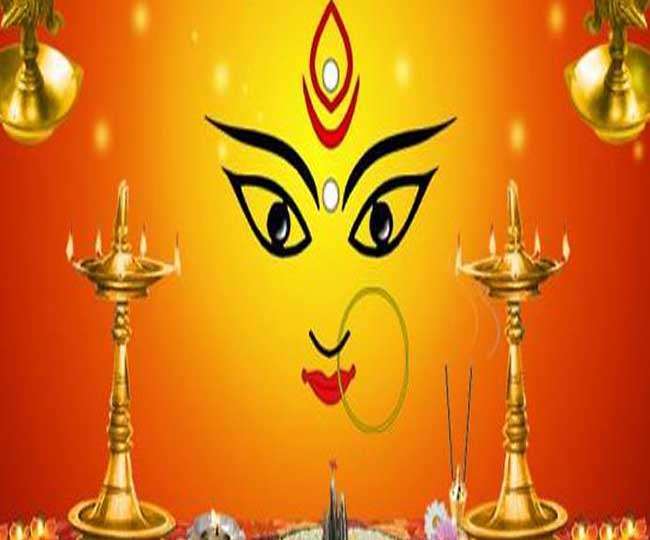 The festival of Navratri is around the corner and the devotees have begun the preparations to welcome Goddess Durga to their homes. Navratri comes four times every year. The one which is approaching is also known as Sharada Navratri and is one the most celebrated festivals of the year.

Navratri is a sanskrit word which means Nine Nights. For Nine days, nine different incarnations of Goddess Durga are worshipped. People celebrate Goddess Durga, the epitome of power, during these nine days.

Interestingly, the nine days aren’t just associated with the nine incarnations, but also have nine different colours associated to them. Here, lets have a look at those colours and the dates of Navratri:

Yellow-  The first day of Navratri festival starts with the rituals of Kalash Sthapana or Ghatasthapana. On this day Shailputri form of goddess is worshipped, that means daughter of mountain. Yellow colour is associated with this day and it symbolises joy and cheerfulness.

Green- The second day celebrates the unmarried form of the goddess- Brahmcharini. This form of goddess represents spiritual knowledge seeking female, for which the goddess heads towards verdant mountains for penance. Hence, the colour green signifies nature and energy.

Grey- The third day glorifies the Chandraghanta form. She carries grey coloured ardha chandra on her forehead, due to which grey colour is considered significant for this day.

Orange- The fourth day, i.e. Chaturthi, cherishes the Goddess Kushmanda, who is powerful enough to live in the Sun. The colour Orange is the symbol of her happiness and energy.

White- The fifth incarnation is Skanda Mata. Skanda is the name of Lord Kartikeya. Hence, the form represents the mother of Lord Kartikeya and is seen holding her baby in her lap. The colour white is significant for the day as it symbolises peace and purity.

Red- The sixth incarnation is Goddess Katyayani, who is considered as the warrior and is a very fierce incarnation of the goddess, believed to be formed out of the anger of Gods. Hence, the colour red represents action and vigour

Royal Blue- The goddess Kalratri is worshipped on the seventh day of the Navratri Festival.  She is considered to be the most ferocious and destructive form of the goddess. The colour Royal Blue symbolises her immense energy.

Pink- The eighth day glorifies Goddess Mahagauri, who is considered to be the fulfiller of all the desires. Hence, the colour pink symbolises hope and freshness of perspective.

Purple- The ninth incarnation of the Goddess Durga, Siddhidatri, is worshipped on the ninth day, i.e. Navami. She is the giver of knowledge and fulfills aspirations. Hence the colour purple is associated with her as it is the colour of ambition and power.

The Navratri Festival is celebrated to worship source of power, energy and knowledge, Goddess Durga. The festival witnesses large Pandals being set up where large idols of Maa Durga are established. Pooja is conducted for nine days and on the tenth day, i.e. Vijayadashmi, the idols are carried out in procession and immersed in Water.

The Sharada Navratri 2021 will commence on October 7,2021 and will conclude on the day of Vijayadashmi, which will be celebrated on October 15,2021
Rhea Kapoor says ‘ I was called silly for not believing in Karwa chauth’: see post
यह भी पढ़ें