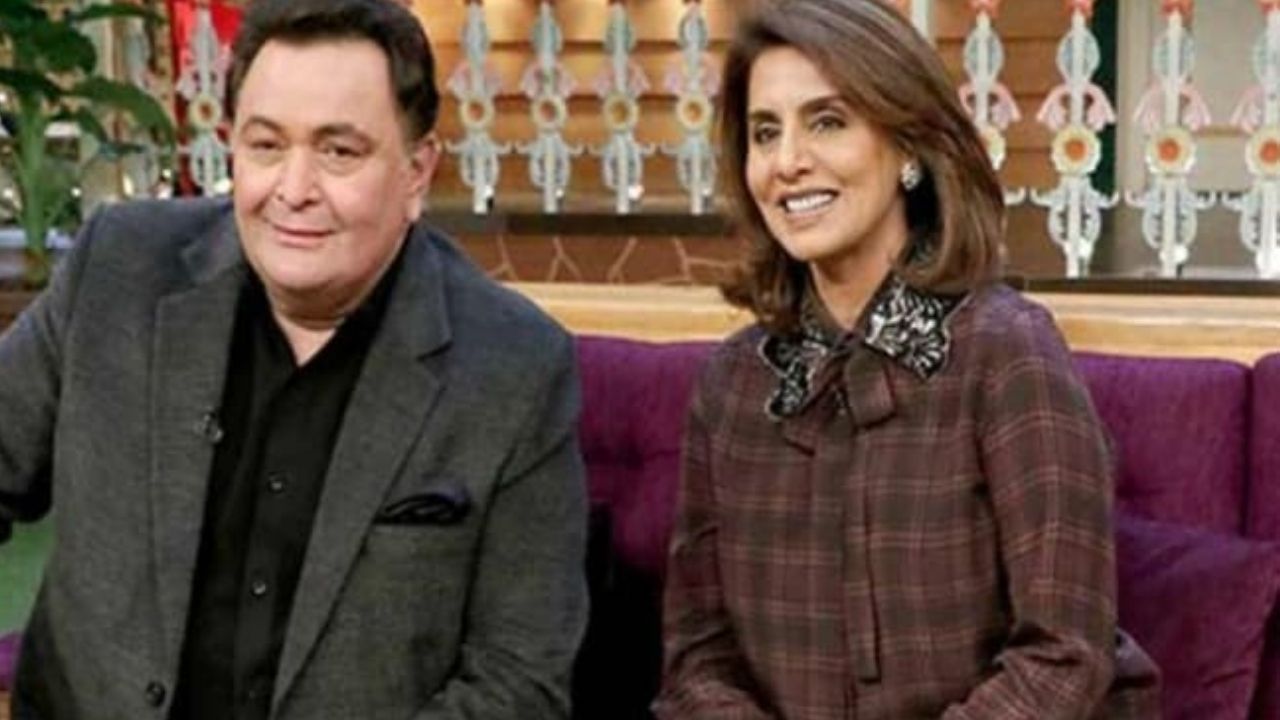 Neetu Kapoor missed her husband Rishi Kapoor and she shared some pictures with Rishi Kapoor. The pictures are from the sets of The Kapil Sharma Show. In the pictures, the couple was seen sitting close and giggling together. The pictures beautifully capture the chemistry of the couple as they both hold hands and exhibit a close bond. Neetu Kapoor wrote the caption “In remembrance” along with a heart emoji. Neetu and Rishi Kapoor’s Riddhima Kapoor Sahni also commented with a heart emoji on the post and remembered her father and parents’ wedding anniversary. Here is the Instagram post of Neetu Kapoor:

The actress Neetu Kapoor is 63 and Rishi Kapoor was 67, the couple enjoyed a long period of nearly four decades of matrimony. They both have Riddhima Kapoor Sahni and Ranbir Kapoor as their daughter and son.

Neetu Singh and Rishi Kapoor also had many professional associations as well.They both appeared in the same film in the youthful days as well as in the later days. To name some, they both shared the screen in the films like Do Dooni Chaar, Love Aaj Kal, Besharam, Zahreela Insaan, Zinda Dil, Rafoo Chakkar, Amar Akbar and Anthony, Anjane Mein, Dhan Daulat, Doosara Aadmi, Khel Khel Mein and Kabhi Kabhie.