Nick Jonas shows his Bollywood dancing skills on Jimmy Fallon; “Me & my wife Priyanka we…” 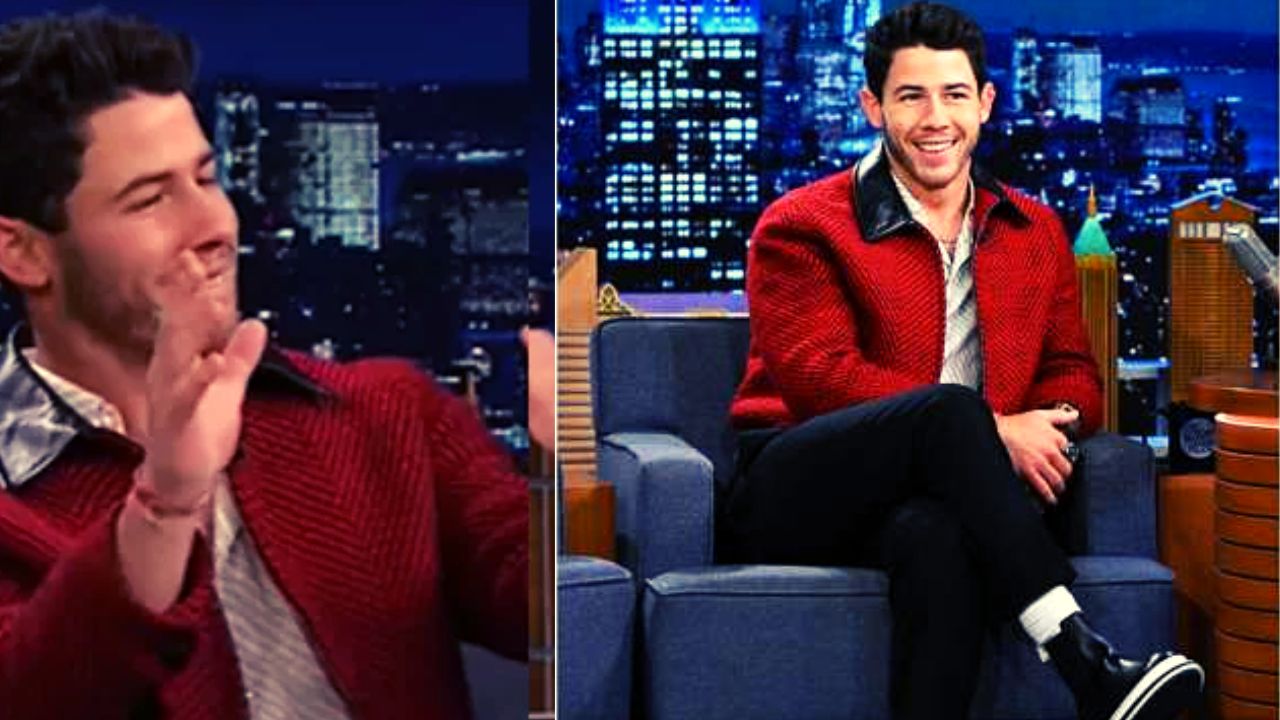 Priyanka Chopra and Nick Jonas are one of the most popular couples in India, America, and the rest of the world. Nick has already earned the title of national Jiju, since he is constantly seen immersed in Indian culture and Bollywood. This time, the singer/actor appeared on the iconic American talk programme Tonight with Jimmy Fallon, where he performed his favourite Bollywood dance step and left Jimmy in splits. But, the comment section was even more hilarious and filled with love showering from Indians.

A few hours ago the popular American Tv channel host, Comedian and actor took to his social media to upload the segment of Tonight’s show where Nick Jonas was seen talking about Bollywood songs and Priyanka Chopra. When asked what is his favorite Bollywood signature step, like every Indian he pulled off his hand together in the air & said this is a multitasking step.”Me and my wife Priyanka, she is an Indian so we dance to a lot of Bollywood music. I find that it is easiest to do. I can just do this move all the time. No matter whether I am sitting or standing, I can just do it and I look like I know how to do it. And you can keep the drink in your hand too."

Priyanka Chopra on the other hand reposted the same reel on her IG story while captioning it as , "Oh he knows with laughing and smiling emojis. One fan wrote “National jiju for a reason”, another said “Indian jugaad fits everywhere..”. For the unversed Priyanka and Nick recently welcomed their first kid together Malti Marie Chopra Jonas. Priyanka is currently shooting The Russo Brothers' Amazon Prime series Citadel, while Nick's Dancing with Myself, which will also star Shakira, started airing from May 31.