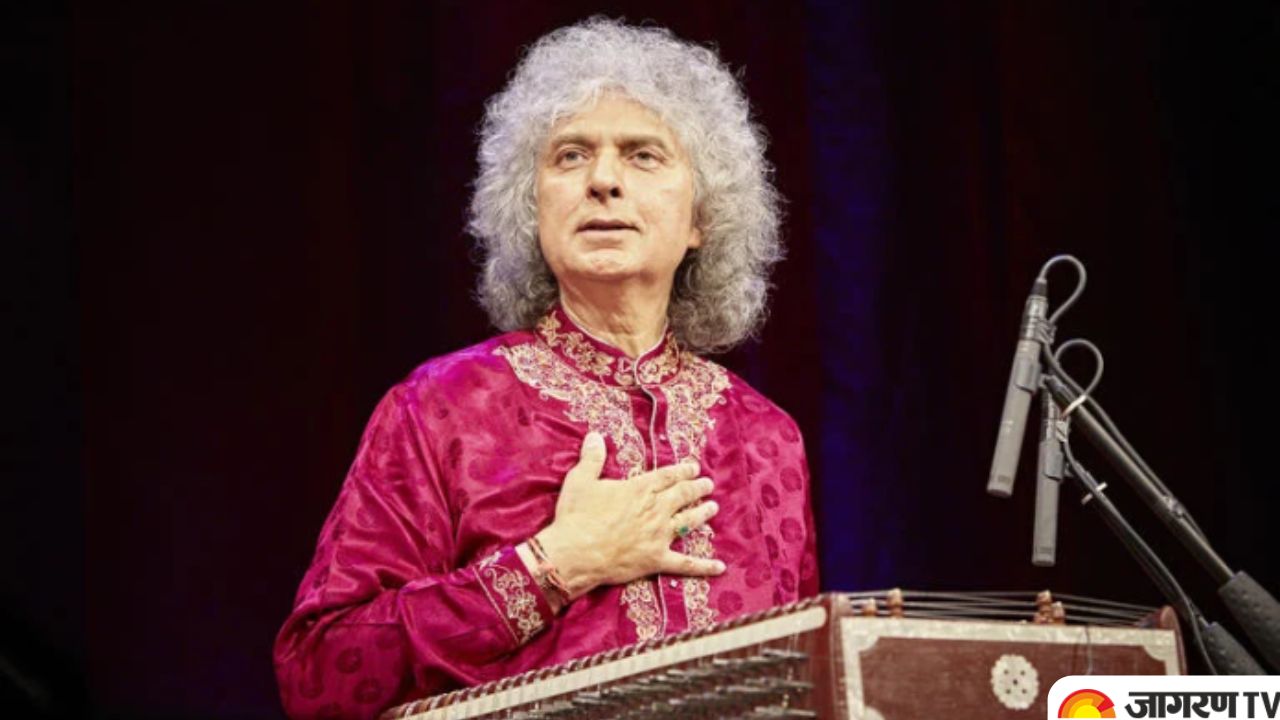 The renowned Indian music composer and santoor player, Pandit Shivkumar Sharma, passed away in Mumbai today. He was 84. He had been suffering from kidney-related issues for the last six months and was on dialysis. The cause of death was cardiac arrest.

"Our cultural world is poorer with the demise of Pandit Shivkumar Sharma Ji. He popularised the Santoor at a global level. His music will continue to enthral the coming generations. I fondly remember my interactions with him. Condolences to his family and admirers. Om Shanti," PM Modi said.

Our cultural world is poorer with the demise of Pandit Shivkumar Sharma Ji. He popularised the Santoor at a global level. His music will continue to enthral the coming generations. I fondly remember my interactions with him. Condolences to his family and admirers. Om Shanti.

One of the greatest legends of Hindustani classical music Pandit Shiv Kumar Sharma has passed away. A source of deep personal inspiration, I am bereft. Om Shanti! pic.twitter.com/CjyVzyo1X7

Pandit Shivkumar Sharma was born on January 13, 1938, Jammu, India was a noted Indian santoor player. Santoor is a Kashmiri folk instrument. He was born in Jammu to singer Pandit Uma Dutt Sharma. In an interview given to rediff.com in 1999, he told that his father started teaching him tabla and singing when he was just five years old. His father did extensive research on the santoor instrument and determined that Shivakumar should become the first Indian to play Indian classical music on the santoor. Then he started playing santoor from the age of 13 and later his father's dream was fulfilled. He did his first program in Bombay in 1955.

Shivkumar Sharma has collaborated with many musicians like Zakir Hussain and Hariprasad Chaurasia. He also composed music for Hindi films like "Daar", "Silsila", "Lamhe", etc. Some of his famous albums are Call of the Valley, Sampradaya, Elements: Jal, Sangeet Ki Parbat, Megh Malhar, etc. Son Rahul is also a famous Santoor player. Shivkumar Sharma is a recipient of many prestigious awards like Padma Shri, Padma Vibhushan, Sangeet Natak Akademi Award, Honorary Doctorate from Jammu University, Ustad Hafiz Ali Khan Award, Maharashtra Gaurav Award, etc. He also has the honorary citizenship of the city of Baltimore, USA This flawless musician really deserves these honors and more. The reading of his Santoor will keep us mesmerized for many years to come.

His wife is Manorama Sharma. He has two sons. Shivkumar Sharma made his son Rahul Sharma his disciple and made him proficient in santoor - playing.  Shivkumar Sharma presented the art of playing his unique santoor to his son Rahul. This pair of the father-son duo has been working together since 1996 in the santoor playing industry.

I had the good fortune of knowing Pandit ji & extend my deepest condolences to his son Rahul, who is carrying on the tradition. pic.twitter.com/DiRzPOiwJh

In 1955, he gave his first public performance in Bombay (present day Mumbai). After the year, he composed the background music for a scene in the film 'Jhanak Jhanak Payal Baje'. His first solo album was recorded in 1960.

In 1967, he collaborated with flautist Hariprasad Chaurasia and composer Braj Bhushan Kabra to produce a concept album titled 'Call of the Valley'. The album turned out to be one of the biggest hits in Indian classical music.

In 2002, he published his autobiography 'Journey with a Hundred Strings: My Life in Music'. He teaches Santoor music in the tradition of gurus without charging fees to his students, who come from all corners of India and Japan, Germany, Australia. And come to them from different parts of the world like America.

In 1988, apart from being a master of Santoor, Shivkumar Sharma is also a good singer. He alone gets all the credit for making the santoor a popular classical instrument. He had never even thought about the santoor while starting the music practice, his father decided that he should play the santoor. His first solo album came in 1960. In 1965, he composed the music for the famous Hindi film Jhanak Jhanak Payal Baje for director V Shantaram's dance-music.

In 1967, he made the album Call of the Valley with the accompaniment of famous flute players Pandit Hariprasad Chaurasia and Pandit Brijbhushan Kabra, which is considered very high in classical music.