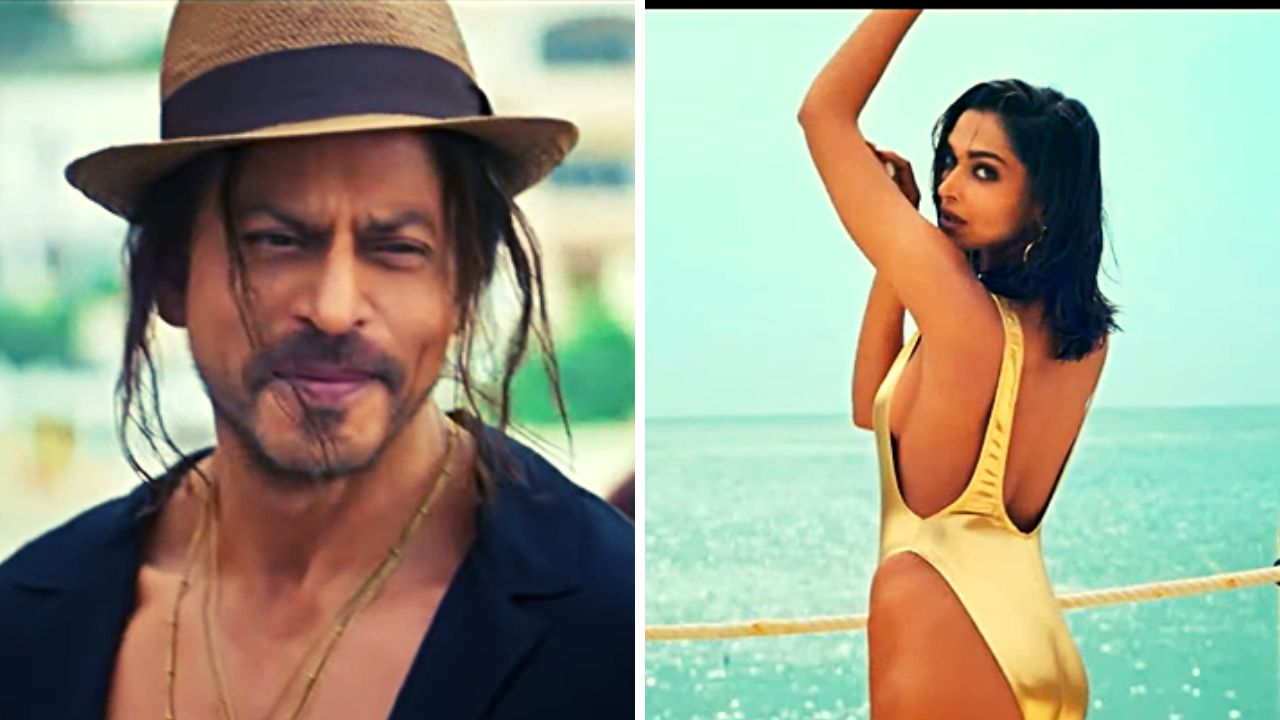 Pathaan Song Besharam Rang out: Here’s to making your Monday less mundane!!!a song which will make you sweat even in the shuddering winter, yes we are talking about one of the much awaited SRK’s comeback on-screen with the release of ‘Besharam rang’ song from the upcoming film Pathaan. First song from the album of Pathaan ‘Besharam Rang’ is out, where you will witness the never seen sizzling chemistry of Shahrukh Khan and Deepika Padukone oh boy it is as hot as the stills of the song had previously suggested. Well, we definitely cannot take our eyes off the duo and neither can the audience so here are the audience reaction for the same.

People who still can't get over Shahrukh's "to die for" look and Deepika's scorching avatar have already been singing along to the song since "Besharam Rang’ release.  Fans simply could not contain their excitement at SRK's man bun and chiseled physique, or Deepika Padukone's ultra-glamorous, temperature raising swimwear photos. Finally, the music is available now. Indeed, the temperature is exactly where we had anticipated it to be. Check out the audience reaction to it.

The sexiest song of the year is here!#BesharamRang #Pathaan @iamsrk pic.twitter.com/EatsrHZMGQ