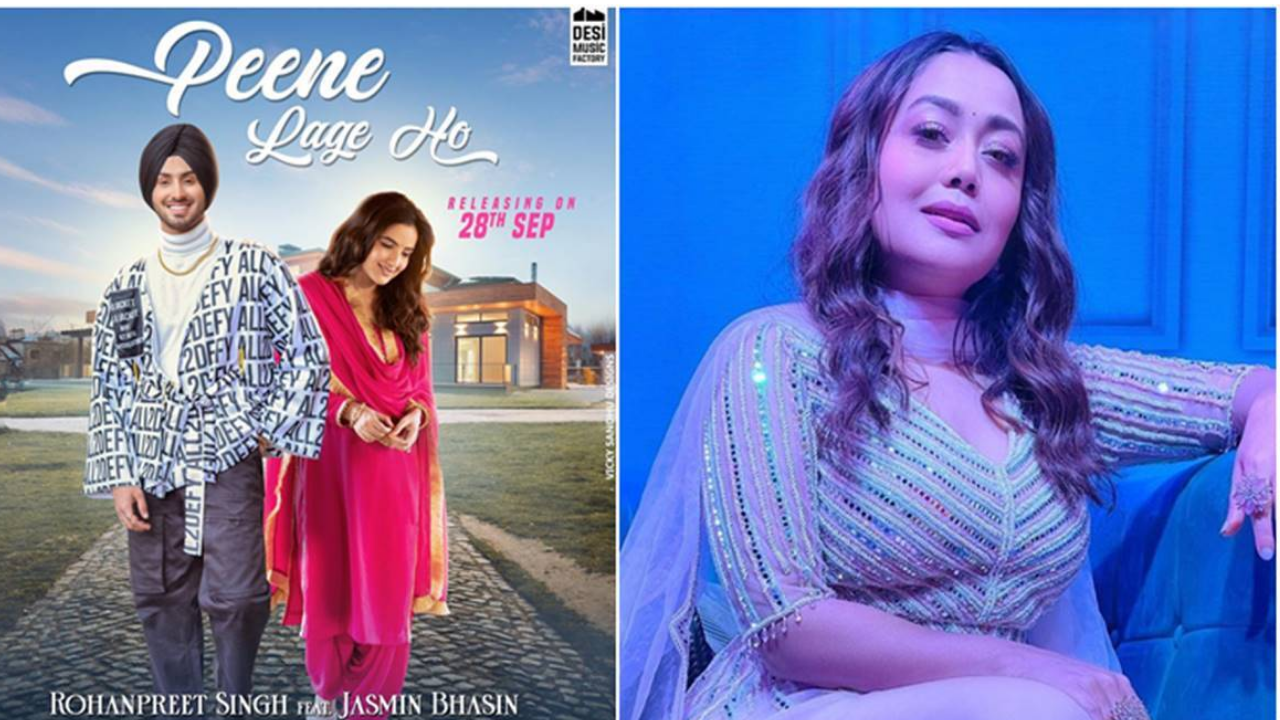 Neha Kakkar has now stepped into the Direction league for husband Rohanpreet Singh. The famous singer who is quite popular among the youth made an announcement on Wednesday that she has turned into the direction field for her husband’s Rohanpreet Singh’s upcoming music video ‘peene lage ho’. The song also features ex Bigg Boss contestant Jasmin Bhasin in the lead.

On wednesday Rohanpreet Singh took to his Instagram Handle and shared the first look of the song among his fans he also used the opportunity to thank her multi talented wife Neha Kakkar for directing the song and said that this is my life’s most special song. ‘Peene Laga Ho’ is the upcoming single of Punjabi singer Rohanpree Singh. While sharing the poster of the song, he wrote “Meri Life ka Sabse Special Gaana hai ye Kyonki iska DIRECTION Meri Bohot Pyaari Wife Nehu ne Kiya hai!!#PeeneLageHo by @rohanpreetsingh ft @jasminbhasin2806 Directed by @nehakakkar  Out on 28th September on @desimusicfactory YouTube channel!.

After the news was shared, fans of both the singer’s congratulated them on their personal Instagram handles. Where at one side fans of Neha Kakkar cleberated her debut in the direction field, the other side fans of Rohanpreet singh congratulated him for his upcoming single. The couple is labeled as the cutest by neitzens . In the poster, Ex Bigg Boss contestant Jasmin Bhasin also staeled a lot of limelight as the actress is looking completely different and fans are excited to see her on the big screen.

While Neha Kakkar's followers were delighted, Jasmin Bhasin's fans were alsob amazed by the news. One fan said, "Always good to see you performing’ another said, “One more hit on the way, keep rocking”.

The Tashn-e- Ishq fame Jasmin Bhasin also shared the news on her Instagram handle and wrote alongside “#PeeneLageHo by @rohanpreetsingh ft @jasminbhasin2806 directed by @nehakakkar out on 28th September on @desimusicfactory YouTube channel.”

Jasmin Bhasin is a well known personality on television. She is known for her cute and bubbly personality and managed to win a million of heart when the actress made an entry in the Bigg Boss house last season. Although she failed to make it to the end, but the show for sure made her earn a lot of followers and admirers.