PM Modi to dedicate 7 new defense companies to the nation this Dussehra 2021, know the details here 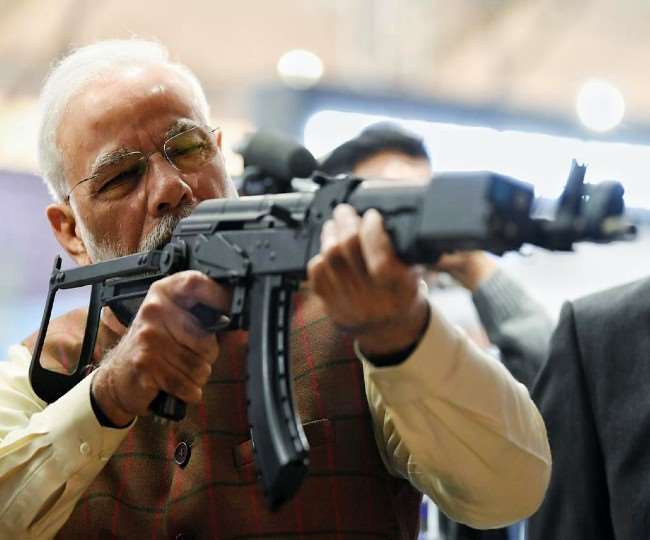 Prime Minister Narendra Modi will dedicate seven new defense companies to the nation on the auspicious occasion of Vijayadashami today. PM Modi will deliver a video address at an event organized by the Defense Ministry while Defense Minister Rajnath Singh and representatives of defense industry associations will be present on the occasion.

Referring to the seven new defense companies, the Prime Minister's Office (PMO) said that the government has changed the Ordnance Factory Board from a department to seven wholly-owned government corporations as part of a move to improve self-reliance in the country's defense preparedness. have decided to change.

The Prime Minister will dedicate these seven DPSUS to the nation at 12:10 PM on 15th October,  Friday. The Ministry of Defense issued an order on 28th September saying that from 1st October, the Ordnance Factory Board has been abolished and 7 new companies have been formed.

These seven companies to be dedicated to the country:

Petition filed in both the courts to form 7 corporations:

The Ministry of Defense issued an order on 28th September saying that from 1st October onwards the Ordnance Factory Board has been abolished and 7 new companies have been formed. Now workers will not be able to go on strike in factories or instigate anyone as doing so can result in fines along with imprisonment.

However, both these trade unions have filed a petition from the High Court to the Supreme Court against the formation of 7 corporations by abolishing the Ordnance Factory Board of the government. From the uniforms for the army, the workers of factories manufacturing arms, ammunition, cannon, and missiles are not only angry against the government but are also angry.