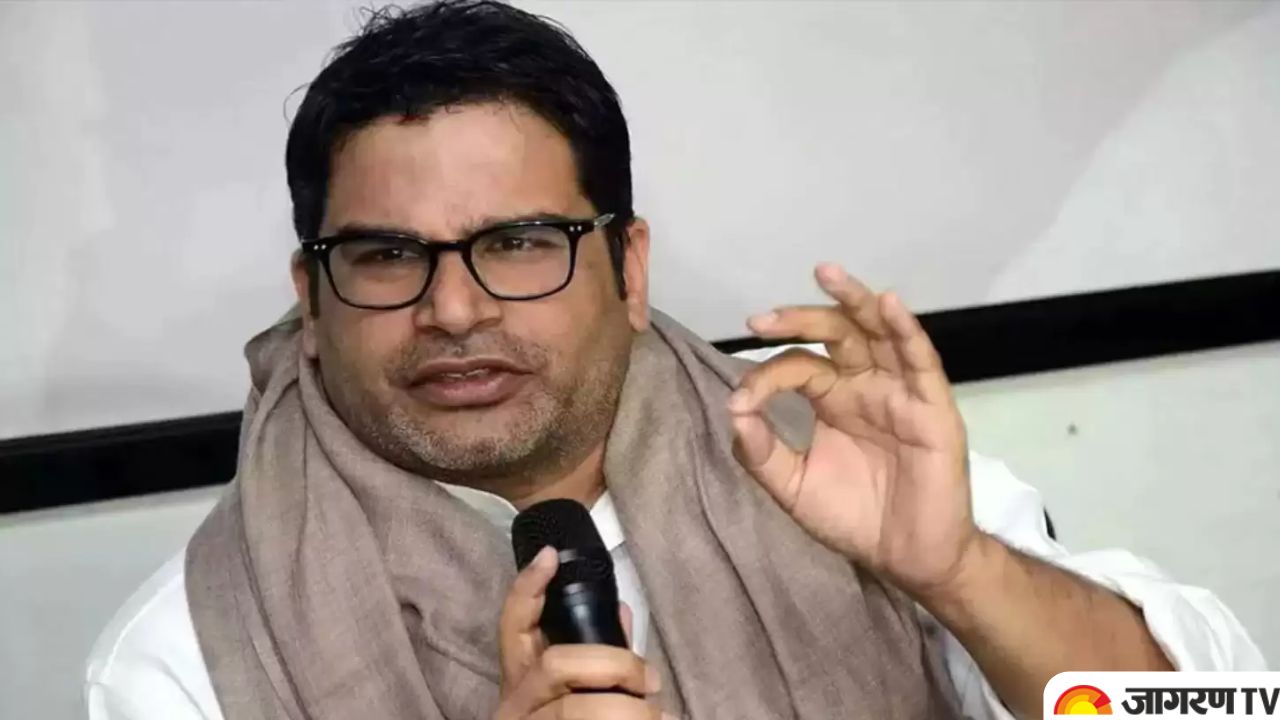 Prashant Kishor Biography: Prashant Kishore said that there is a need to change the political condition and direction of Bihar. For this he will undertake a padayatra, during which he will meet more than 17 thousand people in 3-4 months. The journey of three thousand kilometers will start from West Champaran on 2 October i.e. on Gandhi Jayanti.

In next 3-4 months, I'll meet many eminent persons of Bihar who can help build idea of ‘Jan Suraaj’ (good governance) & make them part of it. I'll embark on 3000 kms 'Padyatra' across Bihar from Oct 2, Gandhi Ashram, West Champaran: Poll strategist Prashant Kishor pic.twitter.com/9GR0JzYMug

He was born in 1977 and belongs to the Konar village of Rohtas district. Later, his father shifted to Buxar in Bihar. He completed his secondary education in Buxar and then moved to Hyderabad to pursue Engineering. His wife's name is Jahnavi Das (Doctor). The couple has one son. Before joining Indian politics, he was working as a public health specialist at the UN. For various political parties including BJP, Congress, he had planned strategies for election.

In 2011, his first-ever major political campaign was to help Narendra Modi, Chief Minister of Gujarat in assembly elections. He got re-elected as a CM for the third time in Gujarat Assembly Elections (2012). He earned immense popularity.

In 2014, he helped Narendra Modi led Bharatiya Janata Party (BJP) to win the Lok Sabha election and the party came up with an absolute majority in the country. Therefore we can say that he was one of the major strategists in the BJP pre-election campaign.

How did he work for the general-election campaign 2014?

As discussed above, he founded CAG which is a media and Publicity Company in preparation for the May 2014 general election in India.

He was credited for formulating an innovative marketing and advertising campaigning for Narendra Modi including the Chai pe Charcha discussions, 3D rallies, Run for Unity, Manthan, and social media programmes.

According to Nilanjan Mukhopadhyay, author of 'Narendra Modi: The Man, The Times' told that Prashant Kishor was one of the most important people in Narendra Modi's team in driving strategies for months before 2014 elections.

It is a platform for students and young professionals to make their choice, participate and make meaningful contributions to political affairs and governance of the country, without being a part of a political party.

It has brought some of the best minds from different academic and professional backgrounds together. It provides a unique opportunity for members to become a part of the election process and influence policymaking in India.

The CAG members and Prashant Kishor together as I-PAC worked with Nitish Kumar for a third-time win in the 2015 Bihar Assembly Elections. Prashant Kishor decided the strategy, resources, and alliances for the campaign. With the I-PAC he had designed a slogan "Nitish ke Nishchay: Vikas ki guarantee"(Nitish's vow: development guaranteed).

Nitish Kumar wins the third time and appointed Prashant Kishor as his advisor for planning and programme implementation. He also had to find out the ways for the seven-point agenda that was promised during the Bihar election campaign.

In January 2020, the relationship couldn't continue and he was expelled from the Janata Dal (U) Party.

He helped the candidate of Congress Party Amarinder Singh in the Punjab Assembly election. He also wins the election and become the CM. Before that, the party had lost two consecutive elections in the state.

For 2017 UP election campaign, he was also employed by the Congress party. This time it could not work and the party lost the election.

In May 2017, Prashant Kishor was appointed as a political advisor to Y.S. Jaganmohan Reddy. He with I-PAC formulated and designed several electoral campaigns like "Samara Sankharavam", "Anna Pilupu", and the "Praja Sankalpa Yatra" with an attempt to change the image of the party. He won the election with a large majority that is 151 seats out of 175.

Prashant Kishor was the election campaign strategist for Aam Aadmi Party in the 2020 Delhi Legislative Assembly election. The party also wins the election.