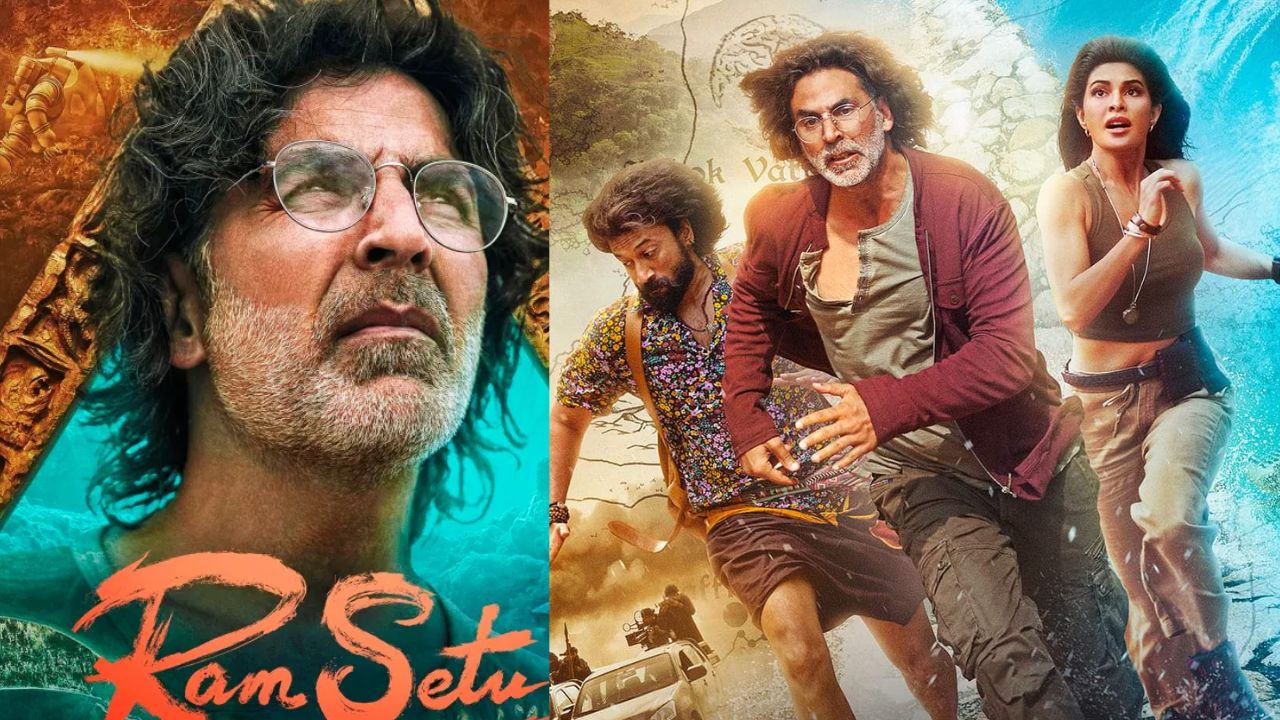 Ram setu movie reaction: Action-adventure movie starring Akshay Kumar, Jacqueline Fernandez, and Nushratt Bharuccha ‘Ram Setu’ is surely winning over the audience out there who are hailing the film as one of the best ‘Diwali Gifts’. After being the subject of controversy for a long time and back to back flop films, it seems like this time Akshay Kumar is unstoppable with his visual extravaganza. The craze on social media and the first reaction of the film is so grand that a few users even compared Kumar to Indiana Jones from Bollywood.

In a race against time, a former atheist archaeologist seeks to establish the authenticity of the legendary Ram Setu before evil forces demolish an essential component of Indian history. Ram Setu discusses India's political influence, religious heritage, and cultural hegemony. The movie, which draws parallels between mythology and a lot of action and adventure, has some intriguing turns. Fans believe that the film will do wonders if not on the box office then for the career of Akshay Kumar who is failing to please the audience from the past few attempts.

One word Review #RamSetu AN ADVENTUROUS RELIGIOUS RIDE ⭐⭐⭐⭐ Best DIWALI Gift for Movie Lover after Long Time Superb Visual Effect and VFX#AkshayKumar still the Show
Direction was Mind-Blowing,
Supporting Actor Guy was Hilarious
Hold your Breath you will not Disappoint 4 Sure pic.twitter.com/SNOdPPT7eV

Watched #RamSetu FDFS in Melbourne #RamSetuReview: ⭐⭐⭐⭐ 4/5
Movie is adventure puzzle hunt to prove existence of Ram and Ram Setu.
What comes across will emotionally shock us. #AkshayKumar is in Indiana Jones avatar full of energy.#Satyaraj is superb.
Superhit Loading. pic.twitter.com/DAM34mhKMu

Can't believe it performance, this is mind blowing & unbelievable performance 😲😲😲

Just Watched #RamSetu
Oh my God! What an EPIC movie.#RamSetuReview: ⭐⭐⭐⭐ 4.5/5 Movie is adventure puzzle hunt to prove existence of Ram and Ram Setu. What comes across will emotionally shock you. #AkshayKumar best movie till date. B-L-O-C-K-B-U-S-T-E-R pic.twitter.com/MP8UgjxUIE

#RamSetu is a remarkable one that will always have a special place in my heart. Matlab yaar still can't believe ye film Bollywood ne banayi hai!! Finally they have proved ki Ram Setu hamari history hai, dharohar hai. So Proud of this movie ❤️ https://t.co/1xdpm4NqR9

The film directed by Abhishek Sharma debuted during a long Diwali weekend. Ie. on 25th October 25 clashing with Sidharth Malhotra’s ‘Thank God’. It would be interesting to see who would rule the box office among the two. Talking about the clash Akshay said “There's no clash. No, let's not call it that. On the same day, two films with various appeals are being released. It has occurred in the past and will continue to do so. Fans will decide to watch the one that best appeals to them, or even better, both. The major goal is for our fans to take their friends and family to the festival of films.”