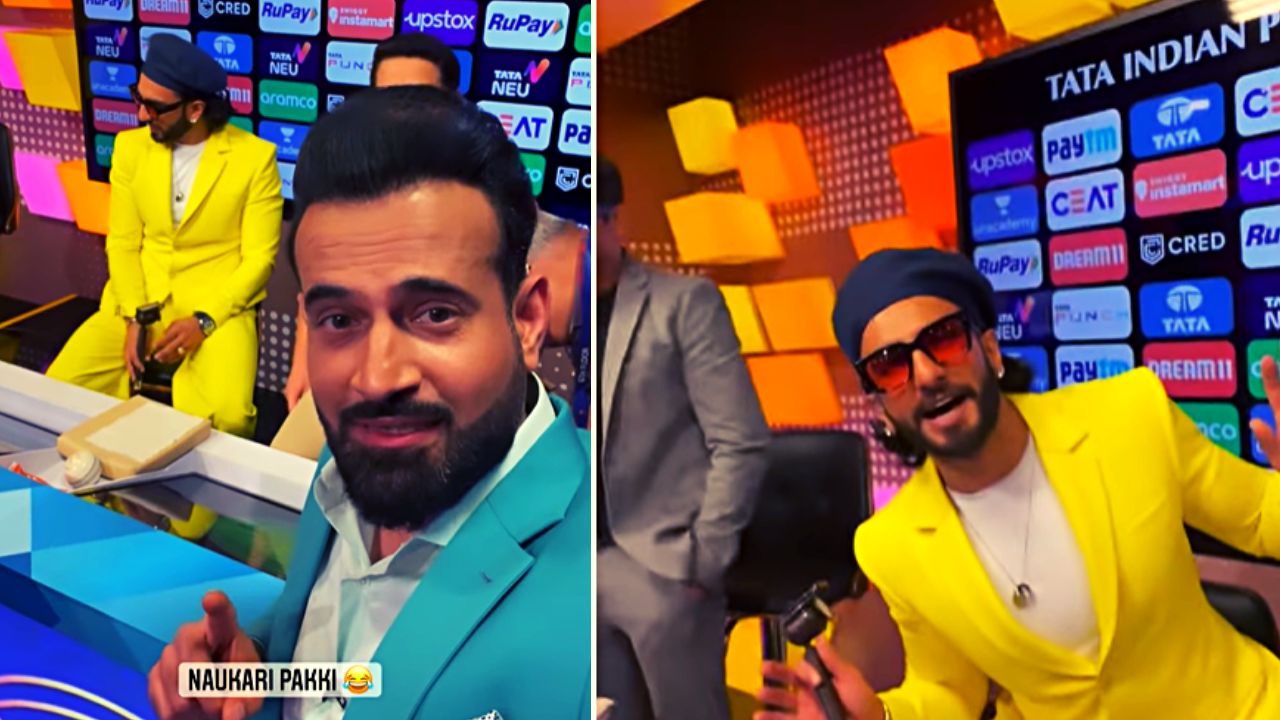 Ranveer Singh is currently busy with the promotion of his upcoming film Jayeshbhai Jordaar based on a social issue combined with humor, every now and ten we can see Ranveer’s interaction with fans in promotional events & shows donning a tangerine colored outfits, which is probably the theme color of Jayeshbhai Jordaar. But, this time Ranveer straight went up to give his commentary for the ongoing IPL 2022 match between RCB & Sunrisers Hyderabad along with former cricketer Irfan Pathan. Now Irfan Pathan has shared a hilarious candid video of Ranveer in which he is crying to get a job in commentary & refusing to leave the stand.

Irrfan shared the video on Instagram and wrote: “What guy. Clearly they ??” (shall we lock the decision) #entertainment, “and subtitled the photo by” Naukri pakki by adding laughing emojis. Even after his screen time is over, the video shows Ranveer in a yellow suit sitting with the panel. When Irrfan tells Ranveer that the film is over, he says:“Mujhe nahi jana. Mujhe kahin nahi jana yar, mujhe yahi rahna hai. Meri naukri laga do Irfan saab (I don’t wanna go anywhere, I want to stay get me a job please’.

Soon the comment section was filled with hilarious comments one user wrote “Ranveer is really a gem while another wrote  “He knows lots of cricket and he is doing good commentry on the star sports. @irfanpathan_official bhaijaan Aapki naukri bachake rakho ”. During the match Ranveer also said that he was waiting for Virat Kohli to return in his form but, will always be a fantastic cricketer.

Talking about the film, Jayeshbhai Jordaar is slated to be released on May 13. Helmed by Divyang Thakkar and backed by Aditya Chopra. It also stars Shalini Pandey, Ratna Pathak Shah and Boman Irani