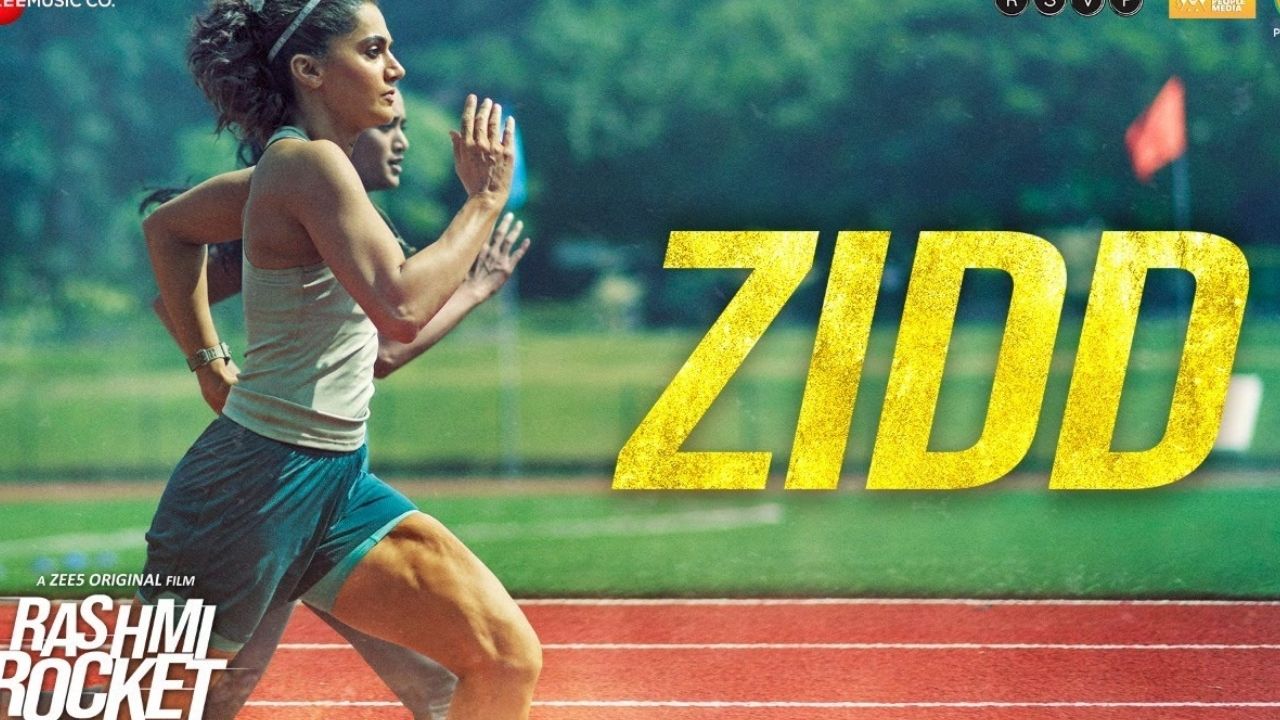 Tapsee Pannu’s much awaited film inspired by India’s star sprinters Dutee Chand and Hima Das life Rashmi Rocket is soon going to hit the OTT screen this Dussehra. Since the movie is just a few days ahead of it’s premiere, the makers of the show has released the song from the movie titled as ‘Zidd’. The song mirrors well its name of never say die attitude. From the posters to the teaser, trailer and now song combined proves that Tapsee has done a pure justice to the film. The actress also went under a massive body transformation for the role of the athlete in the upcoming movie.

Taapsee Pannu, Priyanshu Painyuli, and Abhishek Banerjee star in the song "Zidd" from "Rashmi Rocket." Sung by Nikita Gandhi, Amit Trivedi composed the music for the same. Lyrics by Kausar Munnir. Earlier taking to her official Instagram I'd the actress wrote “Hard work, resilience and the stubbornness to win are what lead to success. #Zidd OUT NOW!#RashmiRocket Premieres 15 Oct on #ZEE5.

In the song, we can see Tapsee aka Rashmi who trains to be a successful sprinter and finally win honours for our country. Not only does the song represent an unbreakable character, but it also encourages listeners to never give up on the things you love the most. Let the haters hate. Few days back teaser and poster of the film was released which Tapsee also shared it on hersocial media unfortunately the actress has to deal with some hate comments for her manly body transformation to which the savage queen who is also famous and known to troll those who tries to troll her gave a befitting reply and said I will take these comments as a positive one since the film also questions gender testing among female athletes.