RRR bags the best original song at Golden Globe award ‘best news to wake up to’, Twitter explodes with joy 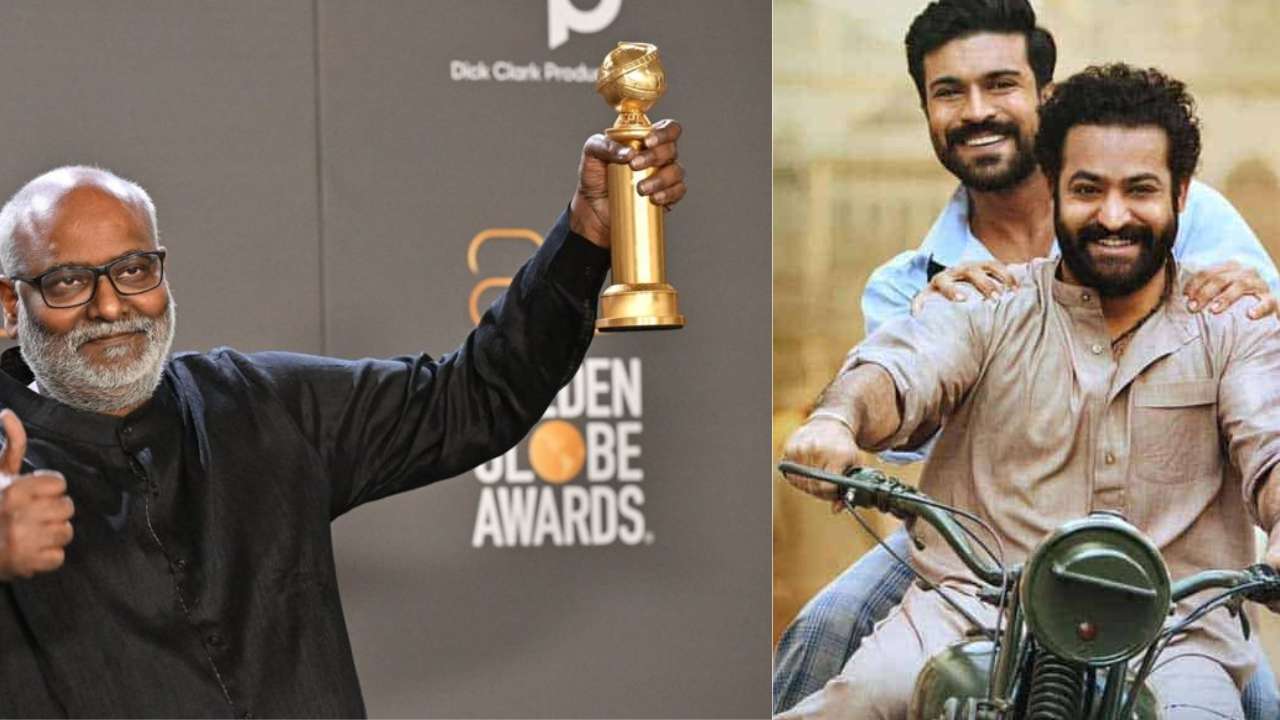 SS. Rajamouli’s RRR after swaying millions of hearts globally is still soaring high. History has been made as RRR’s song ‘Naatu Naatu’ bagged the phenomenal achievement at the golden globe awards 2023 and this is definitely the best news India can wake up to. One of the two categories in which the Jr. NTR and Ramcharan’s hit was nominated as Best Original Song for Naatu Naatu. However the film failed to win the best non english film award and lost to Argentina 1985 from Argentina. But, winning such a huge accolade at the global scale was indeed a joyous moment for millions of fans in India who are busy trending twitter hashtags.

SS Rajamouli, Jr. NTR, and Ram Charan and his  wife Upasana Kamineni were present for the big night representing the whole cast of RRR at the Golden Globe. Previously SS Rajamouli won Best Director at the New York Film Critics Circle Awards for his work on the masterpiece RRR managed to gross over 1,200 crore worldwide and was hailed as one of the all time hit not only in the domestic market but also on by the international artists, actors and directors.

INDIAAAAAAAA…. THIS IS THE BEST NEWS to WAKE UP TO!! 🇮🇳🇮🇳🇮🇳#NaatuNaatu becomes the first ever Asian song to win a #GoldenGlobes . 🤘🏻🌋 #RRRMovie pic.twitter.com/LXHZqhmNaY

This is pure joy! ❤️

Never seen an Indian film receive so much love and adulation globally. This is from #RRRMovie screening at #BeyondFest 🎥

Give it the Oscar for Best Original Song already 🏆pic.twitter.com/hFU6haYLB3

RRR is produced by DVV Danayya and directed by SS Rajamouli, the man behind Bahubali. MM Keeravani composed the soundtrack for the movie.  RRR has also submitted itself for candidacy in a number of Oscar categories, and it anticipates receiving nominations in at least one. Earlier the director of The Kashmir Files shared on twitter that the film has been nominated for the 95th academy awards or Oscars 2023 and now all the eyes are on films like RRR and Kantara.