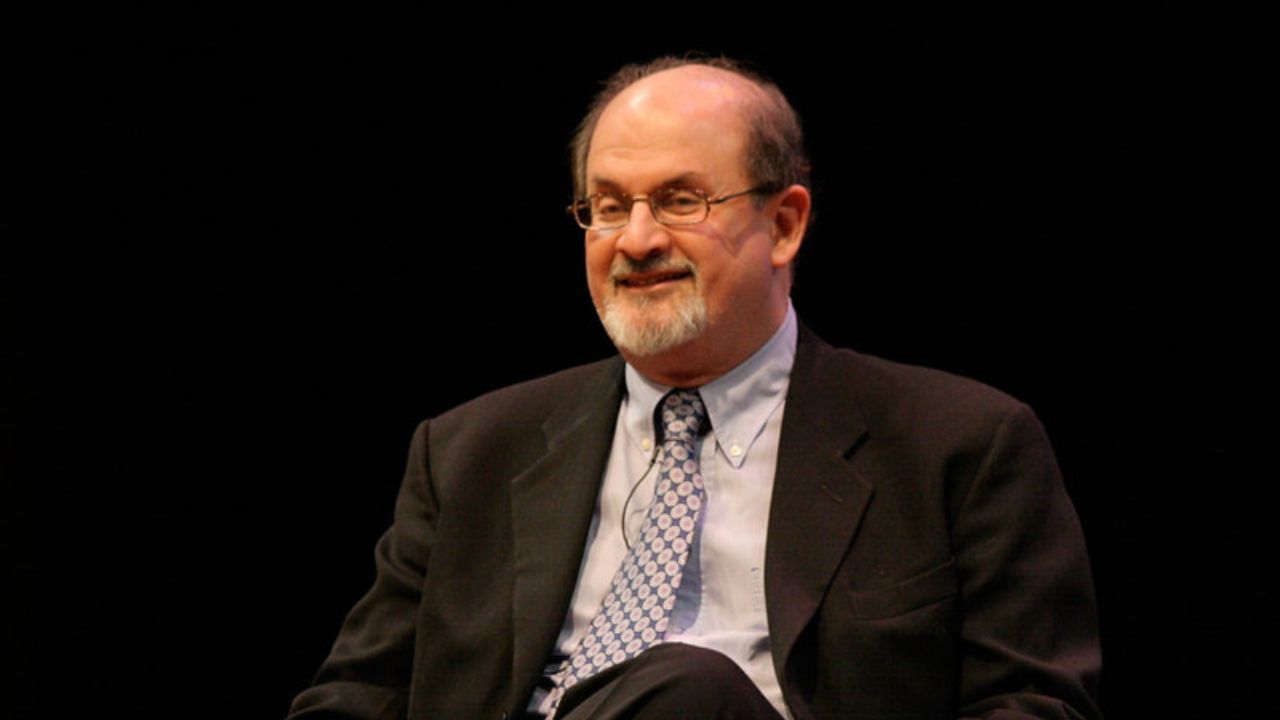 Sir Ahmed Salman Rushdie is an Indian-born British-American novelist. His work often combines magical realism with historical fiction and primarily deals with connections, disruptions, and migrations between Eastern and Western civilizations, set on the Indian subcontinent. He is a British Indian novelist and essayist and has been famous for his controversial book 'The Satanic Verses'.

Ahmed Salman Rushdie was born in Bombay on 19 June 1947 during the British Raj, into an Indian Kashmiri Muslim family. Rushdie grew up in Bombay and was educated at the Cathedral and John Connon School in Fort, South Bombay before moving to England from India to attend the Rugby School in Rugby, Warwickshire, and then King's College, Cambridge, from which he graduated with a Bachelor of Arts degree in history.

Rushdie has been married four times. He was married to his first wife, Clarissa Luard from 1976 to 1987 and fathered a son, Zafar who is married to the London-based jazz singer Natalie Rushdie. His second wife was the American novelist Marianne Wiggins; they were married in 1988 and divorced in 1993. His third wife, from 1997 to 2004, was Elizabeth West; they have a son, Milan. In 2004, he married Padma Lakshmi, an Indian-American actress, model, and host of the American reality-television show Top Chef. The marriage ended in 2007

Salman Rushdie is the author of ten previous novels— Grimus, Midnight's Children (for which he won the Booker Prize in 1981, the Booker of Bookers in 1993, and, in 2008, the Best of the Booker), Shame, The Satanic Verses, Haroun and the Sea of Stories, The Moor's Last Sigh, The Ground Beneath Her Feet, Fury, Shalimar the Clown, and The Enchantress of Florence. He has also published four works of non-fiction, a collection of short stories, and edited two fiction anthologies.

In June 2007, Rushdie was appointed a Knight Bachelor by Queen Elizabeth II for services to literature. He holds the rank of Commandeur in the Ordre des Arts et des Lettres of France and began a five-year term as Distinguished Writer in Residence at Emory University in 2007. In May 2008, he was elected to the American Academy of Arts and Letters, and also in 2008, the London Times ranked Rushdie thirteenth on their list of ""The 50 greatest British writers since 1945"".

For two years he served as president of The PEN American Center, the world's oldest human rights organization, and is the chair of PEN's World Voices Festival of International Literature, an annual literary festival he began in New York in 2001. Rushdie is currently working on the film version of Midnight's Children.