Sanjay Leela Bhansali To Debut His OTT Career With Heeramandi On Netflix. 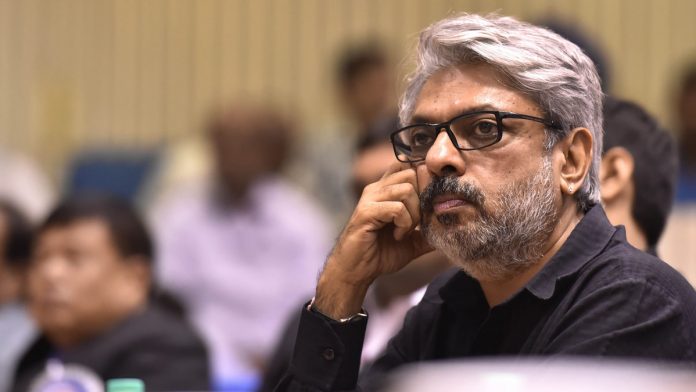 Bollywood filmmaker Sanjay Leela Bhansali known for his majestic, operatic style of filmmaking, will now prepare his sights on the small screen with Netflix series "Heeramandi."

Netflix India shared a glimpse of the poster:

The series is based on pre-independent, undivided India, in the Heeramandi area of Lahore, which is now in our sweet neighbour Pakistan.

“It is a huge saga about the courtesans of Lahore, it is something I was living with for 14 years,” Bhansali expresses. “It’s very vast and ambitious.”

The series will explore the themes of love, betrayal, succession and politics in the ‘kothas’ or brothells of Heeramandi through three ages of courtesans. The filmmaker’s trademark larger than life sets and operatic songs will very much be in view.

“It’s a very difficult one, I like to take a little time and the scale is big,” says Bhansali. “I live with a subject for a long time, then I build and build and I keep thinking of it… So it’s a lot of time I give to a particular idea, but it’s great fun. That’s how it finally emerges. So now I think I’m ready to make ‘Heeramandi.'”

2021 marks Bhansali’s 25th year as a filmmaker. He debuted in 1996 with “Khamoshi: The Musical” and has also directed Deepika starer "Padmaavat," the historical “Devdas,” “Black,” “Bajirao Mastani,” “Guzaarish” and “Ram Leela.”

“Devdas” bowed at Cannes in 2002 and went on to be nominated for a BAFTA.

Monika Shergill, VP, content, Netflix India said: “Sanjay Leela Bhansali has created a stunning brand of cinema which is uniquely his own, with emotionally charged storytelling, magnificent sets and unforgettable characters. We congratulate him on completing 25 phenomenal years and giving masterpieces for generations to cherish. We are beyond excited to bring his extraordinary creative vision to storytelling on Netflix. ‘Heeramandi’ will be a story that will intrigue audiences and transport them into a world of incredible grandeur, beauty and harshness at the same time.”