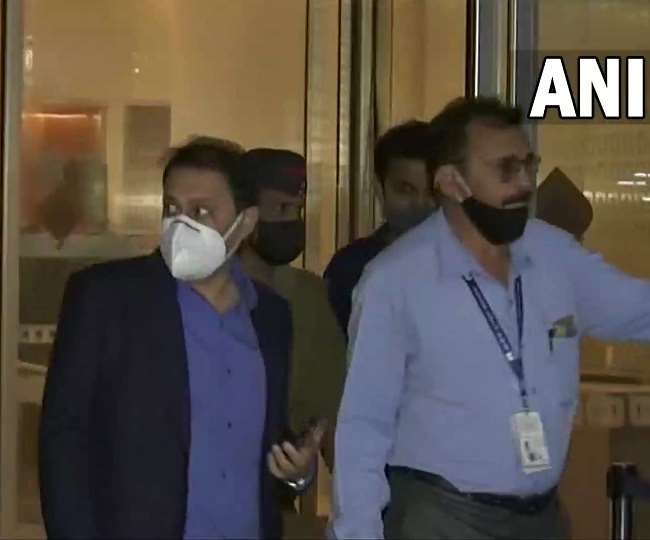 Narcotics Control Bureau handed over six cases, including the Case involving Shah Rukh Khan’s son Aryan Khan to a special investigation team (SIT) commanded by IPS officer Sanjay Kumar Singh from the Mumbai Zone, headed by Sameer Wankhede.The NCB Zonal director of Mumbai Sameer Wankhede was earlier the investigating officer of the Aryan Khan Case. But later he himself got accused of using fraudulent ways to obtain the forged Caste certificate so that he could get a government job in Indian Revenue Services under the reserved category. These accusations against him were levelled up by NCP leader and minister of Maharashtra government Nawab Malik.

Know who is Sanjay Singh:

He served as the head of Drug Task Force (DTF) of Odisha Police in the capacity of Additional Director General (ADG). He also offered his services as the commissioner, Bhubaneswar and as additional commissioner of Twin City, Odisha Police. During his time with DTF, he carried out various anti-drug operations and seized numerous drug-trafficking rackets in Bhubaneshwar.

Siingh was also a part of Central Bureau Investigation until 2015 and was ranked as Deputy Inspector General (DIG). During his tour of duty with CBI, he was a part of various high-profile cases including the 2010 Commonwealth Games Scam, Medical Council of India and CRPF recruitment, among others.

He is currently the Deputy Director General (Operations) of the Narcotics Control bureau. He will be holding the position until January 31, 2025, which is the date of his superannuation or till further orders, whichever is earlier.

Wankhede was also accused of extortion by an NCB witness in the Mumbai Drug Bust case, who filed an affidavit raising extortion allegations against Wankhede.

NCB removed Sameer Wankhede from the Mumbai Drug Bust case, a week after launching a probe into the allegations levelled up against Wankhede.

However, after removal Sameer Wankhede while clarifying that he has not been removed said, “I have not been removed from investigation. It was my writ petition in court that the matter be probed by a central agency. So the Aryan (Khan) case and Sameer Khan case are being probed by the Delhi NCB’s special investigation team. It’s a coordination between NCB teams of Delhi and Mumbai.”

The NCB too said that no officer has been removed from their present roles. In a statement signed by Mr Singh, NCB said. “They will continue to assist the operations branch investigation as required until any specific orders are issued to the contrary. It is reiterated that the NCB functions across India as a single integrated agency.”