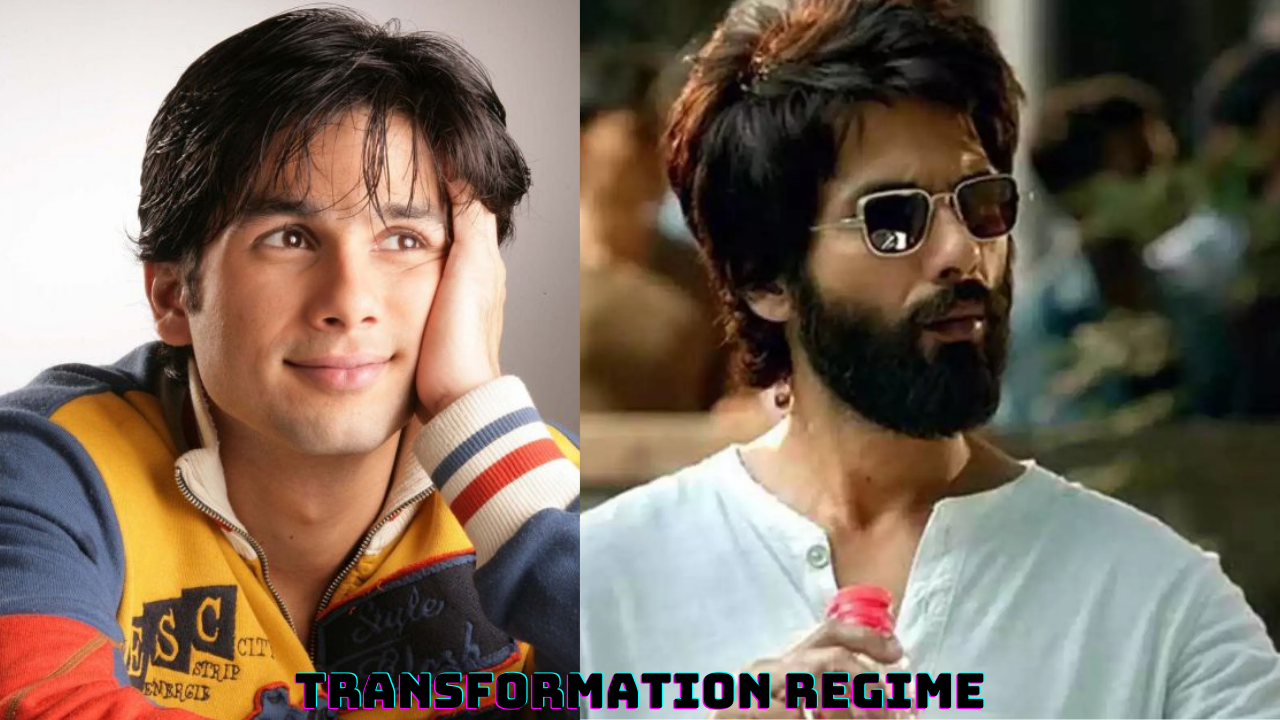 Remember when big posters for films like 'Vivaah' and 'Jab we met' were the eye candy of many  young hearts? Standing near the posters staring and posing with it on their Nokia 3310 phone the instant Shahid's picture would pop up on the theater screen was also an ultimate level of fangirling from our 1990s and early 2000s sweethearts.Shahid Kapoor and his incredible journey in Bollywood is worth praising, being one of the beloved actor of the town, Shahid was appreciated and loved in each of the role he chose to portray. It’s been almost 2 decades watching him on screen and there is no doubt he stuns us with every new picture. On his 41st birthday let’s glance at his journey from earning a chocolate boy image to being the on screen hottest bad boy.

Starting from his debut movie Ishq-Visk in 2003 and moving to films like 36 China Town, dil maange More, Chup chup ke etc garnered him ‘Who is that cute boy?’ until film ‘Vivaah’ along with Amrita Rao hit the screen and Shahid was instantly labeled as the ‘Chocolate boy’ of the industry. Long lines of young ladies would surround the theater with his every film announced. The phase continued till 2005 or 2006.

In 2007 film ‘Jab we met’ was released starring Kareena Kapoor alongside Shahid and the rest is history. The film got so much critical appreciation and fan following that it broke several records. The chemistry of the duo was irresistible, Shahid’s spectacle look proved to be so spectacular that he became the nation's heartthrob. Film’s such as Kismat Konnection just added feather on the cap.

By the time Shahid already started experimenting with his looks, and knew it earlier that to survive in the industry he has to keep evolving. In 2009 ‘Kaminey’ we saw him in  a new avatar, the film didn’t do very well as the audience were still not ready to see him in a six packs abs fighting the goons and creating a bad boy image.

After Kaminey his three back to back movies got flop on box office including ‘dil bole hadippa’, ‘Pathshala’ and chance pe dance, but that didn’t stop him from taking challenges. He returned back to his chocolate boy image with ‘milenge milenge’ and mausam but things didn’t work the way as planned.

Shahid trained with Abbas Ali, a well-known celebrity trainer, and instead of eating animal meat for protein, he prefers to consume a vegetarian diet. His diet consists of a combination of protein and foods high in energy and amino acids. Beans, lentils, and spinach are among his favorite foods. Rice, dairy products, fresh fruits, and leafy green vegetables are other staples in his diet.

Shahid works out for up to two hours six days a week, doing planks, push-ups, weight lifting, cardio, and strength exercises. Shahid Kapoor places equal effort to enhance his posture  as he does on building his muscles.

With the success of his film R. Rajkumar in 2013 his next film Haider completely changed his image and Shahid enlisted his name in India’s one of the most versatile actors. In 2016 Udta Punjab broadened his film’s choices & the next we knew was films such as Padmavaat which was a blockbuster hit.

The 2019 film Kabir Singh which was an official hindi remake of Telugu film ‘Arjun Reddy’ broke several box office collections. Once a boy next door actor, he is now a celebrity with muscular forearms and a swoon worthy physique.