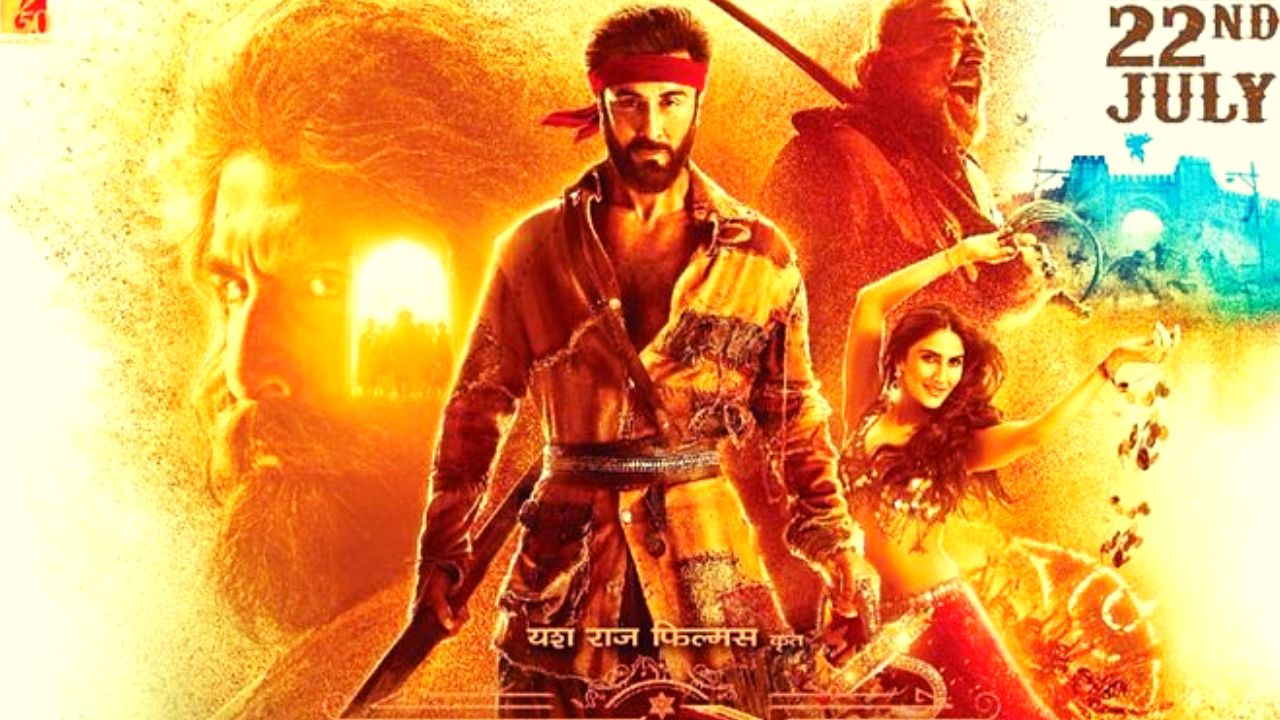 Ranbir Kapoor’s much awaited period film shamshera which marked the actor’s comeback after 4 years is showing a devastating box office trend,leaving the YRF production drown deep in the water and why not when Ranbir’s Shamshera was the only hope after back to back failure of biggies from the production house such as Jayeshbhai jordaar, prithviraj and Runway 34. Coming back to the point Shamshera after garnering all the hype and attention on the opening day has suffered a drastic loss. Now let’s find the setback points from the movie and why despite all the hype, the Ranbir Kapoor starrer didn’t manage to impress a large audience.

When it comes to period dramas, the Indian audience typically craves something as monumental as Jhansi Ki Rani, Mahabharata, Jodha Akbar, upcoming Ponniyin Selvan, etc. As a result, when audiences heard that the upcoming Ranbir Kapoor's period drama revolving around the British Raj was to be served, hopes were quite high. However, all those hopes crumbled down upon witnessing the slowly developing storyline and lack of unconventional thinking. The story's main character is a slave who advances to leadership roles before becoming renowned in his society. He never gives up the fight for the sovereignty and honour of his tribe. Since everything appears to be predictable, there was nothing special about the storyline that would compel the spectator to watch what happens next.

The other setback point for Shamshera which most of the audience found was Ranbir Kapoor’s acting which didn’t manage to win over the audience who were eagerly waiting for his comeback. Ranbir’s comeback after 4 years was probably the hype for the film, however all the focus went straight to our deliciously evil villain Sanjay Dutt whose ruthless avatar was found intriguing in the story. In addition to that, what earlier was known as the double role of Ranbir came out as just a few mins saga. Ranbir was portraying the role of Shamshera and his son Balli well, but the character was short lived. Ranbir Kapoor earlier said that his role in the film would help him break his previous chocolate boy image but as per the audience he didn’t come out of his shell this time and gave a mediocre acting.

Where is Vaani Kapoor in Shamshera?

Vaani Kapoor who is playing the leading lady in Shamshera alongside Ranbir Kapoor had a very limited screen space, while the promotional posters were filled with Ranbir and Vaani contents fans were disappointed that they didn’t see Vaani much in the film. The newest film from YRF, directed by Karan Malhotra has a sizable budget. Unfortunately, for a number of reasons, it was unable to raise audience excitement to the level that was anticipated for the movie. As a result, yesterday's proceedings got off to a slow start and lost all impetus.
Government Exams Calendar 2023-24: Complete list of UPSC, Teaching Exams Exam Date, SSC, Banking, IBPS, UGC NET Exam, CUET Exam and more
यह भी पढ़ें