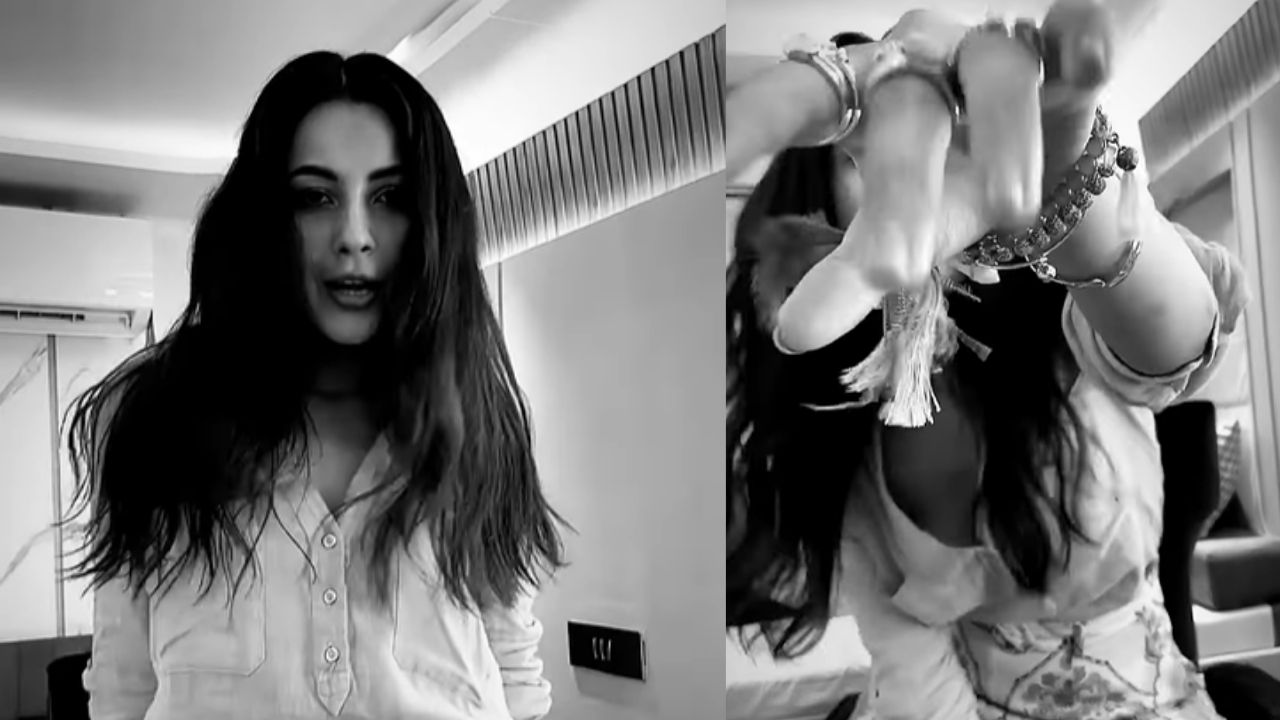 Shehnaaz Gill is the new buzzing sensation in Bollywood and she is going unstoppable. Ever since the news of Shehnaaz debuting in Bollywood with Salman Khan’s Kabhi Eid Kabhi Diwali broke out, the actress as regularly spotted attending many Bollywood parties, the recent one was when she rocked the all white ensemble at Georgia Andriani’s birthday bash and now the actress is back in full form leaving the netizens shocked  & spellbound after she aced the moves of Britney spears song ‘work Bitch’.

Late yesterday Shehnaaz posted a black and whte reel on her instagram Id where she looked smokingly hot in open hair, shirt tucked under the palazzo and a lot of hand and finger accessories. She posted her moves captioning it with the title of the song ‘Work Bitch’. Watch.

As soon as the video was uploaded fans rushed towards the comment section to share their jaw dropping priceless reactions witnessing their diva in such an avatar for the first time. A fan wrote “Ur my inspiration” while other said “Love the way you are”, “Let your success give reply to The hateful comments”, “OMG is this really our Shehnaaz”, “Woah can’t believe my eyes can you?”.

Shehnaaz was recently featured in the Punjabi film 'Honsla Rakh,' which also starred singer Diljit Dosanjh. Ms. Gill then continued on a busy pace prepping for her portfolio and used to shower her followers with a variety of lovely photographs, lesser than anyone knew that she was gearing up for her debut Bollywood appearance alongside Salman Khan. According to reports, Ayush Sharma and Zaheer Iqbal have left the project due to creative differences, and Jassie Gill and Sidharth Nigam have been brought in to replace them. In addition, filming for Kabhi Eid Kabhi Diwali has already started. Shehnaaz was also seen in a traditional South Indian avatar, according to reports.