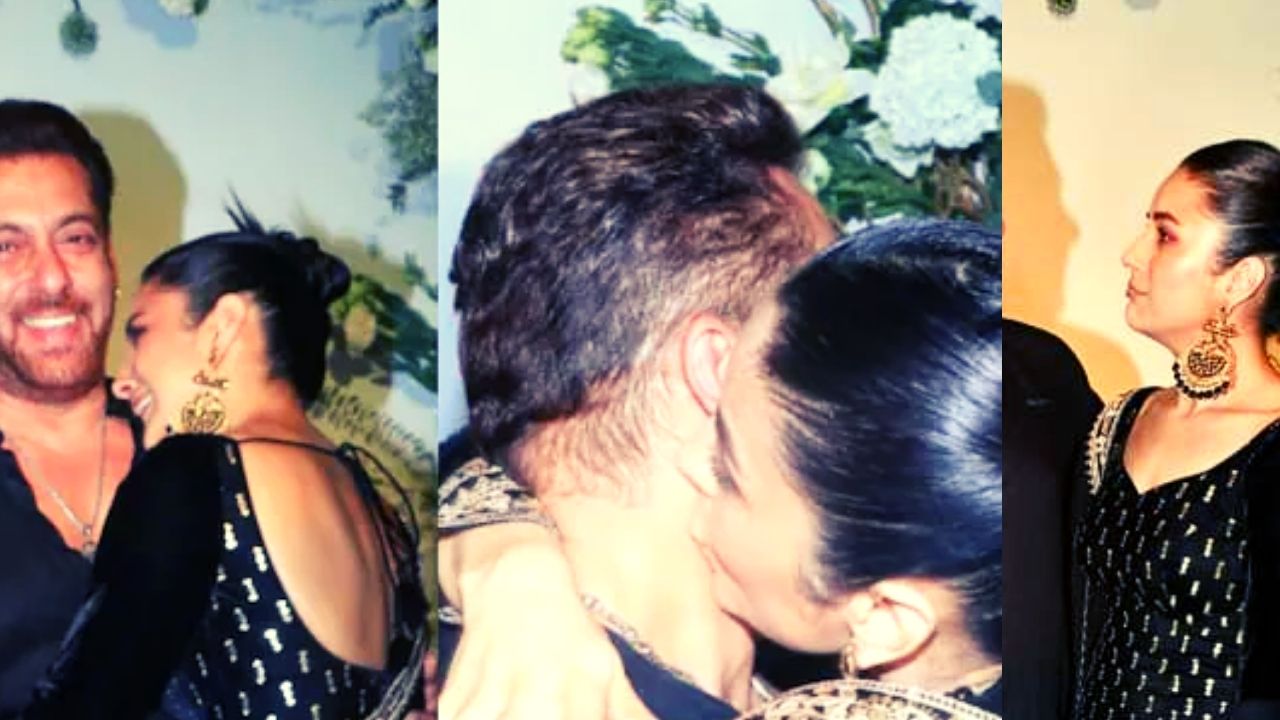 Salman Khan and Shehnaaz Gill have a very special and close bonding and that can be seen growing more ever since Sana made her mind to debut in Bollywood. Punjabi actress and model Shehnaaz Gill who rose to fame after appearing in Salman KHan hosted Bigg Boss 13 won millions of hearts with her innocence and special bonding with Late actor Siddharth Shukla. Now the actress is all geared up for her role in ‘Kabhi Eid kabhi diwali’ alongside Salman Khan & Aayush Sharma. The duo were recently spotted at Arpita Khan Eid party.

Shehnaaz was seen wearing a black traditional outfit, although she rocks every traditional ensemble but, this one was literally a head turner. Salman came outside with her and the duo were seen having a quick conversation while hugging each other. Shehnaaz took Salman's hand and led him to her car after smiling for the photographers. "You know people, Salman sir has arrived to drop me off at my car," she told the media.

Ever since the news of Shehnaaz entering Bollywood surfaced she has been hitting the headlines and can be seen attending few Bollywood parties. Salman is said to have approached Shehnaaz to be a part of the film because of his respect & fondness for her and even permitted her to charge whatever she wanted. Shehnaaz is set to star alongside Aayush Sharma in the Salman Khan-directed film. The film will also star Pooja Hegde.
Hansal Mehta marries Safeena Husain after 17 years, know his age, career, family, relationships, children and more.
यह भी पढ़ें