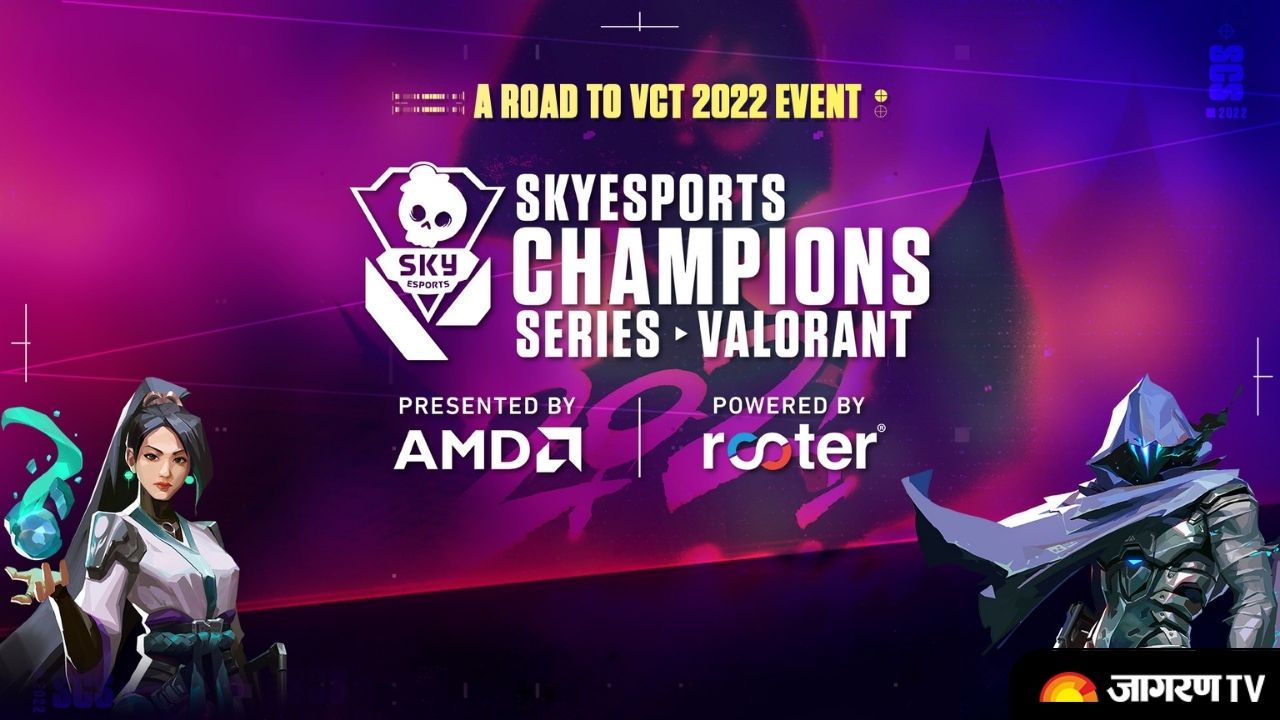 Skyesports, the leading South Asian esports tournament organizer, has announced that AMD and Rooter have joined the Skyesports Champions Series (SCS) 2022 as the presenting and ‘powered by’ sponsors, respectively. The SCS, conducted in partnership with Riot Games, is a tier-1 VALORANT event in South Asia that leads into the VALORANT Champions Tour (VCT) 2022 Stage 2.

Rooter will exclusively broadcast the regional languages live streams throughout the SCS, which will happen in Tamil, Telugu, Bengali, and Malayalam. The Hindi and English streams will be broadcasted on Rooter and YouTube.

Commenting on this partnership, Dipesh Agarwal, the Co-founder & COO, Rooter, said, “We are excited to be associated with Skyesports for the Skyesports Champion Series 2022 as the broadcast partner. Such events exemplify India’s actual esports potential. As the demand for high-quality content is rising, through Rooter, we will provide a platform for fans to watch premium content in 7 different languages. We strongly believe that such collaborations will help to align with our goals of scaling esports in India.”

The SCS is taking place across three phases: the open qualifiers (Phase 1), Group Stage League (Phase 2), and the Playoffs (Phase 3) and has a total prize pool of $30,000. The Playoffs, which will take place in Chennai from May 31 to June 4 in front of a live audience, COVID-19 restrictions permitting, will feature South Asia’s top six teams competing to become the champions. The top two teams from the playoffs will make it to the VCT Stage 2 APAC Challenger.

AMD will equip the players with its state-of-the-art CPU and components at the LAN in Chennai.

Shiva Nandy, the CEO and founder, Skyesports, said, “AMD and Rooter have been key players in the esports and gaming industry in South Asia and we are thrilled to welcome them to the Skyesports Champions Series (SCS), one of the biggest PC tournaments in South Asian esports history. The SCS, with open qualifiers and the LAN playoffs in Chennai, provides a golden opportunity to players from across South Asia for a chance to represent the region internationally. With Rooter powering the event, we are expanding the regional base by exclusively broadcasting regional languages on Rooter.”