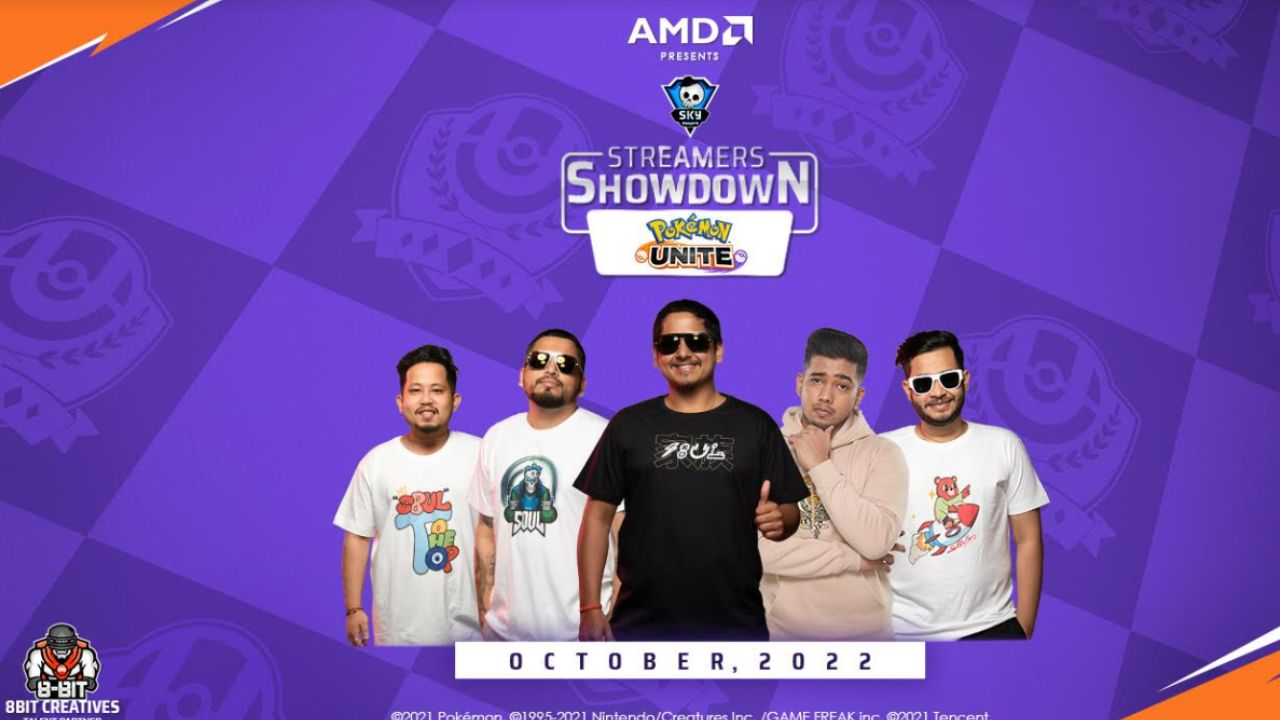 The Skyesports in India is returning with a big thud this year, in a fresh new move the largest Esports Tournament organizer in South Asia, Skyesports in partnership with 8 bit creatives currently India’s largest gaming talent management agency for  for the Skyesports Streamers Showdown - Pokémon Unite.


Five of the most well-known gaming figures in the country will compete in the Streamers Showdown in October. In Pokémon Unite, fans will get to watch Mortal, Scout, Mercy, Rebel, and Sid Joshi lead their teams to victory.


Commenting on the Streamers Showdown for Pokémon Unite, Shiva Nandy, Founder and CEO, Skyesports said, “Skyesports has always prioritized diversification with multiple esports games. The Skyesports Streamers Showdown for Pokémon Unite will mark the beginning of a long-term commitment towards the game from us. Pokémon Unite has been able to gather a huge player base in India and we believe that with the right support, the game can be turned into a big esport title. We couldn’t be more excited to begin this journey with 8Bit Creatives.”

Animesh “Thug” Agarwal, the Founder and CEO, 8Bit Creatives said, “For India to develop an extensive esports ecosystem, we must explore more games having a competitive scenario around the globe, and one of them is Pokémon Unite. The MOBA game is loved by a lot of people in the country and I am glad our creators are coming forward to take part in this event. Kudos to Skyesports for supporting the esports ecosystem of a new game and building a long-term vision for it.”

The five teams will lock horns in a single round-robin format to decide the champions. Fans can tune into the action on Skyesports’ YouTube channel. Stay tuned to Skyesports’ Instagram, Facebook, and Twitter for more information.

Skyesports is a leading esports and gaming venture based in Chennai, renowned for hosting major esports tournaments. Founded in November 2018 by Shiva Nandy, Skyesports has quickly grown to become one of the largest esports companies in South Asia. Skyesports has an impressive range of original IPs, which include the Skyesports Championship, Skyesports League, Skyesports Grand Slam, Skyesports Skirmish Series, and more, through which Skyesports has touched millions of gamers across South Asia and beyond. Skyesports is a part of the digital entertainment and technology company, JetSynthesys.
Government Exams Calendar 2023-24: Complete list of UPSC, Teaching Exams Exam Date, SSC, Banking, IBPS, UGC NET Exam, CUET Exam and more
यह भी पढ़ें