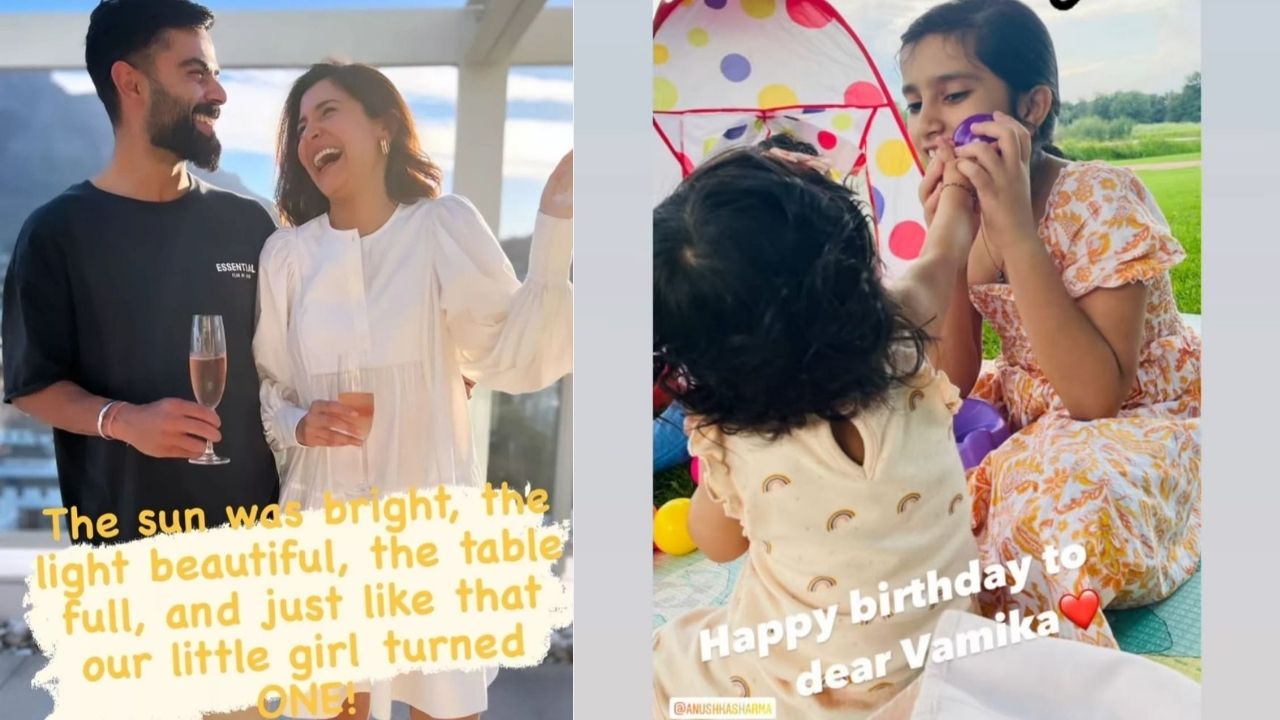 One of the most beloved and celebrated star couple Anushka Sharma and Virat Kohli’s daughter Vamika turned one on 11 January. The star girl received a lot of love from Virushka fans, the twitter was flooded with the birthday wishes from Vamika. The couple also celebrated the first birthday of their beautiful daughter and shared a look of the baby girl’s birthday bash.

Anushka shared a story on her instagram where the back of Vamika was visible, while her face was left unrevealed. Vamika was dressed in a creamy peach, pastel coloured frock. Vamika was seen playing with another cricketer Wriddhiman Saha’s daughter Anvi Saha.

The star couple Anushka Sharma and Virat Kohli are currently in South Africa, they are there for a match series. . Anushka will also come back soon to the big screen with her next film Chakda ‘Xpress. The film is based upon the life of Indian Cricketer Jhulan Goswami.