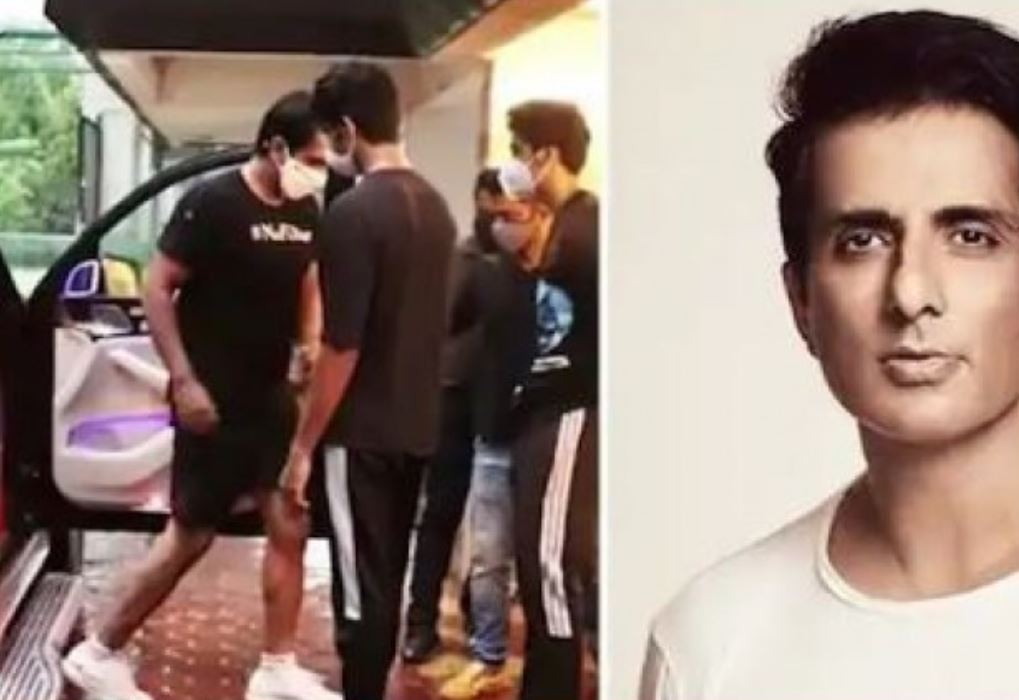 Sonu Sood Gift for Father’s Day 2021: Everyone knows Bollywood actor Sonu Sood who emerged as a real-life hero for many people in these difficult times. While the actor's love for his country was seen in the last 1 year, recently he is in headlines for gifting his son a brand new  Mercedes ahead of Father’s Day 2021.

However, Sonu Sood denied the fact of pus=rchasing the car and said that he was just test-taking a test drive.

In a video that is going viral on social media, Sonu Sood is seen gifting a brand new Mercedes Maybach GLS 600 to his son Ishant Sood day before Father's Day. While the brand itself is a name and everyone knows that it will cost a lot. Still, for the universe let us tell you that the gifted car costs around Rs 3 crore. The car is also the recent edition as Mercedes-Maybach GLS600 was launched in India last week only. Sonu Sood already owns Audi Q7, Mercedes Benz ML-Class and Porsche Panamera.

Talking about his work front, Sonu Sood will soon be seen in the films  'Prithviraj', 'Alludu Adhur', 'Acharya' and 'Thamilarasan'.