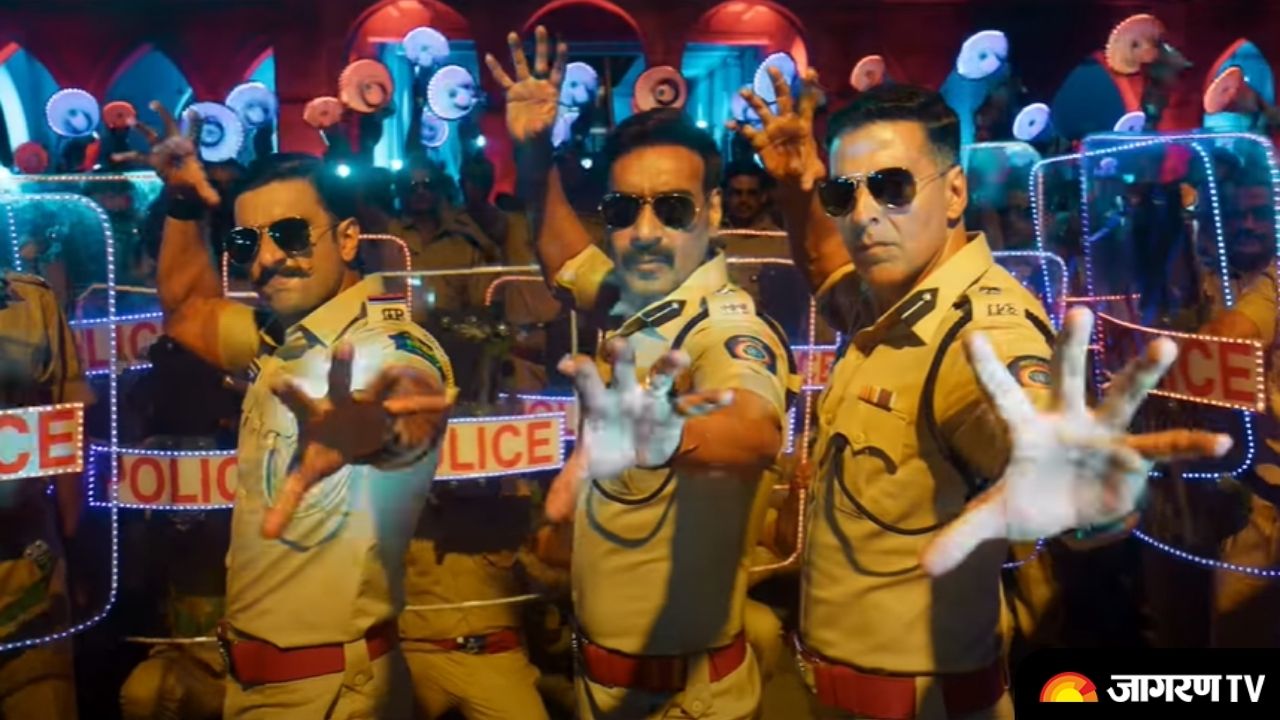 Sooryavanshi Twitter Reactions: Finally Rohit Shetty’s another Cop-Universe film is released in theaters and fans just can’t keep calm. The release of the film was delayed for more than one and a half years due to Covid-19. But the most awaited film is finally released and that too on big screens. Starring Akshay Kumar and Katrina Kaif, the film also has a cameo of Ajay Devgn as Singham and Ranveer Singh as Simbaa.

Sooryavanshi has hit theaters on Friday and a day after Diwali and people are all set to enjoy their weekend and festive season with a bucket of popcorn in theaters The first days shows of this Rohit Shetty directorial are houefull and Twittertoo is filled with reactions and reviews for the same.

#Sooryavanshi INTERVAL - The film is on FIRE 🔥 If the second half is as good as the first half then #Bollywood has a BLOCKBUSTER in hand! @akshaykumar #RohitShetty pic.twitter.com/Gkpsizz6pV

Great day for our film industry… A film is releasing at the theatre this Diwali…. And what can be bigger than the combo of #RohitShetty and @akshaykumar … Not just a movie it’s an experience, an emotion… Will watch it for sure tomorrow.. don’t miss to watch it #suryavanshi pic.twitter.com/LuoStWOyG1

Now Let's Talk About #KatrinaKaif In #Sooryavanshi : The Queen Of Masses Makes Sure That Entire Theatres Can Dance On Seats During #TipTipBarsaPani 🔥 + Her Screen Presence & Her Character Is So Well Presented. Her Chemistry With Akshay Kumar Is Evergreen . Loved Watching Her

#Sooryavanshi going blockbuster all over India🔥bangalore me to dono shows housefull har theatre me...didn't expect this...30cr looks like a walk in the park

#Sooryavanshi
Awesome movie
Mediacore first half followed by ultimate second half!!!
Bgm is🔥
Songs are just ok...
Get's into the plot right from the start!!!and then the movie goes on a downhill!! But 2nd half is🤯
The action scenes are🔥Ajay and Ranveer's entry is🔥
3.5/5

Talking about the film, it's the third film from the cop universe created by Rohit Shetty. After Singham, Simbaa now it's Sooryavanshi. Akshay Kumar is in lead role as DCP Veer Sooryavanshi who is the  chief the Anti-Terrorism Squad in India. The film is jointly produced by  Rohit Shetty, Aruna Bhatia, Hiroo Johar, Karan Johar, Apoorva Mehta and has many hit songs like Ailaa Re Ailaa.