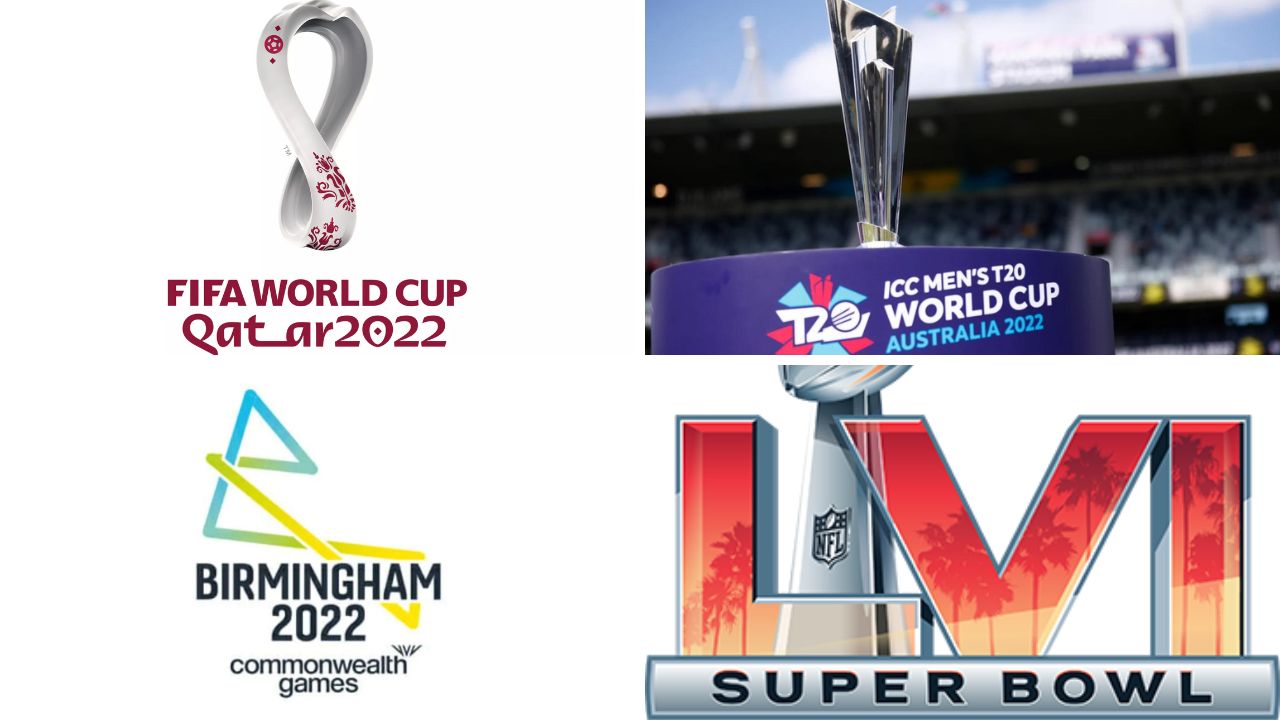 2022 was a very significant year for sports fans all over the world. Some major sporting events took place this year and they were truly filled with excitement and enthusiasm. Be it Fifa world cup or T20 World cup, fans got a plethora of entertainment and were happy with the games they got to witness. Here is a list of major sporting events of 2022.

The biggest sporting event of 2022 was definitely the Fifa World Cup that took place in Qatar. Fans from all over the world were excited and witnessed a historic win of Argentina. They defeated France in a penalty shootout and claimed the world cup after 28 years. Messi’s dream was fullfilled and he also got the golden ball for the second time. Kyllian Mbappe was awarded the golden boot and was the highest goal scorer of the event. The world cup started on 21 November and ended on 18 december.

The 2022 edition of the T20 World Cup tournament, the most exciting form of cricket, took place in Australia in October and November. This 8th edition involved 16 teams from around the world. The final took place at the Melbourne Cricket Ground, Melbourne on 13 Nov, 2022 between England and Pakistan. England won the world cup be defeating Pakistan.

The 22nd Commonwealth Games held in Birmingham, England, from 28 July until 8 August, 2022. This major event, held every four years, included athletes from the 72 countries and territories of the Commonwealth. A women's cricket tournament was also added to the sports program this time. India won 61 medals at Birmingham 2022.

The 2022 Tour de France was the 109th edition of the Tour de France. It started in Copenhagen, Denmark on 1 July 2022 and ended with the final stage on the Champs-Élysées, Paris on 24 July 2022. Denmark's Jonas Vingegaard won the general classification for the first time.

The 2022 Wimbledon Championships was a Grand Slam tennis tournament held at the All England Lawn Tennis and Croquet Club in Wimbledon, London, England. Novak Djokovic successfully defended his men's singles title, defeating Nick Kyrgios in the final to win his 21st major title.

The 2022 Winter Olympics, officially called the XXIV Olympic Winter Games and commonly known as Beijing 2022, was an international winter multi-sport event held from 4 to 20 February 2022 in Beijing, China, and surrounding areas with competition in selected events beginning 2 February 2022. It was the 24th edition of the Winter Olympic Games.

The 2022 NBA Finals was the National Basketball Association (NBA) Championship Series for the 2021-22 season and the final playoff game of the season. In this best-of-seven playoff series, the Western Conference champion Golden State Warriors defeated the Eastern Conference champion Boston Celtics in six games to win their fourth title in eight years. Golden State's Stephen Curry was named Finals Most Valuable Player for the first time in his career.