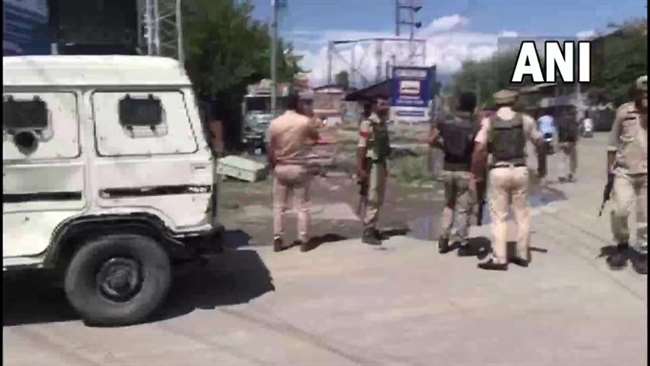 A woman, including a CRPF soldier, have been injured when a grenade was hurled at the security forces by terrorists in the Chanapora area of Srinagar district on Friday i.e., today. Soon after the attack, the attacker managed to escape from the spot. However, both the injured have been rushed to the hospital, where their treatment is going on.

According to the information received from the police, this attack took place in the afternoon when CRPF personnel were patrolling the Chanapora market. Terrorists hurled a grenade targeting the soldiers of the 29 CRPF battalions. Fortunately, the grenade did not hit the target and fell on the other side and exploded. But, a CRPF jawan and a local woman passing through the market were injured after being hit by a grenade.

The CRPF personnel, while handling their companion and the woman, immediately rushed them to the nearest hospital. Meanwhile, contingents of SOG, Army, and CRPF reached the spot and cordoned off the area, and started searching for the terrorists. Other details considering the attack are still awaited.