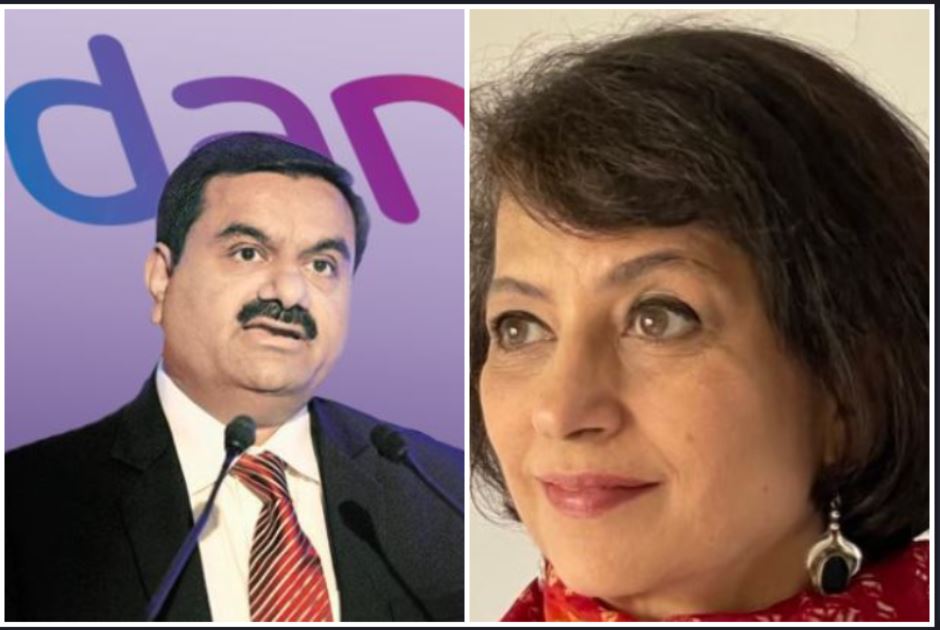 Without mentioning any name or group, Sucheta Dalal made a big tweet on Saturday hinting at a ‘scandal’. While the tweet got viral, it has been speculated that her tweet also made a big impact on the falling price of Adani stocks.

In her tweet Sucheta wrote, “Another scandal hard to prove outside the black box of information available with SEBI tracking systems is the return of an operator of the past who is relentlessly rigging prices of one group. All through foreign entities! His speciality & that of a former FM. Nothing changes!.”

Following this incident, Shares of Adani group companies saw a major fall of 5 to 18 per cent on Monday. Shares of group companies fell after a report in the Economic Times revealed that National Securities Depository Limited (NSDL) has frozen the accounts of three foreign funds which have high stakes in Adani Group.


As per the reports, these overseas funds have invested a total of $435 billion in Adani Group companies. The reports mention that the funds were frozen before May 31, 2021, possibly due to, “insufficient disclosure of information regarding beneficial ownership.”

On Monday, Adani Enterprises Share Price and Adani Ports Stock Price listed in Nifty 50 saw the biggest break of 15-15 per cent in early trade. At 10:35 am, the price of one share of Adani Enterprises was down 20.70 per cent at Rs 1,270 per share.

As per the information given by an official, NSDL took this step due to the insufficiency of documents related to Beneficial Ownership.

Meanwhile, netizens made the best memes to summarize the Sucheta Dalal and Adani situation with everyone.

In an unrelated development #NikhilKamath must be delighted to see #SuchetaDalal trending on Twitter.

Sliding one little square at a time, quietly into the dark. #Scam2021 pic.twitter.com/TRyEn3CjO9

Elon musk : i can shake markets with a single tweet because people are fools !

The Elon Musk of India is @suchetadalal

Those who do not have Adani shares in their portfolio right now 😀
#Scam2021 #Adani #AdaniGroup #SuchetaDalal pic.twitter.com/EJF0L2hBpq