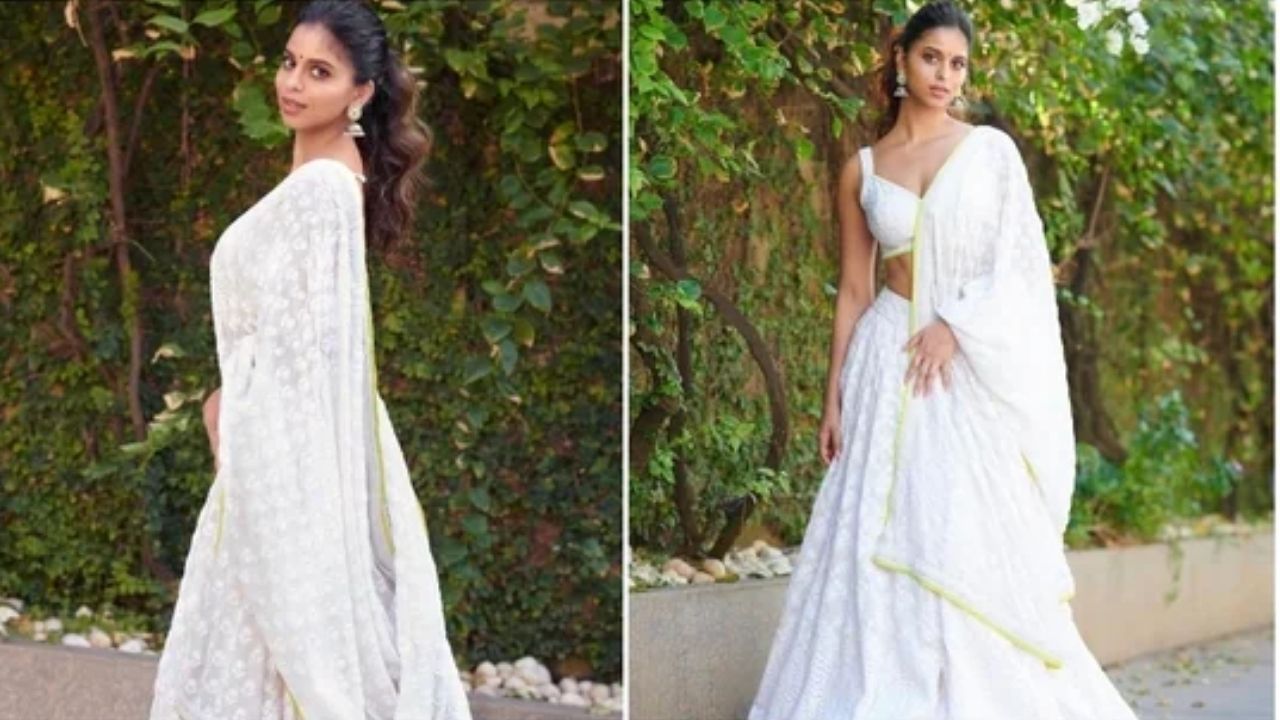 Bollywood Updates: Shahrukh Khan and Gauri Khan’s daughter Suhana Khan has been open about her plans to work as an actor. Suhana, who is preparing to commence her acting journey soon, is also exploring her chemistry with the camera.

Suhana Khan recently appeared as model for the designer Manish Malhotra, in the beautiful ivory white chikankari lehenga, she really nailed the sophisticated minimalist fashion. The designer lehenga had a revealing back with an all white colour palette, just a yellow border on the dupatta was enough to brighten the whole garment. Suhana coupled the attire with medium sized jhumkas and a tiny bindi on the forehead. In terms of makeup, she carried a minimal base, nude lip colour and properly accentuated eyelashes with just the right amount of mascara. Wavy textured hair tied in a neat ponytail just completed this classy day look. Have a look at Manish Malhotra’s creation and the muse:

On the career front, Suhana has graduated from Ardingly College, London, after which she pursued film studies in New York. As per reports, she will soon be launched in a Zoya Akhtar web series which is based on the popular Archie Comics. The series will also feature Navya Nanda and others