Tejasswi on duty to pick Beau Karan from the airport impresses Paparazzo's; Marriage plans on cards? 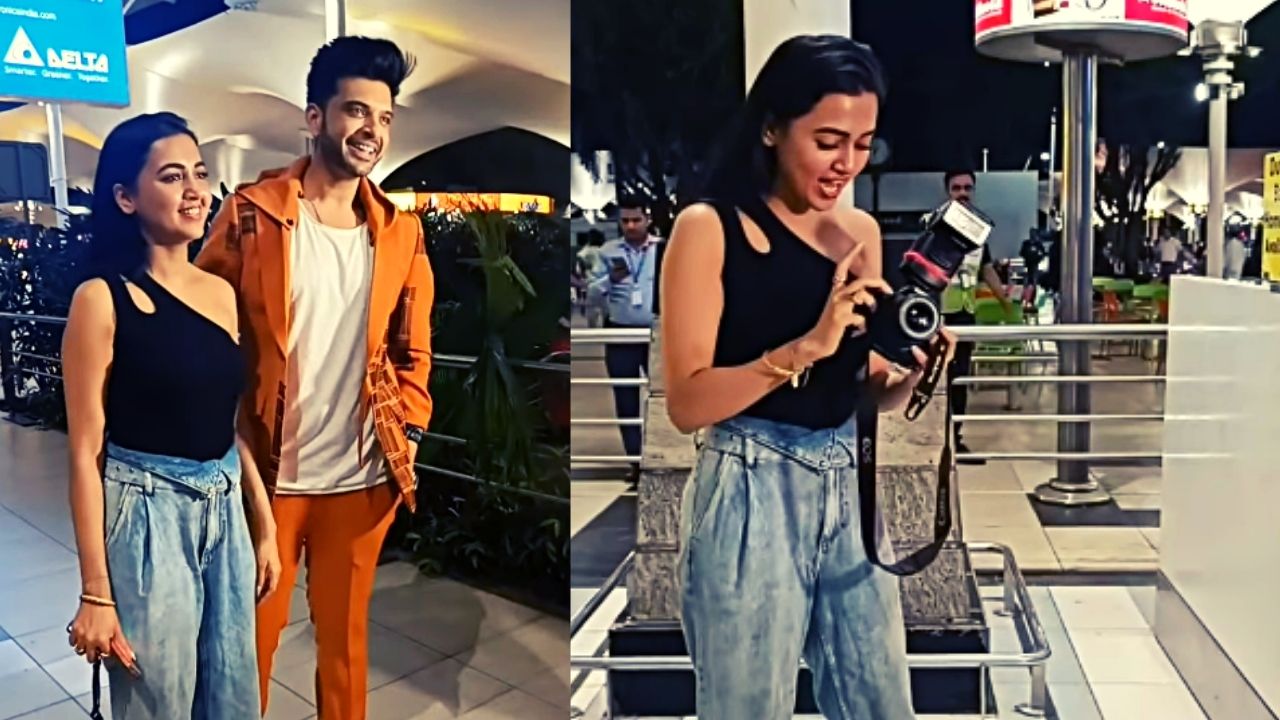 Tejasswi Prakash and Karan Kundrra rose to a fame where many couples of the industry only dream of raising. Yes we are talking about Bigg Boss 15 ne bana di jodi couple Tejran who is currently the most buzzing couple of the town with a mind blowing fan following. Well, they are also the ones who are favorites of Paparazzi's and never mind getting clicked and goofing around them and thereby we too get a hold on some of the best Tejran moments from the cameras. Now, this time Tejasswi turned one of them as she waited for Karan at the airport and later gave him a ride back home.

On the night of Sunday, May 22, Tejasswi Prakash and Karan Kundrra were sighted at the Mumbai airport, when she arrived to surprise him as he arrived from Delhi. As they posed for the cameras, Tejasswi wore a casual black one shoulder top and blue flare jeans, while Karan wore orange pants and a blazer with a  white t-inside.

As the couple stepped out of the airport teja was seen at the driving seat while giving her tired boyfriend a ride back home and paps just found it too adorable. Watch a video by Voompla.

While Karan these days is busy with his reality show, Teja is also engrossed in her Naagin 6 titular role. The former recently appeared in an interview and when asked about his wedding deets he said that Teja is the one delaying it, while in the earlier interviews it was Teja who constantly blamed Karan for doing so. 'Madam ke pass time kahan hai' ( Tejasswi has no time) when it comes to marriage, Karan remarked, adding that Tejasswi blames him for the delay in her interviews, and now she is doing the same.”. Well, karan also gave assurance that they won’t hide anything and their wedding will be a natural progression.