Terrible plane crash in Nepal, 72 passengers including 5 Indians were on board, bodies of 40 discovered 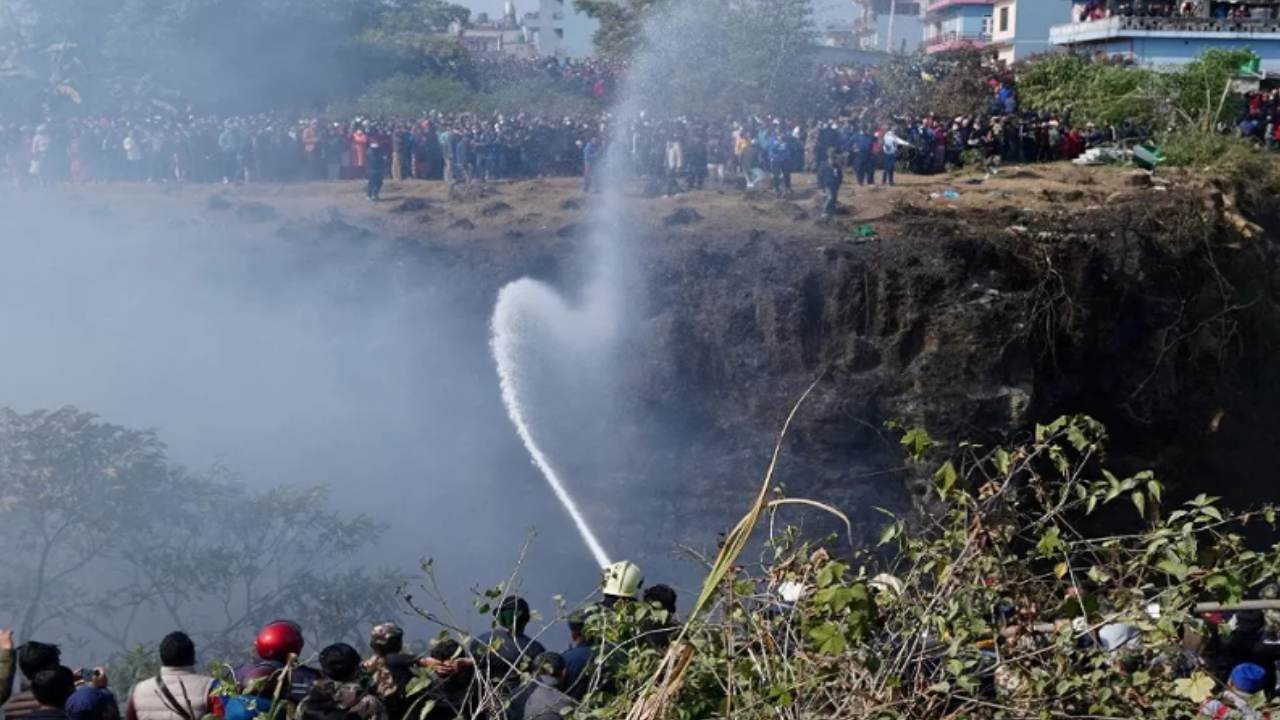 A severe plane disaster in Nepal on Sunday morning shook the whole country. At Nepal's Pokhara airport, the plane crashed as it was making its landing. Numerous people reportedly lost their lives to this accident. 53 Nepalese, 5 Indians, 4 Russians, 2 Koreans, 1 Argentinean, and a French national were aboard the wrecked aircraft, according to the information gathered.


Rescue operations are under progress. As of now, the airport has been closed. According to Sudarshan Bartaula, a spokesperson for Yeti Airlines, there were 68 passengers and four crew members on board. The plane broke down between Pokhara International Airport and the old airport. After the collision, the aircraft caught fire. The fire department can be seen extinguishing the flames in a video now surfacing online.
Government Exams Calendar 2023-24: Complete list of UPSC, Teaching Exams Exam Date, SSC, Banking, IBPS, UGC NET Exam, CUET Exam and more
यह भी पढ़ें