The Archies: Zoya Akhtar to bring the 'Archies' Comics adaptation to the audience on Netflix 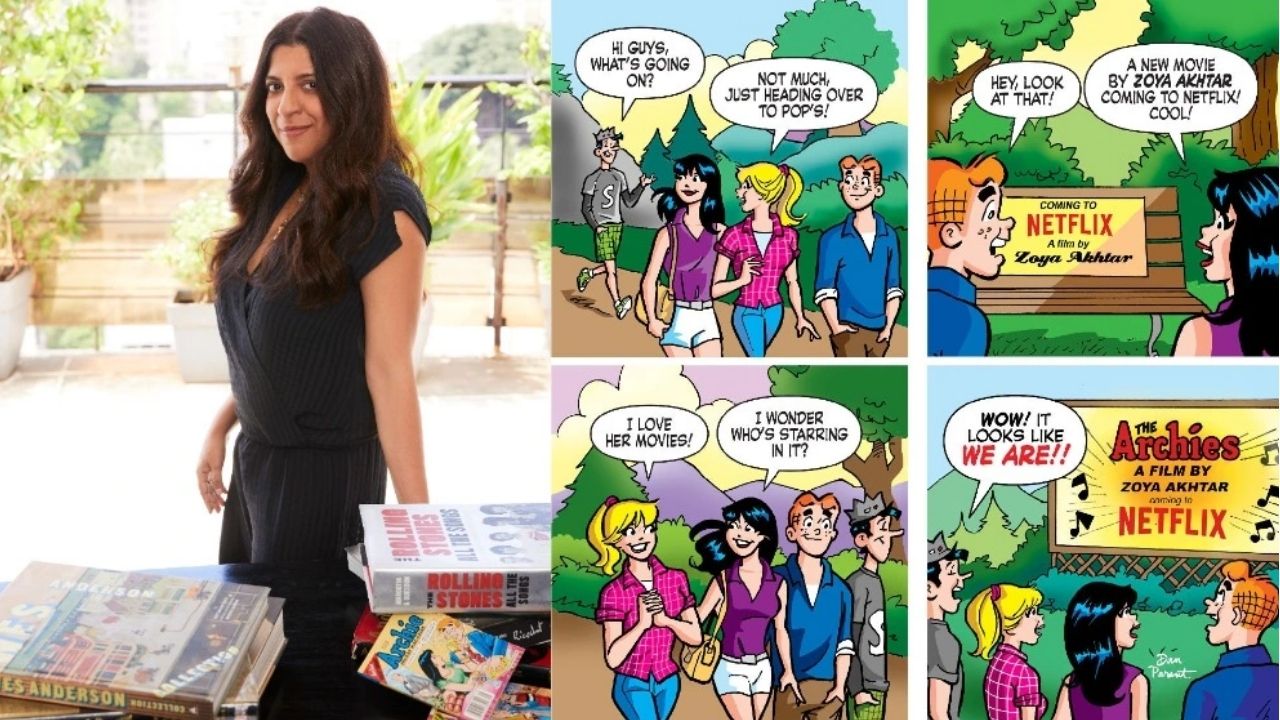 Renowned filmmaker Zoya Akhtar is all set to bring the coming-of-age musical drama to the audience after giving classic movies like Zindagi Na Milegi Dobara, Dil Dhadakne Do, Gullyboy etc. The ace director made an announcement on social media and revealed her next project, ‘The Archies’, which is going to be an adaptation of the popular comics ‘Archies’.

The film will be produced by Zoya Akhtar and Reema Kagti under Tiger Baby Films and and Sharad Devarajan under Graphic India.

Zoya Shared the news in an interesting way on Instagram. She shared a comic strip wherein Archie and his friends Jughead, Veronica and Betty could be witnessed sauntering down and reading the announcement about Zoya Akhtar’s new Film. Zoya didn’t reveal the star cast of the upcoming film but revealed that the film will be having an OTT release on Netflix.

She captioned the post as, “Archie and the Crew are about to get Down and Desi! “The Archies” A coming-of-age musical drama directed by me. Coming soon to Netflix! #TheArchiesOnNetflix”.

Talking about the new venture Zoya said,  “It was a large part of my childhood and teenage years. The characters are iconic and globally loved, which is also why I am a little nervous. I have to make sure the film stokes the nostalgia of a generation that grew up on the comic and yet resonates with the young adults today,”

According to reports, the cast of Archies is going to comprise of debutants Suhana Khan, Khushi Kapoor and Agastya Nanda are reported to make their debut through 'The Archies'