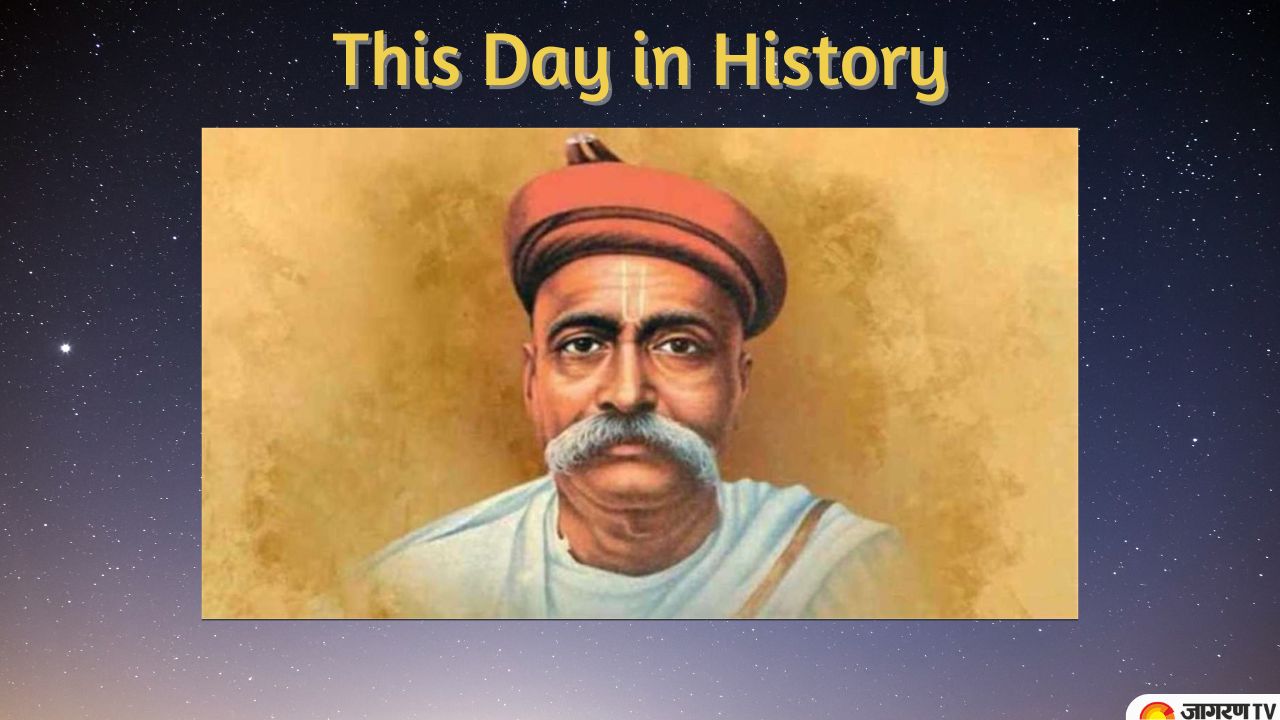 This Day in History: According to the Gregorian calendar, 1 August is the 213th day of the year and the 214th day of a leap year.

On this day let’s see some important events and anniversaries. We have compiled a list of some monumental events that happened all around the world on 1 August as well as the birthdays of famous people.

Born on this day in 1899, Kamala Nehru was a freedom fighter and wife of Jawaharlal Nehru. Indira Gandhi, her daughter, was India's first female prime minister. Kamala participated in the national movement alongside Harilal Gandhi, which helped her take the lead. She led women's protest organisations in Allahabad during the 1931 Non Cooperation movement and picketed stores that sold imported clothing and alcohol. With Kasturba Gandhi, Kamala Nehru spent some time in Gandhi's ashram, where she became good friends with Prabhavati Devi, the wife of Jayaprakash Narayan, a liberation fighter. They fought for India's independence from the British as well.

We recall Kamala Nehru on her birth anniversary. She played a pivotal role in Indian Independence struggle & was arrested many times by the British during the non-cooperation movement. She ran the Congress dispensary which was later converted to the Kamala Nehru Memorial Hospital pic.twitter.com/bi6zrp4JLy

On this day in 1920,  Bal Gangadhar Tilak passed away. He was an Indian nationalist, teacher, and independence activist, also known as ‘the father of the Indian unrest.’ The movement for Indian independence was founded by Tilak. He was referred to as "The father of the Indian unrest" by British colonial officials. Additionally, he received the honorific "Lokmanya," which translates as "recognised by the people as their leader." He was dubbed "The Maker of Modern India" by Mahatma Gandhi.

He played a key role in the making of the Indian Independence movement complete in letter and spirit.

If one wants to know the glorious history of India, then Tilak’s writings will have to be understood. pic.twitter.com/qOgEi1jOX6

On this day in 1957, The National Book Trust was established. The National Book Trust (NBT) is a publishing business in India that was established as an independent organisation within the Ministry of Education of the Indian Government in 1957. The Trust's operations include publishing, promoting reading and books, promoting Indian literature overseas, helping writers and publishers, and promoting children's literature. NBT offers reading material for various age groups, including books for kids and Neo-literates, in a number of Indian languages. A monthly Newsletter highlighting recent publications is released by them.

Under #IndiasNehru's PMship, National Book Trust was formed in 1957.

It aims to produce & encourage production of good literature in Indian languages & to make such literature available to all.