Today in History January 12: From Swami Vivekananda Birthday to Women's Suffrage Bill, list of 10 most important events on this day 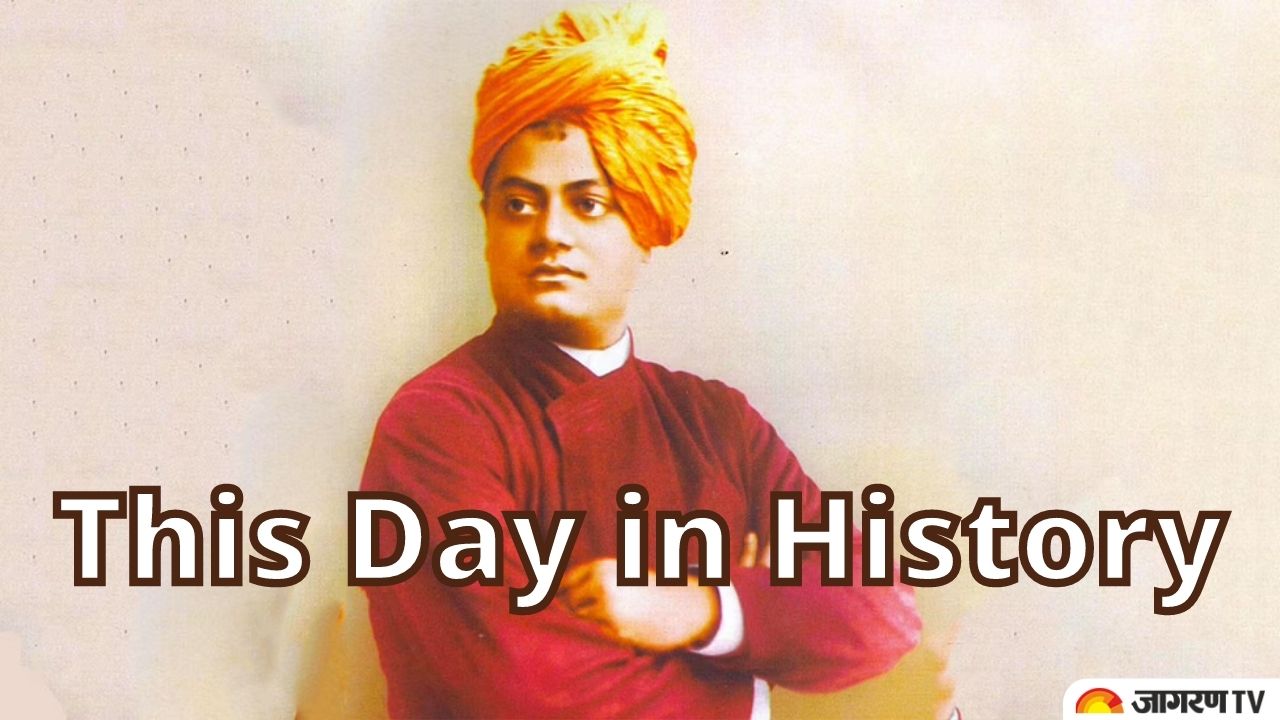 This Day in History: According to the Gregorian calendar, January 12 is the 12th day of the year and the 12th day in a leap year.
On this day let’s see some important events and anniversaries. We have compiled a list of some monumental events that happened all around the world on 12 January as well as birthdays of famous people.

Born on 12th January 1863 in Kolkata, Swami Vivekananda was a Hindu spiritual leader and philosopher. On 12 January 2022, we will celebrate his 159th birth anniversary. He relentlessly worked was to put humanity and youth to their best use. To commemorate his birth anniversary National Youth Day, also called Yuva Diwas is celebrated all across the country.

In view of ongoing Covid-19 spike in West Bengal, we will be observing Swami Vivekananda’s birthday differently.

Instead of hosting large outdoor programmes, @BJYM youth brigade will be there at doorstep of Covid affected individuals providing medicines, food & other essentials. pic.twitter.com/IWoFVscyui


This day is observed every year on 12 January. It is also called Yuva Diwas 2022. It highlights the most precious asset of a nation is its youth. Youth have the potential, zest and energy to uplift the country from degeneration. A country’s future is lying in the hands of youth. So it is important to motivate the young generation to strive for excellence.

“When we think of failure; failure will be ours. If we remain undecided nothing will ever change. All we need to do is want to achieve something great and then simply do it. Never think of failure or it will come about.” -Maharishi Mahesh Yogi, MIU founder. pic.twitter.com/OD6nT69q0J


On this day in 2010, a magnitude-7.0 earthquake devastated Haiti. The main area affected was Port-au-Prince. The earthquake resulted in the death of more than 200,000 people and left more than 1,000,000 homeless.


Nagappa was an Indian sculptor who designed statues and monuments in British India. Nagappa was appointed official sculptor to the British Crown by George V in 1935.


Born in 1991, Guntur, Andhra Pradesh, Harika Dronavalli is an Indian chess grandmaster. She holds the FIDE title of Grandmaster. in the Women's World Chess Championship, in 2012, 2015 and 2017 she has won 3 bronze medals. The government of India conferred her with Arjuna Award on 2007-08. Dronavalli has also been awarded Padma Shri in 2019.


An Indian revolutionary who participated in the Indian independence movement against British rule in India. He is best known for leading the 1930 Chittagong armoury raid.

On this day 1934, Bengali revolutionary Surya Sen was hanged by the British - he was tortured before his death. pic.twitter.com/ihKou1AcYF


In 1948 on this day, Mahatma Gandhi begins his final fast. After 18 days he assassinated by Nathuram Godse

#12Jan_1948 Mahatma Gandhi begins his final fast began at 11.15 am. Gandhi undertook 17 fasts during India's freedom movement. His longest fasts lasted 21 days. Fasting was a weapon used by Gandhi as part of his philosophy of Ahimsa (non-violence) as well as satyagraha. pic.twitter.com/BQbk8FtX5l

Bhagwan Das was an Indian philosopher, academic, and politician. He served in the Central Legislative Assembly of British India.

Today, we honour Bhagwan Das on his birth anniversary. He was an champion of the non-cooperation movement, Bharat Ratna awardee, a renowned public figure and theosophist. pic.twitter.com/e8NQpV1Q0M

Today was an historic day in history, one that taught persistence and fortitude –Jan 12, 1915 - The House of Representatives voted Down the Women's Suffrage Bill, which would allow women the right to vote. The actual vote count was 204 against and 174 for this bill. pic.twitter.com/V5KADIfqoG