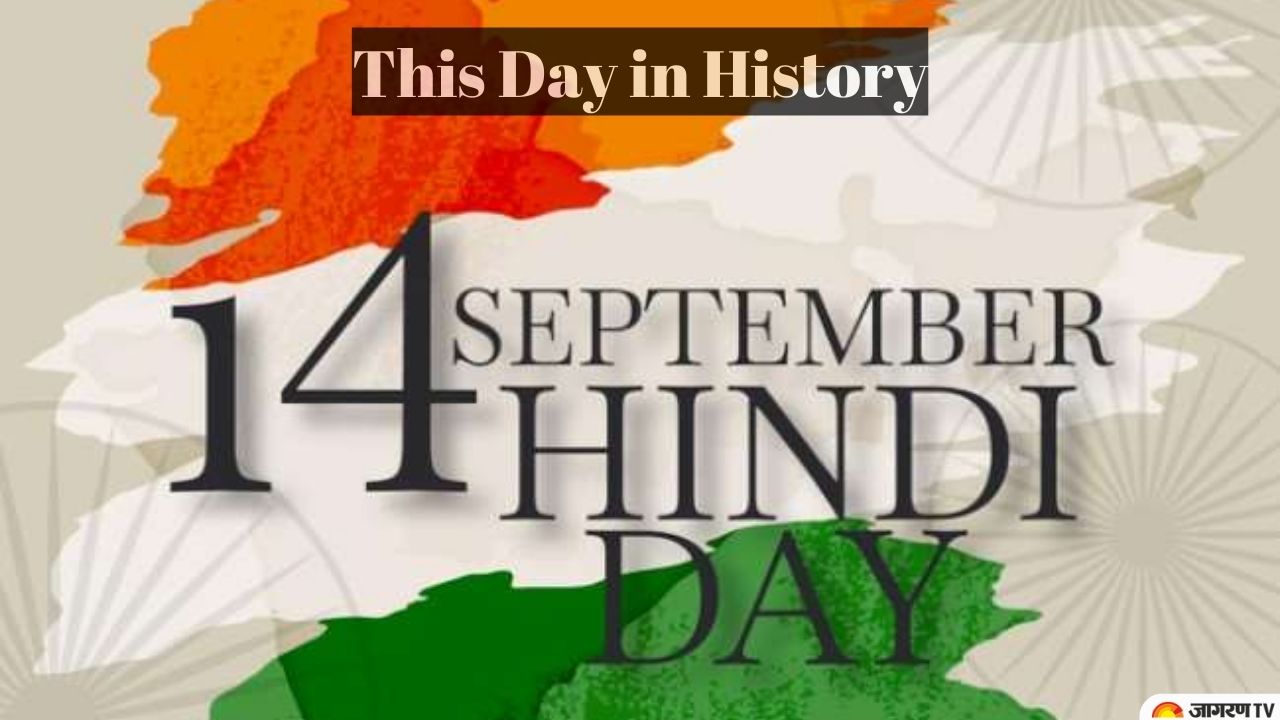 This Day in History: According to the Gregorian calendar, 14 September is the 257th day of the year and the 258th day of a leap year.

On this day let’s see some important events and anniversaries. We have compiled a list of some monumental events that happened worldwide on 14 September as well as the birthdays of famous people.

Mexico City Captured by the US

On this day in 1847, when he reached Mexico City and put an end to the military phase of the Mexican-American War, U.S. General Winfield Scott's drive on Mexico City was marked by an unbroken series of victories.

On This Day for September 14 - Mexico City captured by U.S. forces #México pic.twitter.com/7AlqhzqyUx

On this day in 1959,Soviet space probe Luna 2 was also the first man-made spacecraft to land on any celestial object. It was launched on September 12, 1959, and lost communications with Earth as it impacted the Moon’s surface east of Mare Serenitatis near the Aristides, Archimedes, and Autolycus craters.

62 years ago today Luna 2 became the first human-made object to make contact with a celestial object when it landed on the Moon.
Next year will mark another historic first when our Nova-C lander, the first private spacecraft in history, lands on the Moon. pic.twitter.com/ubSyuVXGHb

Aurangabad Captured by the Indian Army

On this day in 1948, The Indian Army captured the city of Aurangabad as part of its ‘Operation Polo’. The "police action" against Hyderabad State in September 1948 by the then-recently independent Dominion of India was known as Operation Polo. The Nizam-ruled princely state was invaded by the Indian Armed Forces during a military campaign, and it was later incorporated into the Indian Union.

14th Sept #TheDayInHistory#OnThisDay in 1948, the city of #Aurangabad had been captured by IndianArmy under operation POLO, started by Sardar #VallabhbhaiPatel to merge the state of #Hyderabad into Indian Union. This was a big setback to Nizam as it was the second largest city. https://t.co/364erNe3lV pic.twitter.com/gYWCb4IcCk

On this day in 1949, Hindi was adopted as the official language of India by the Constituent Assembly. Every year this day is celebrated as Hindi Diwas to commemorate the 3rd most spoken language in the world.

#HindiDiwas2020 | Celebrated every year on September 14, Hindi Diwas marks the significance of the day when the Constituent Assembly adopted Hindi as the official language of India. pic.twitter.com/xH4FxE4n2I

On this day in 1321, Dante Alighieri passed away. He was a philosopher, writer, and poet. His Divine Comedy, initially known as Comeda (modern Italian: Commedia), was subsequently renamed Divina by Giovanni Boccaccio and is regarded as the finest literary work ever written in the Italian language and one of the most significant works of the Middle Ages.

„The darkest places in hell are reserved for those who maintain their neutrality in times of moral crisis.“