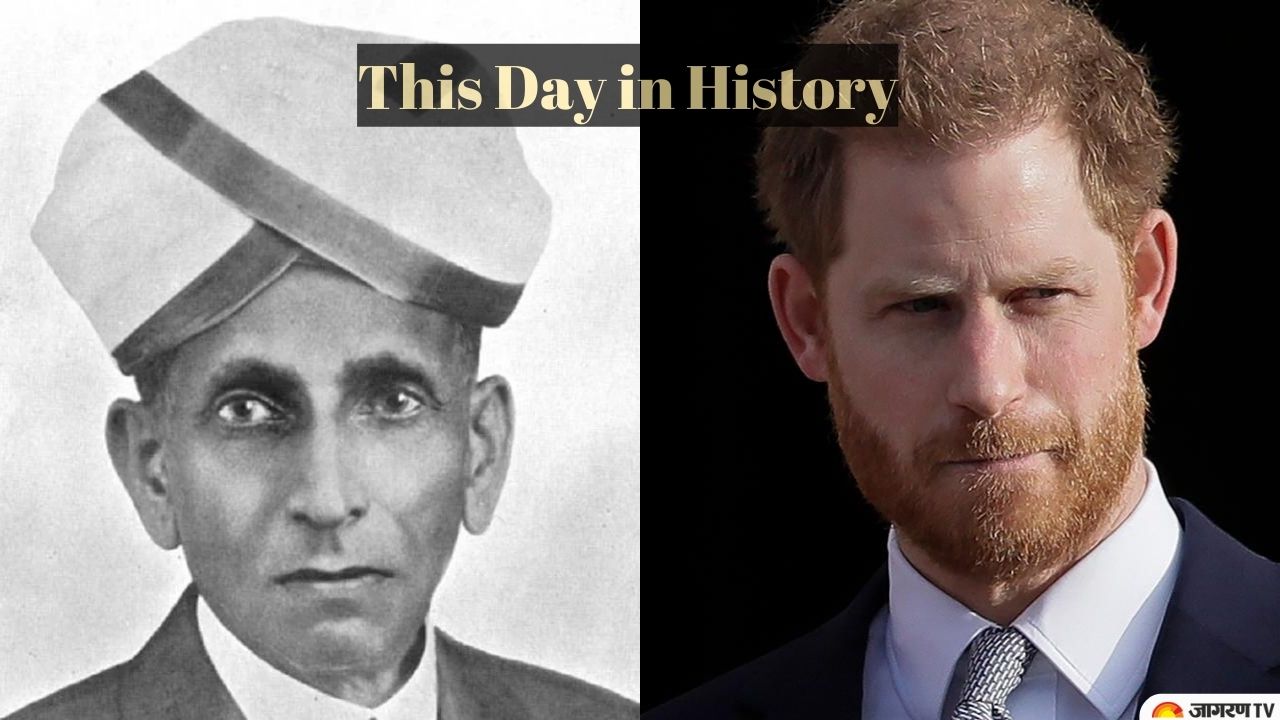 This Day in History: According to the Gregorian calendar, 15 September is the 258th day of the year and the 259th day of a leap year.

On this day let’s see some important events and anniversaries. We have compiled a list of some monumental events that happened worldwide on 15 September as well as the birthdays of famous people.

Born on this day in 1860, Sir Mokshagundam Visvesvaraya was an Indian civil engineer and statesman and the 19th Diwan of Mysore. He started his primary education in Bangalore, received his BSc degree from the University of Madras, and then DCE (Diploma in Civil Engineering) from the University of Bombay through its affiliated institution and 3rd oldest Engineering College in Asia, College of Engineering, Pune.

We remember M Visvesvaraya, an engineer and scholar. He is remembered for his seminal contributions in engineering in irrigation and flood control. He was awarded the Bharat Ratna in 1955 and his birthday is marked as #EngineersDay pic.twitter.com/Yo9ywo2N1b

On this day in 1959, Doordarshan (DD) India’s Public Service broadcaster was launched in New Delhi. It is an Indian public service broadcaster founded by the Government of India, and owned by the Ministry of Information and Broadcasting. Doordarshan offers television, radio, web, and mobile service throughout metropolitan and rural India as well as internationally. It also broadcasts on digital terrestrial transmitters.

The International Day of Democracy was declared by the UN General Assembly in 2007 with the goal of promoting and defending democratic principles. All UN member nations and organisations were urged to observe the day in a way that would help increase public awareness.

International Day of #Democracy provides an opportunity to review the state of #democracy in the world.

Engineer’s Day is celebrated in India on this day every year to mark the tribute to the Indian Engineer Bharat Ratna Mokshagundam Visvesvaraya. The day also acknowledges the work of engineers in the field of innovation, creativity, technology, science and more.

Born on this day in 1890, Agatha Christie was an English writer globally known for her 66 detective novels and 14 short story collections. Her stories revolve around fictional detectives Hercule Poirot and Miss Marple. he also wrote the world's longest-running play, The Mousetrap. With more than two billion copies of her books sold worldwide, Christie is recognised as the best-selling fiction author of all time by Guinness World Records.

Born on this day in 1984, Prince Harry is a member of the British royal family and the younger son of Charles, Prince of Wales, and Diana. He is fifth in the line of succession to the British throne.