Today in History January 17: From Emperor Krishnadevaraya Birth Anniversary to Voyage of Discovery in 1524 list of 10 most important events happened today 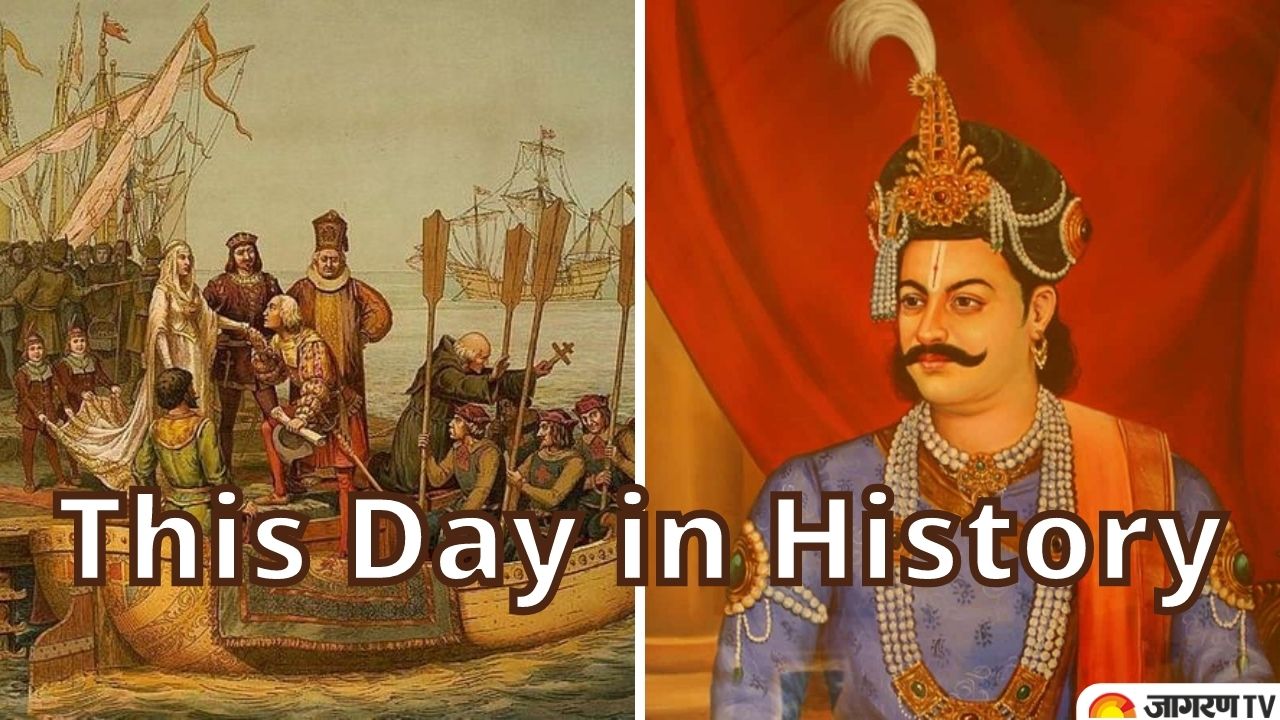 This Day in History: According to the Gregorian calendar, January 17 is the 17th day of the year and the 17th day in a leap year.


On this day let’s see some important events and anniversaries. We have compiled a list of some monumental events that happened all around the world on 17 January as well as birthdays of famous people.

Born in 1945 in Gwalior, Madhya Pradesh, Javed Akhtar is a famous and talented poet, lyricist, and screenwriter. He is also an Indian political activist. Akhtar has won five National Film Awards. He has been a part of movies like  Dil Chahta Hai, Lakshya, Rock On!!, Zindagi Na Milegi Dobara, Refugee and more.

Krishnadevaraya was an emperor of the Vijayanagara Empire. He reigned from 1509 to 1529. Krishnadevaraya was the 3rd ruler of the Tuluva Dynasty. He has given immense contribution to Telegu, Tamil, Kannada and Sanskrit Literature. Krishnadevaraya became the dominant ruler of the peninsula by defeating the sultans of Bijapur, Golconda, the Bahmani Sultanate and the Gajapatis of Odisha. He was one of the most powerful Hindu rulers in India.

Benjamin Franklin was an American publisher, author, inventor and scientist, and diplomat.  Franklin helped draft the Declaration of Independence, therefore one of the foremost founding fathers of the United States of America.

“A true friend is the best possession.”
Benjamin Franklin
You share your #birthday with founding father of United States and was also an active as a writer, scientist, inventor, statesman, diplomat, printer, publisher and political philosopher.#inspiration #motivation pic.twitter.com/psVdeS79GM

Born in 1941 in Manipur, Heisnam Kanhailal was an Indian art theatre personality. For his remarkable work, he was awarded Padma Shri and Padma Bhushan in 2004 and 2016 respectively. Kanhailal was the founder-director of Kalakshetra Manipur, a theatre laboratory.

FLTSATCOM-3 was used by the United States Navy for communications between aircraft, ships, submarines and ground stations. Fltsatcom 3 provided 28 5-kHz and 11 20-kHz communications channels simultaneously in the UHF band. On this day in 1980, it was launched by NASA.

In 1524, Italian explorer, Giovanni da Verrazzano began his voyage to find a passage to China.

In 1773, the second voyage of James Cook began. The aim of this voyage was designed to circumnavigate the globe as far south as possible to finally determine whether there was any great southern landmass or Terra Australis.

Boxer Muhammad Ali was born in Louisville, Kentucky in 1942. He was also an activist, entertainer, poet and philanthropist. Muhammad Ali was nicknamed The Greatest and widely regarded as one of the most significant and acclaimed sports figures in history.

The state-wide holiday in honor of America’s most famous Muslim American comes roughly five years after Muhammad Ali died at the age of 74 in Phoenix, Arizona.https://t.co/7ws7PUpLaM

The famous cartoon character Popeye, a sailor known for his love of spinach, made his debut, appearing in the newspaper comic strip Thimble Theatre. In 1929.

🗞On January 17, 1929, Popeye the Sailor made his debut in the ‘Thimble Theatre’ comic strip pic.twitter.com/mVW7134mKU

Above are the 10 most important events that happened in the history of India and the whole world. It includes major birthdays, death anniversaries, fun facts and important historical events that occurred in India as well as globally.  For more such interesting content, daily check out this day in history. CLICK HERE