Today in History May 18: From Operation Smiling Buddha to Napoleon Bonaparte Becoming Emperor of France, list of 10 most important events happened today 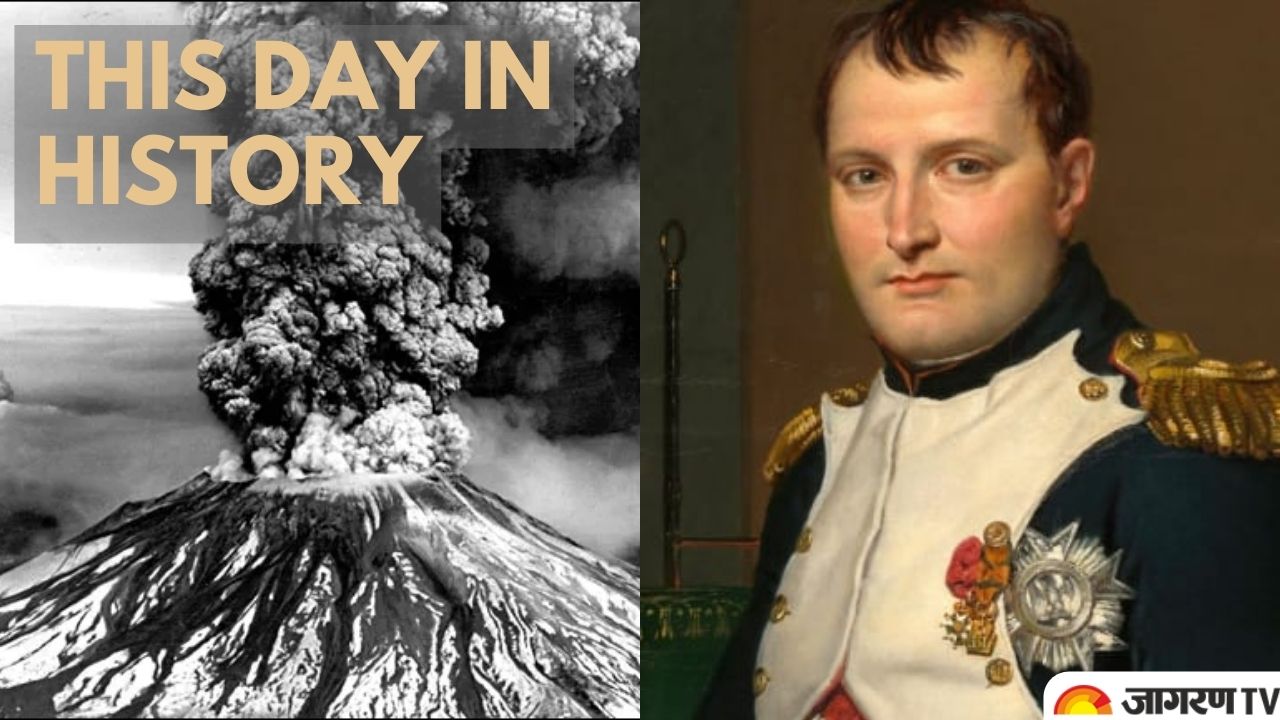 On this day let’s see some important events and anniversaries. We have compiled a list of some monumental events that happened all around the world on May 18 as well as the birthdays of famous people.

Born on this day in 1966, Panchanan Maheswari was a prominent Indian botanist. He is remembered for his invention of the technique of test-tube fertilization of angiosperms. The invention allowed the creation of new hybrid plants that could not previously be crossbred naturally.

On this day in 2017, famous Indian actress Reema Lagoo who was known to work in Hindi and Marathi cinema died. She began her acting career in Marathi theatre, after which she became popular for playing motherly roles in the 1990s and early 2000s. Some of her famous movies are Kuch Kuch Hota Hai, Hum Apke Hain Kaun, Hum Saath Saath Hain and more.

On this day in 1912, Shree Pundalik, India’s first feature-length Indian film was released at the Coronation Cinematograph in Girgaum, Mumbai. This movie was produced and directed by Dadasaheb Torne alias Rama Chandra Gopal. It was a silent film without any dialogue.

Not many know that Dadasaheb Phalke’s Raja Harischandra released on 3 May 1913 `was the second Indian feature film.

The first Indian feature film was released on this day 18 May in 1912 in Mumbai's Coronation movie theater. It was Shree Pundalik made by Dadasaheb Torne. pic.twitter.com/AjAvzXBFH3

On this day in 1974, India’s first nuclear bomb test was detonated on the Pokhran Test Range in Rajasthan. The assigned code name of this test was ‘Smiling Buddha’. India became the 6th Nuclear Power after this operation.

On this day in1977 the first International Museum Day was celebrated. This day highlights and promotes the role of museums around the world.

On the occasion of #InternationalMuseumDay 2022, the #NationalMuseum is hosting a variety of online and offline activities for adults and adolescents from Monday to Friday.https://t.co/mYvz0HdO5M

On this day in 1804, Napoleon Bonaparte was proclaimed Emperor of France by the French Senate.

17 Mar: On this day in 1805 the Italian Republic became the Kingdom of Italy, with Emperor of France, Napoleon Bonaparte named as King of Italy. The Kingdom itself occupied Northern Italy, however Napoleon also ruled other parts of Italy but did so as the Emperor of France. pic.twitter.com/KKOKZm6Ii0

On this day in 1642, Montreal was founded by Paul de Chomedey, sieur (lord) de Maisonneuve.

Known as Ville-Marie, the City of #Montreal was founded on 17 May 1642. pic.twitter.com/nJeiiXtic4

On this day in 1980, Mount St. Helens in Washington state erupted in one of the greatest volcanic explosions ever recorded in North America following an earthquake with a magnitude of 5.1 on the Richter scale.

This week marks 42 years since the eruption of Mount St. Helens. It’s a good time to learn more about Glacier Peak, the volcano in the wilds of east @SnoCounty. Lahars from the mountain have left scars over the centuries. Learn more on our interactive map: https://t.co/6k8FaCmkdK pic.twitter.com/aOcWvYAfdl

On this day in 2009, the 25-year conflict between the government and the separatist Tamil Tigers had claimed up to 100,000 lives. It ended with the Tigers' losing.

13yrs ago, as #SriLanka civil war drew to an end, Rajapaksa Inc was reaching the zenith of its power while 1000s civilians were caught in the fighting. Civilians in the North began commemorations this week, here they are preparing Uppu Kanji (rice, water & salt) in Jaffna 1/2 pic.twitter.com/RmSP9rwOzq