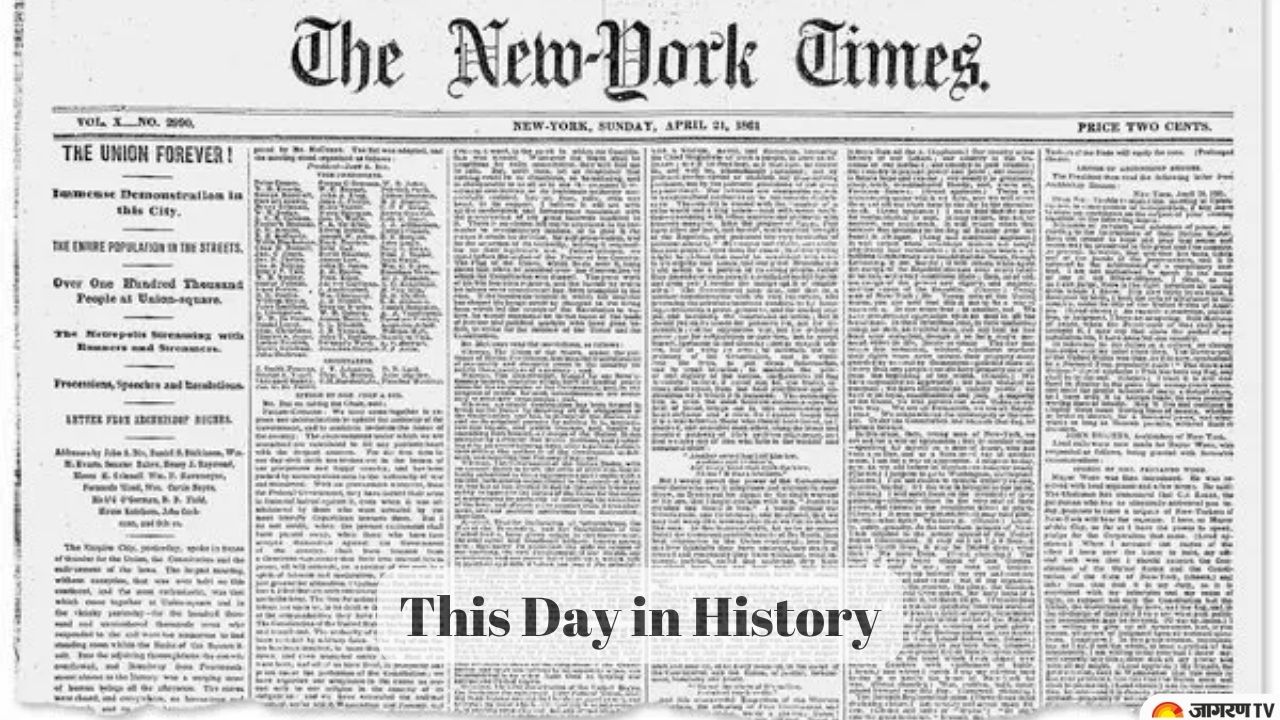 This Day in History: According to the Gregorian calendar, 18 September is the 261th day of the year and the 262th day of a leap year.

On this day let’s see some important events and anniversaries. We have compiled a list of some monumental events that happened worldwide on 18 September as well as the birthdays of famous people.

Born on this day in 1950, Shabana Azmi is an Indian actress of film, television and theatre. Azmi is renowned for her representations of unusual, frequently unorthodox female characters in a variety of genres. She has received numerous honours throughout her career, including a record-breaking five National Film Awards for Best Actress, five Filmfare Awards, and numerous international awards. She received the Padma Shri, the fourth-highest civilian honour bestowed by the Indian government, in 1998, and the Padma Bhushan, the third-highest civilian honour, in 2012.

It is @AzmiShabana’s birthday this 18th Sept - best wishes 💐 pic.twitter.com/XrvVILtlfd

Publication of The New York Times

On this day in 1965, Japanese astronomers Ikeya Kaoru and Seki Tsutomu discovered Comet Ikeya-Seki.  The orbit of the object, which was originally detected as a dim telescopic object on September 18, 1965, was initially calculated to pass barely 450,000 kilometres above the surface of the Sun on October 21 and become very bright.

#OnThisDay in 1965, the comet Ikeya–Seki was discovered, which was later visible in daylight. https://t.co/wT8S2JK7zC pic.twitter.com/psiNgHBT8j

On this day in 1959, Vanguard 3 is launched the third successful Vanguard launch out of eleven attempts into Earth's orbit.

Born on this day in 1709,  The creator of the first dictionary of the English language, Samuel Johnson, was born in England. He was an English writer who made lasting contributions as a poet, playwright, essayist, moralist, critic, biographer, editor and lexicographer.

A very happy birthday to Samuel Johnson, lexicographer and subject of our Lives in Languagehttps://t.co/AXrSZj7X8D pic.twitter.com/yvH8jgvrKt