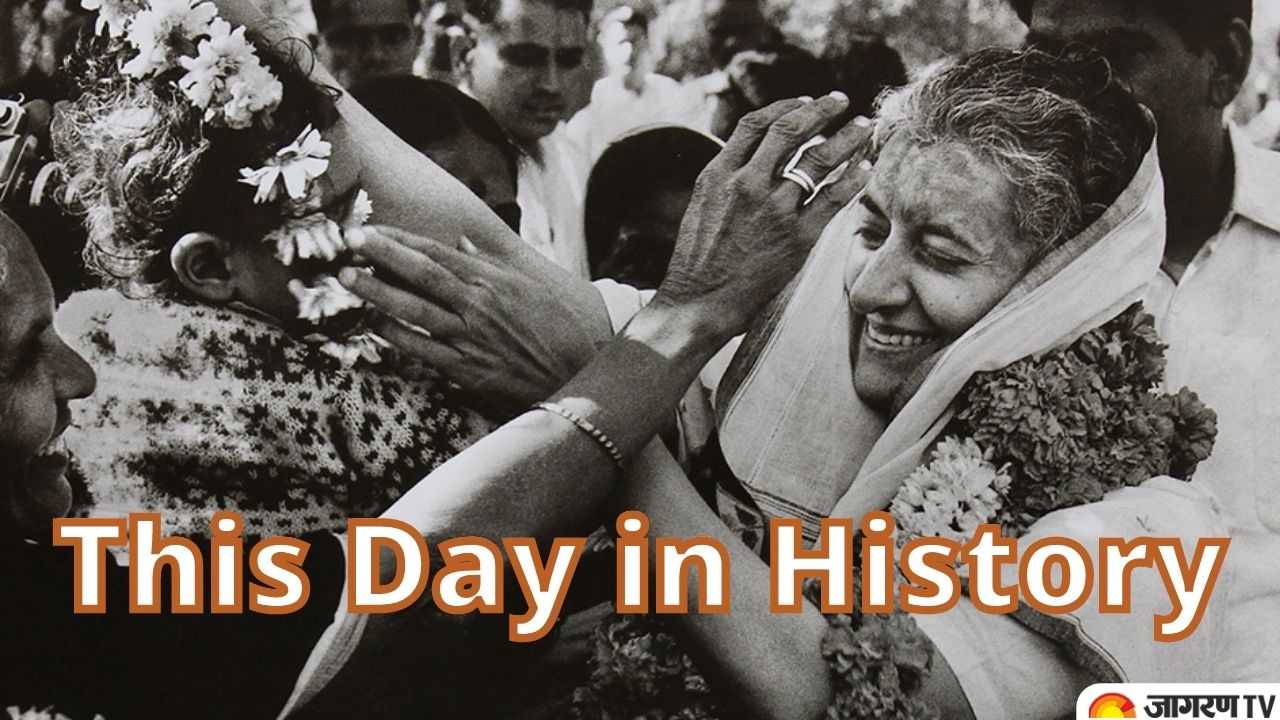 This Day in History: According to the Gregorian calendar, January 19 is the 19th day of the year and the 19th day in a leap year.

On this day let’s see some important events and anniversaries. We have compiled a list of some monumental events that happened all around the world on 19 January as well as birthdays of famous people.

Karun Chandhok is an Indian racing driver and television presenter. He last competed in Formula E for Mahindra Racing. In 2010, Chandhok has competed for Hispania Racing in Formula One. Before this, he also drove in the GP2 Series for three years and won two races. In 2013, he competed in the FIA GT Series for Seyffarth Motorsport.

Debendranath Tagore was a reformer and philosopher. He was an active participant in the Brahmo Samaj. in 1848, he founded the Brahmo religion. He is the father of the famous poet and Nobel prize winner, Rabindranath Tagore.

In 1966, Indira Gandhi was elected as India’s 4th Prime Minister of India. She became India's first female prime minister. Gandhi served as the PM from January 1966 to March 1977. She again ruled from January 1980 until her assassination in October 1984.

ON THIS DAY in 1966, Indira Gandhi was elected India's 4th Prime Minister. To date, she is the only woman to hold the PM's office in the country's history.#IndiraGandhi #PrimeMinister #OnThisDay pic.twitter.com/kggK5rWTRR

On this day in 1597, Hindu Rajput king of Mewar, Maharana Pratap died. He was formally titled "Mewari Rana" and was notable for his military resistance against the expansion of the Mughal Empire in India. Two famous battles fought by him are the Battle of Haldighati 1576 CE and the Battle of Dewair 1582 CE. Pratap belonged to the Sisodiya clan of Rajputs. He is remembered especially in the context of his opposition to the Mughal emperor Akbar.


In 1977 on this day, the Hindu Kumbh Mela made a record of the World’s largest crowd gathering of around15 a million people.


On today's date in 1977 World's largest crowd gathering - the Hindu Kumbh Mela in India attracted a then record 15 million people. In 2019 it got Guinness World record certificate! #weproudtoindia pic.twitter.com/RKHEvszFBY


Edgar Allan Poe is an American short-story writer, poet and critic. He was famous for his cultivation of mystery and the macabre. He is one of the most prominent exponents of Gothic Literature.


In the North Sea in 1883, the German steamer Cimbria collided with the British steamer Sultan and sank. Around 340 people were killed in the fatal incident. After the Titanic sank in 1912, it still remains the biggest civilian maritime disaster.


Primarily celebrated in the United States of America, National Popcorn Day is observed on this day.

Wednesday, January 19 is National Popcorn Day! 🍿
We will be serving free popcorn in the Library, so stop by and see us! pic.twitter.com/c5bNJCRRxX

King Louis XVI was the last king of France. He was the last monarch in the line of Bourbon preceding the French Revolution of 1789. The monarchy was abolished in France on September 21, 1792. As a result Louis and his queen consort, Marie-Antoinette, were executed on charges of counterrevolution.

In 1793, French King Louis XVI was sentenced to death by the National Convention during the French Revolution. pic.twitter.com/Rxg6B86qDt

Above are the 10 most important events that happened in the history of India and the whole world. It includes major birthdays, death anniversaries, fun facts and important historical events that occurred in India as well as globally.
For more such interesting content, daily check out This Day in History. CLICK HERE