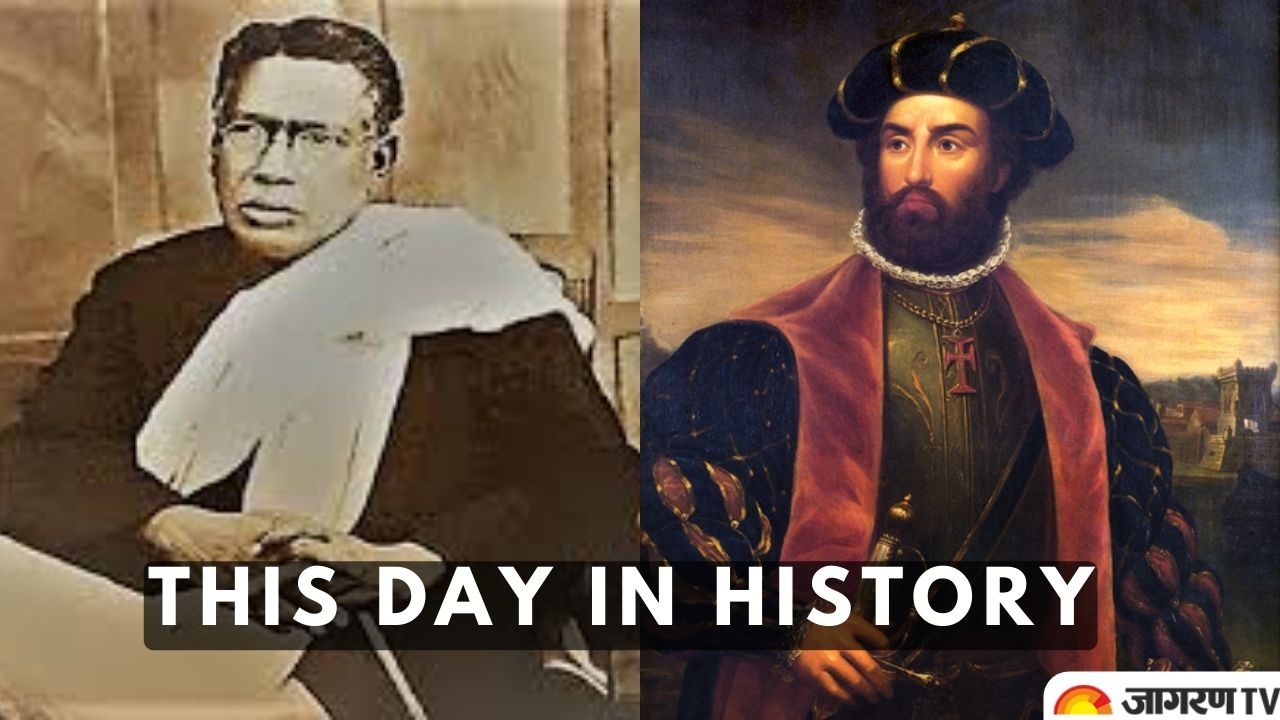 This Day in History: According to the Gregorian calendar, May 20 is the 150th day of the year and the 151st day of a leap year.

On this day let’s see some important events and anniversaries. We have compiled a list of some monumental events that happened all around the world on May 20 as well as the birthdays of famous people.

Born on this day in 1900, Sumitranandan Pant was a prolific Indian poet. He was one of the most renowned 20th-century poets of the Hindi language. His poems are on the theme of romanticism in his poems which were inspired by nature, people and beauty within.

Born on this day in 1806, John Stuart Mill was an English philosopher, political economist, Member of Parliament (MP) and civil servant. He contributed widely to social theory, political theory, and political economy. He primarily worked in Classical Liberalism.

Malhar Rao Holkar was a noble subedar of the Maratha Empire. He helped to spread the Maratha rule to northern states and was given the estate of Indore to rule by the Peshwas, during the reign of the Maratha emperor Shahu I.

Remembering Malhar Rao Holkar, one of the generals under the Peshwa was born today in 1693#Thread
He reached Kashi with a army and wanted to demolish the Gyanvapi Mosque built by Aurangzeb and reconstruct the ancient Temple at the site.
1/3 pic.twitter.com/DntD1PE9FD

Bipin Chandra Pal was a writer, social reformer and Indian independence movement freedom fighter. He was the part of  the “Lal Bal Pal” triumvirate. He was one of the main architects of the Swadeshi movement along with Sri Aurobindo and also opposed the partition of Bengal by the British colonial government.

Bipin Chandra Pal, one of the members of the Lal-Bal-Pal trio in Congress, others being Bal Gangadhar Tilak and Lala Lajpat Rai. A nationalist, writer and thinker, and above all, a man who was uncomprosingly independent in his views.
Thread on a forgotten hero. pic.twitter.com/1WDvUTtgLg

On this day in 1489, Portuguese explorer Vasco da Gama arrives at Calicut, India. He was the first European to reach India by sea.

#DYK on this day in 1497, Portuguese navigator #VascoDaGama left Lisbon in search of a Southern Sea Route to India.

He arrived at Calicut (now Kozhikode) on May 20, 1498. 🚢#ThisDayInHistory pic.twitter.com/fpR9WoOv6c

On this day in 1965, Avtar Singh Cheema became the first Indian to scale Mount Everest.

World Bee Day is observed worldwide on May 20. This day commemorates the birth of  Anton Jansa in 1734. She is considered the pioneer of beekeeping.  In December 2017, the United Nations Member States approved the proposal of Slovenia to proclaim 20 May as World Bee Day.

Did you know there are over 20,000 species of bee in the world!?#WorldBeeDay pic.twitter.com/6YutTmzU3k

World Metrology Day 2022 is celebrated annually on 20 May globally.  The day is observed on the anniversary of signing the famous Metre Convention in the year 1875 in Paris, France.

This week we will be sharing insightful content around this year's theme - metrology in the digital era.

Keep your eyes peeled throughout the week as we build up to the big day!#Metrology #QualityControl #Inspection pic.twitter.com/hL2R2tkwuK

On this day in 1609, Shakespeare's Sonnets are first published in London, perhaps illicitly, by publisher Thomas Thorpe.

#Shakespeare’s sonnets were first published in London in 1609 by Thomas Thorpe. The themes of his sonnets include the shortness of life and fleetingness of beauty; ways to achieve immortality; desire and longing; and love as a sickness. https://t.co/MDTSAvgV5p #BLTreasures pic.twitter.com/odZKYjF4KX

Cuba gained its independence from the United States. USA took control of the island in 1899 after defeating Spain in the Spanish-American War.