Today in History 24 September: From Mohinder Amarnath's Birthday to the Opening of 100th Airport in India, list of Important events today 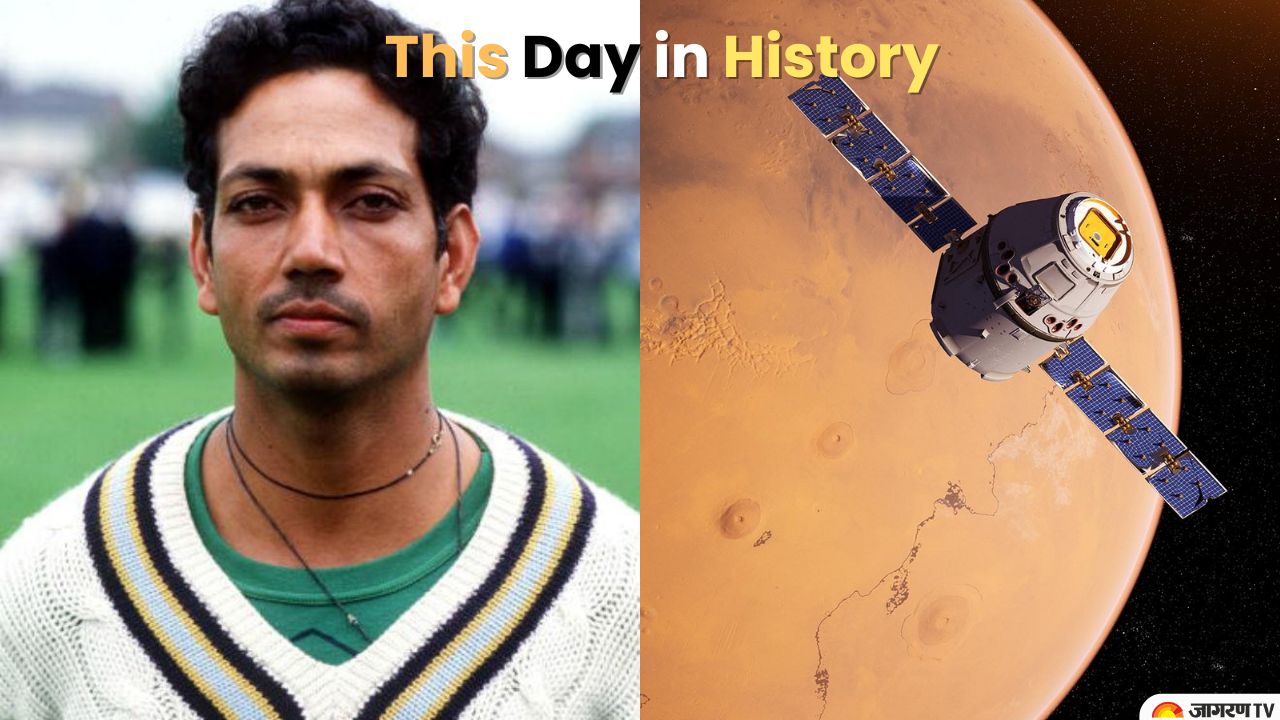 This Day in History: According to the Gregorian calendar, 24 September is the 267th day of the year and the 268th day of a leap year.

On this day let’s see some important events and anniversaries. We have compiled a list of some monumental events that happened worldwide on 24 September as well as the birthdays of famous people.

Born on this day in 1950, Mohinder Amarnath Bhardwaj is an Indian former cricketer,current cricket analyst and actor. He is the son of Kailash Kumari and Lala Amarnath, the first Indian captain after freedom. Former Test player Surinder Amarnath is his brother. Another brother, Rajinder Amarnath, is a current cricket coach and a former first-class cricketer. Players and cricket experts frequently cite Mohinder as the finest Indian batsman against express speed.

Born on this day in 1629, Raj Singh I was the Maharana of Mewar Kingdom. He was the eldest son of Jagat Singh I by his wife, a princess of Marwar, and the Maharana of the Mewar Kingdom (r. 1652–1680). He engaged in combat with the Mughal Empire and seized several of its lands. He later helped beat the Mughals during the Rajput War (1679–1707).

Born on this day in 1861, Bhikaiji Cama was one of the prominent figures in the Indian independence movement. Bhikaiji Cama was born in a sizable, prosperous Parsi Zoroastrian family in Calcutta. Her parents, Sorabji Framji Patel and Jaijibai Sorabji Patel, were well-known in the city, where her father Sorabji, a prominent Parsi community member and merchant by trade, was a well-known lawyer by training. On August 21, 1907, while an international socialist conference was taking place in Stuttgart, Germany, she raised the first rendition of the flag of independent India.

Historical birthdays: Bhikaiji Cama (1861-1936). She was an activist, politician and an important figure in India's fight for independence pic.twitter.com/KzGnX5Kogi

India Entered the Orbit of Mars

On this day in 2014, India became the first country to enter Mars orbit in its first attempt. The Mars Orbiter Mission (MOM), also known as Mangalyaan (from the Sanskrit words mangala for Mars and yna for "craft, vehicle"), is a spacecraft that orbits the red planet.

#TBThursday - #OTD 6 years ago, the #MarsOrbiterMission entered the orbit of Mars, making India the first country to reach the red planet on its maiden voyage. We take a look at some of the images from the #Mangalyaan mission from @isro

On this day in 1948, Honda Motor Company is founded by Soichiro Honda. It is a Japanese public multinational conglomerate manufacturer of automobiles, motorcycles, and power equipment.

The beginning of the dream. #OnThisDay in 1948, the Honda Motor Company was founded. The rest is history ... pic.twitter.com/mBPRqElQUb

On this day in 2018, Pakyong Airport, India’s 100th airport, is opened in the Himalayan mountains at 1,400 meters by Prime Minister Narendra Modi.