Today in History January 29: From Beating the Retreat Ceremony to World Leprosy Day, list of 10 most important events happened today 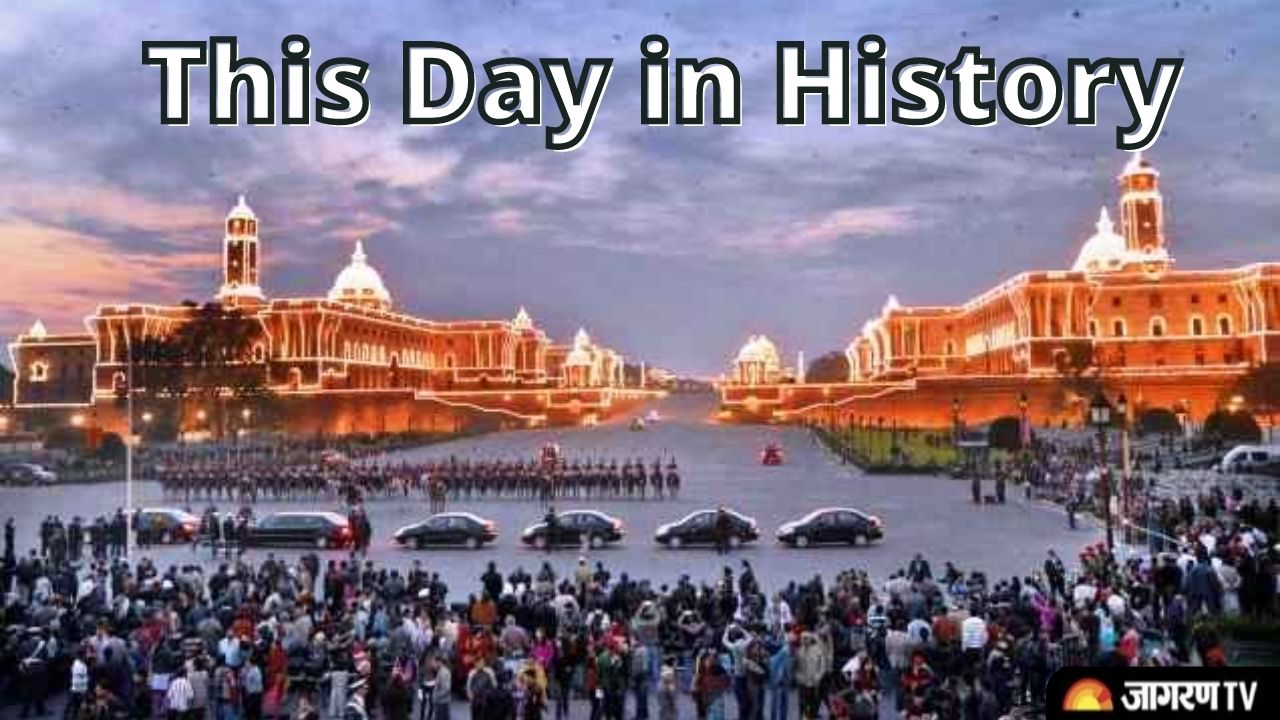 This Day in History: According to the Gregorian calendar, January 29 is the 29th day of the year and the 29th day in a leap year.

On this day let’s see some important events and anniversaries. We have compiled a list of some monumental events that happened all around the world on 29 January as well as birthdays of famous people.

The closing ceremony of Republic Day is mainly called the Beating the Retreat Ceremony. This word is mainly used for the army only. It is also considered a symbol of the army returning to its barracks. It is believed that when the armies returned after ending the war and after coming back from the battlefield, they kept their weapons and weapons. Usually, the army returned to its camp only at sunset. During this, the flags were taken down. This is called the Beating Retreat. This ceremony is a glimpse of the past.

Drone show at the Beating the Retreat Ceremony rehearsals at Vijay Chowk. History in the making. Goosebumps guaranteed!@SpokespersonMoD @BotLabDynamics#AzadiKaAmritMahotsav pic.twitter.com/wlUHALAqkd

Balantrapu Rajanikanta Rao was an Indian writer, composer and poet in the Telugu language. He was the son of Balantrapu Venkatarao, one of modern Telugu poet-duo "Kavi Rajahamsa" Venkata Parvateswara Kavulu. He won several national and state-level awards for his work.

The brainchild of Balantrapu Rajanikanta Rao Garu who launched a program titled 'Bhakti Ranjani' had such a loyal audience that till today, everyone remembers it! pic.twitter.com/91HGR7XJoG

Gauri Lankesh was born on this day in 1962. She was an Indian journalist-turned-activist from Bangalore, Karnataka. She worked as an editor in Lankesh Patrike, a Kannada weekly started by her father P. Lankesh, and ran her own weekly called Gauri Lankesh Patrike.

A lovely and much needed article from my other sister and dearest friend about my love #gaurilankesh https://t.co/xjQjQ04F1w

In 1781, First Newspaper in India, J.A. Hickeys Bengal Gazette began. It was an English-language weekly newspaper published in Calcutta, then the capital of British India. It was the first newspaper printed in Asia and was published for two years, between 1780 and 1782. Later, East India Company seized the newspaper's types and printing press.

In 1595, Babur, the founder of the Mughal Empire in India, defeated the Rana Sanga king of Mewar and captured the fort of Chanderi. The victory in the battle consolidated the new Mughal dynasty in India

In that vast expanse of land in front of us was fought the Battle of Khanwa in which Babur Mirza destroyed the mighty Rajput alliance. pic.twitter.com/BVDzIoyK1u

Sangeet Natak Akademi also known as The National Academy of Music, Dance and Drama is the national level academy for performing arts set up by the Government of India.

On this day in 1595, William Shakespeare’s play “Romeo and Juliet” is thought to have been first performed.

On this day in history William Shakespeare's play at Curtain Theater in London, about Verona city of lovers due to Juliet's House "Romeo and Juliet" is thought to have been first performed 29 January 1595. Officially published in early 1597. pic.twitter.com/cbVT78BOFw

World Leprosy Day is observed internationally every year on this day to increase public awareness of Leprosy or Hansen’s Disease.

Increasing awareness of diseases is needed for the youth. Today, we observe the World Leprosy Day with the theme "Beat Leprosy, End Stigma and Advocate for Mental Well-Being." ✅