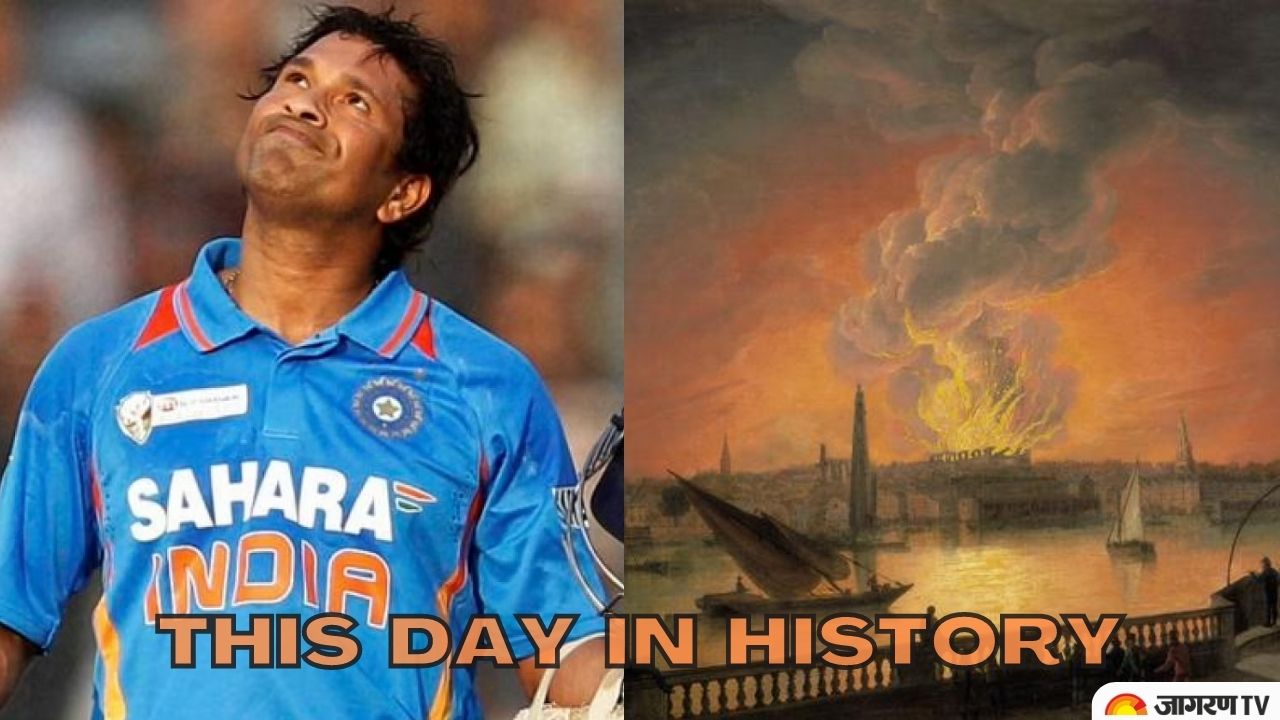 This Day in History: According to the Gregorian calendar, June 29 is the 180th day of the year and the 181st day of a leap year.

On this day let’s see some important events and anniversaries. We have compiled a list of some monumental events that happened all around the world on 29 June as well as the birthdays of famous people.

Born on thai dsy in 1893, Prasanta Chandra Mahalanobis was an Indian scientist and statistician. He is remembered for the Mahalanobis distance, a statistical measure, and for being one of the members of the first Planning Commission of free India. He made pioneering studies in anthropometry in India. His birth annievrdary is observed as the National statistical Day in India.

Today is the birthday of Professor P C Mahalanobis, which is celebrated as #NationalStatisticsDay in recognition of his invaluable contribution in establishing the Statistics which help in shaping and framing policies. pic.twitter.com/o4kKdCuWA7

Michael Madhusudan Datta, Datta also spelled Dutt died on June this day in 1873, Calcutta, India. He was a poet and dramatist, the first great poet of modern Bengali literature. His most significant composition, Meghnadbadh (1861), an epic on the theme of Ramya, Brajangana (1861), a cycle of lyrics on the theme of Rdh-Ka, and Birangana (1862), a collection of 21 epistolary poems modelled after Ovid's Heroides, are among his poetic works. Tilottamasambhab (1860), a narrative poem on the tale of Sunda and Upasunda.

Death Anniversary..!
Michael Madhusudan Dutt..!
29 June 1873..!
was a popular 19th-century Poet and Dramatist..!
He was a Pioneer of BengaliDrama..! pic.twitter.com/pWRAboQks5

We observe National Statistics Day, which is the birth anniversary of India's eminent statistician, Prof. Prasanta Chandra Mahalanobis.
The Second Five-Year Plan had relied on his mathematical description of Indian economy. pic.twitter.com/bdxTZaW6Lq

Sachin Tendulkar Made a World Record

On this day in 2007, Sachin Tendulkar completed 15,000 ODI runs, in the second match of the Future Cup against South Africa. India won the match by six wickets. He became the first batsman in the history of cricket to register 15,000 ODI runs.

Historic Moment !!
Today in 2007, @sachin_rt became the first-ever cricketer to Reach the 15000-run mark in ODIs..🙏🏼pic.twitter.com/R6BqRFyqSt

Delhi was given full sovereignty and statehood

On this day in 1998, The government agreed to award Delhi full sovereignty and statehood and create three new states: Uttaranchal, Vananchal, and Chattisgarh.

#OTD in 1613, the Globe Theatre burned down during a performance of Henry VIII.

Flames from a cannon set fire to the thatched roof.

The Globe was rebuilt the following year, only to be closed down by the Puritan-riddled Long Parliament in 1642.

A third Globe opened in 1997. pic.twitter.com/CCKPlrbrK3

On this day in 2007, Apple Inc.'s first mobile “smartphone,” the iPhone, went on sale, and it revolutionized the industry.

The iPhone (known as the iPhone 2G, the first iPhone, and iPhone 1 after 2008 to differentiate it from later models) is the first smartphone designed and marketed by Apple Inc. After years of rumors and speculation it was released in the United States on June 29, 2007. @Apple pic.twitter.com/lxotCNQ3Rf

On this day in 1534, French mariner Jacques Cartier “discovered” Prince Edward Island off the coast of what is now Canada.