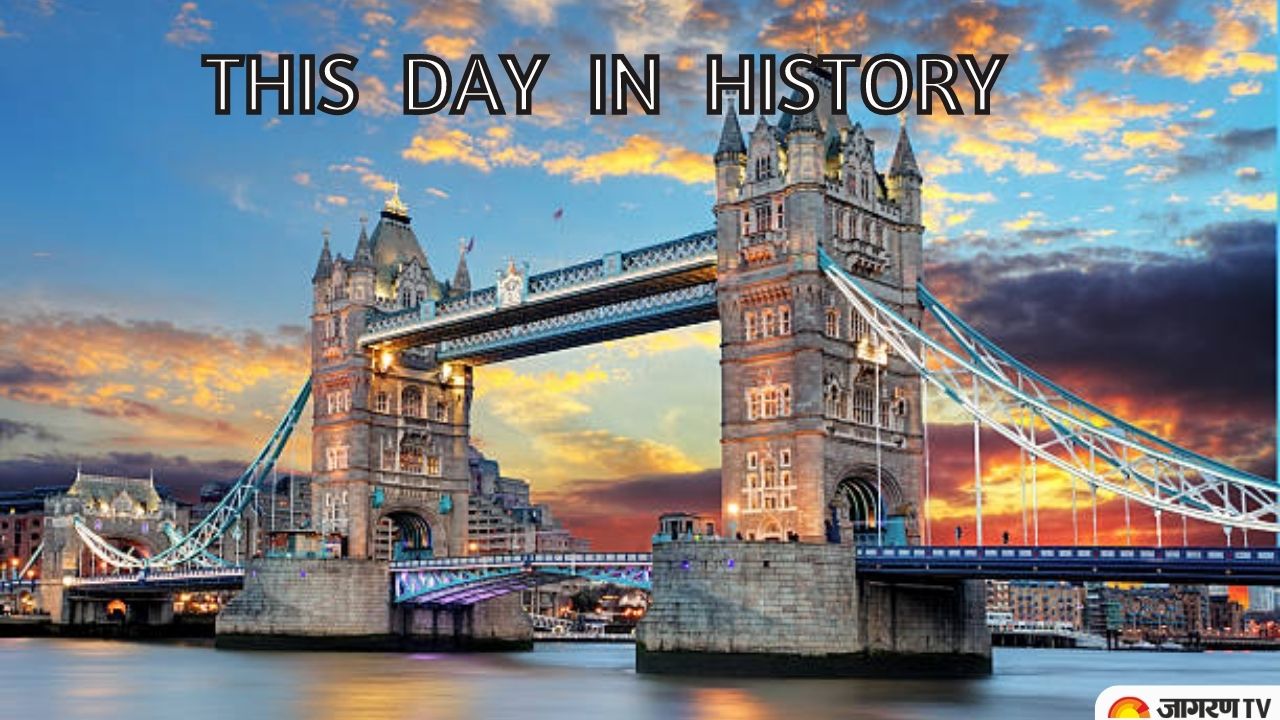 This Day in History: According to the Gregorian calendar, June 30 is the 181th day of the year and the 182st day of a leap year.

On this day let’s see some important events and anniversaries. We have compiled a list of some monumental events that happened all around the world on 30 June as well as the birthdays of famous people.

Born on this day in 1966, American former professional boxer Michael Gerard Tyson competed from 1985 until 2005. Tyson, who was once dubbed "Iron Mike" and "Kid Dynamite" before becoming renowned as "The Baddest Man on the Planet", is regarded as one of the best heavyweight fighters of all time. From 1987 through 1990, he held the undisputed heavyweight title. 12 of Tyson's first 19 professional victories by knockout came in the opening frame. Tyson holds the record for being the earliest boxer to ever win a heavyweight title, taking home his first trophy at the age of 20 years, four months, and 22 days.

On this day in 1934, Chintamani Nagesa Ramachandra Rao was born in India. He is a chemist who specialises in solid-state and structural chemistry. He has honorary doctorates from 84 universities throughout the world and has written 54 books and about 1,774 research articles. According to reports, he was a scientist who had won every other honour available in his profession but the Nobel Prize.

He has worked mainly in solid-state and structural chemistry and known for his research into superconductivity and the chemical properties of superconductive materials. pic.twitter.com/bsI7RGl0g3

Today is the death anniversary of "grand old man of India" Dada bhai naoroji (4 sept. 1825 -30 june 1917) He was the first indian to become MP under the British rule or administration. A small tribute to the legend 🙏🙏. pic.twitter.com/0bRvHX2lXg

Mahatma Gandhi, the father of the nation, was arrested for the first time in 1914 while agitating for the rights of Indians in South Africa.

1924 : Mahatma Gandhi during a hunger strike is accompanied by 6 yr old Indira Gandhi

On this day in 1937, the world's first emergency telephone number (999) was launched in London.

The 999 service was launched in London on this day 83 years ago. It was the world's first emergency phone number.

The tech and support provided have changed over the years - but emergency services control room teams are still helping and caring for Londoners all day every day. pic.twitter.com/4Ko3VYM3Ji

On this day in 1894, Tower Bridge was officially opened in London. Built in London between 1886 and 1894, the combination bascule and suspension Tower Bridge was planned by Horace Jones and engineered by John Wolfe Barry with assistance from Henry Marc Brunel. It is a Grade I listed structure. It is one of five London bridges owned and managed by the Bridge House Estates, a charity trust established in 1282, and spans the River Thames near to the Tower of London. The bridge was built to improve access to London's East End, which had increased its commercial potential in the previous century. In 1894, Edward, Prince of Wales and Alexandra, Princess of Wales inaugurated the bridge.

Bridges, boats and towers. Iconic Tower bridge in the foreground. Look to it’s right to find William the Conqueror’s Tower of London (built in 1066) then back left to the most recent iconic tower- Renzo Piano’s Shard. #isth2022 pic.twitter.com/RM7hz8NOy4

World Social Media Day was celebrated for the first time on this day in 2010 across the world. At that time, World Social Media Day was celebrated to emphasize the impact of social media in the world and its role in global communication. The first social media platform Sixdegree was launched worldwide in the year 1997. It was founded by Andrew Weinrich. At the same time, in the year 2001, it was closed after it had more than one million users.

THE NEED FOR SOLCIAL
1/6
As long as Web2 Social media platforms continue to reign supreme, the world will continue to suffer the consequences of it's selfish nature. Content Demonetization (Adpocalypse), privacy incursion and #censorship will continue to be the order of the day. pic.twitter.com/jMWEpltEPB

International Asteroid Day is another name for World Asteroid Day. The purpose of the day is to increase public awareness of asteroids and their benefits and drawbacks. This can be accomplished through holding events, offering educational materials, and interacting with a large audience online via various digital channels. The anniversary of the Tunguska impact on this day in 1908 is celebrated on World Asteroid Day. It also spreads knowledge about the part asteroids played in the creation of our cosmos, future uses for their resources, how asteroids pave the way for further research, and how we can defend our world from asteroids.

SEM of various Meteorites
Find out more at https://t.co/dWWmg6kqaD pic.twitter.com/hxUHef6aZu